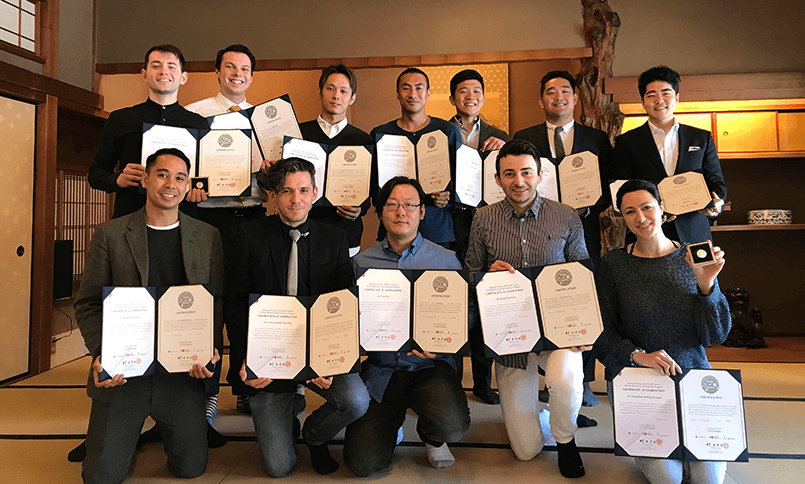 Training program on Japanese cuisine for non-Japanese chefs who are serious about studying Japanese cuisine, officially supported by the Ministry of Agriculture, Forestry and Fisheries (MAFF) of Japan.

We are now accepting applications for an online training program to acquire correct knowledge and skills in Japanese cuisine and food culture. Study under a curriculum taught by first-class chefs in your own country. It’s a great opportunity to learn techniques in authentic Japanese cuisine and obtain official certification by the Japanese government in a short period of time.

【Application period】
Submit the following documents to nihonshoku@tow.co.jp before 23:59 on Friday, October 30, 2020:
Application form, photograph of face
Copy of an official government-issued ID such as a passport

【Conditions for Participation in the Program】
■Have internet connection that enables them to watch the online training videos.
■Have a place where they can practice kitchen knife techniques (cutting vegetables and filleting fish).
■Be a non-Japanese national (non-Japanese nationals residing in Japan are also eligible).
■Be 18 or older at the time of the start of the program.
■Have the ability to speak (at a conversational level or above), read, and write English or Japanese.
■Be able to cover costs that incur during the program for things other than those stated in Covered Costs below.
■Have basic culinary skills and a strong will and desire to actively learn about Japanese food and food culture.