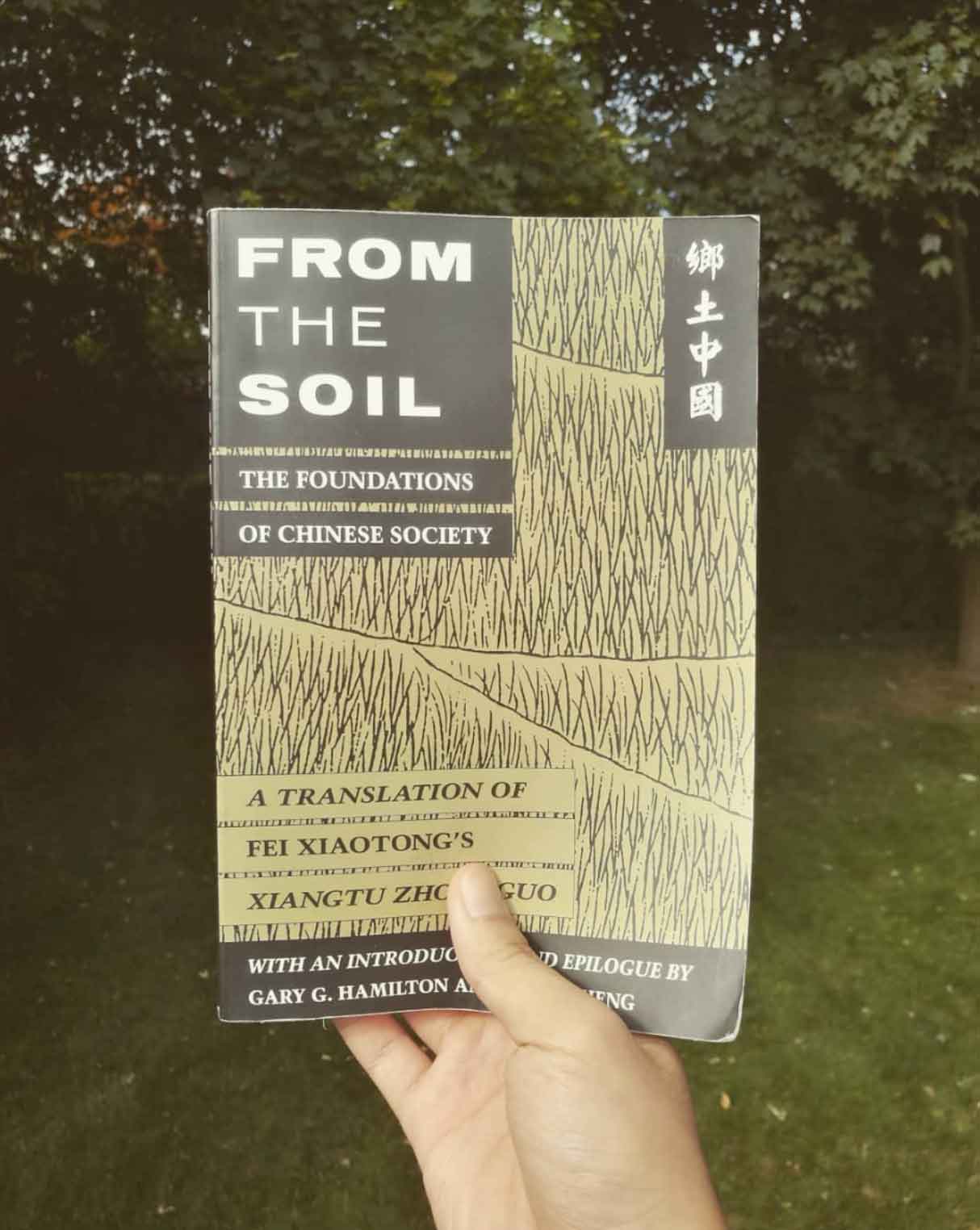 Amazing work by sociologist Fei Xiaotong, who attempts to create a sociology of and from Chinese society, instead of slavishly analyzing Chinese society through a Western theoretical lens. I wonder if there is a Korean or Japanese equivalent.  As this work was written in a series of essays in a newspaper for the educated layman, this collection is eminently readable–Fei’s ability to translate theoretical insights for public consumption is something that I find admirable. According to Fei, Chinese society is fundamentally rural (from the soil); from this foundation Fei builds up his analysis. . A rural society is a ritual and custom based society–it is the culmination of generations of lives in a slow-changing environment, where the unknown becomes familiar through practice (习), and is solidified with rituals. In this society, to “follow these norms is to follow one’s own heart amd mind” and “society and the individual become one”.  Born from a rural society, Chinese people have a different conception of individual and the group. The dominant social structure of the West is what he terms “organizational mode of association” (团体格局), where distinct individuals come together to form organizations with solid boundaries. Fei uses the image of the rice straw bound into small bundles, which are then bound into bigger bundles to represent this social structure.

In comparison, the Chinese social structure is like “the circles that appear on the surface of a lake when a rock is thrown into it” (p. 62). They are self-centered. Through ritual, one cultivates moral character in one’s differentially classified relationships (伦, one example is the Confucian father-son relationship, in which each party has a moral duty to the other). By cultivating moral character and cultivating the inner sphere, one pushes (推) oneself out to other social relationships: “the path runs from the self to the family, from the family to the state, and from the state to the whole world” (p. 66). This concept of the self is not individualistic, as in the Western mode, but “amounts to egocentrism.” Fei calls this mode of social organization the “differential mode of association” (差序格局). As the sphere around the self expands and contracts, there is an elasticity in social relationships, and the public and private are also constantly shifting and ambiguous.

Because of the centrality of concrete, differentiated personal relationships in Chinese society, there is no abstract set of ethical principles. In Fei’s interpretation, this ethical ambiguity is why the concept of ren (仁), or benevolence, is never specifically defined by Confucius. Unlike the concept of an undifferentiated, universal love in Christianity, Confucius returned to concrete examples in individual relationships to express ren.  There is also more in his analysis about gender relationships, Chinese patrilineality, etc., but will not go through these. As an intellectual, Fei was involved in the debates of his age, one of which was the Rural Reconstruction Movement; Fei has interesting things to say about literacy in the countryside, but I leave this out.