The 2019 Red Bull Reign 3X3 tournament, held on the Exhibition Place basketball courts challenged some of the best ballers from around to world to compete for the street ball crown.

The 3-on-3 global basketball tournament is a dynamic competition bringing together ballers from
16 nations in an intense, offence-focused, grind. Half-court games are played. Each team shall consist of 4 players (3 players on the court and 1 substitution. The fast-pace tournament has unique rules. Each game is 10 minutes, whichever team scores 21 points first or has more points after 10 minutes wins the game. After a basket, the game continues—no check-balls are required unless the ball is out of bounds or if there’s a foul or violation.

The tournament is open for men who are 16+ years of age. Three of the four players of the team must have citizenship of the country the tournament is played in. One player is allowed to have foreign citizenship. Red Bull Reign uses a unique set of rules based on the gameplay of the FIBA rules.

Miwa (Andy) Ando plays for the Sparks in Basketball World Toronto (BWT). She also plays for the George Brown Huskies in the OCAA. Originally from Japan, Andy has been in Toronto for the past seven years and has a clean fadeaway jumper. 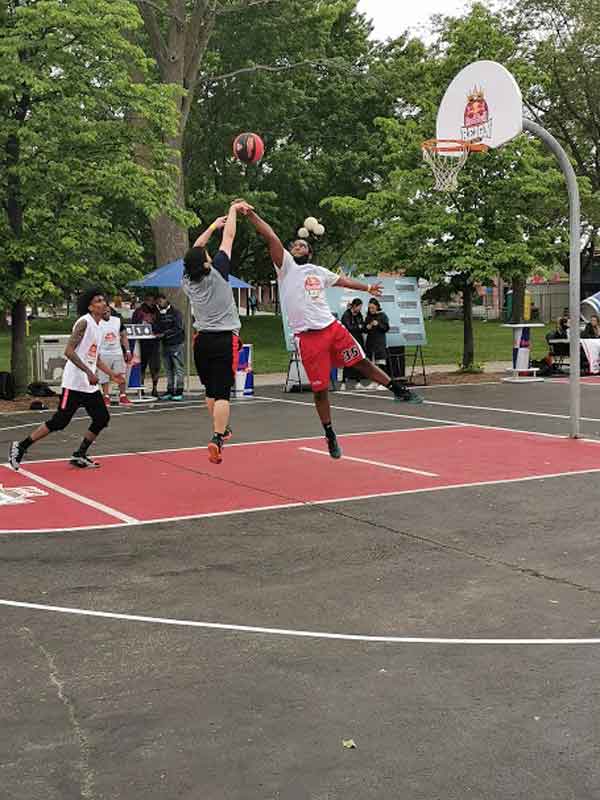 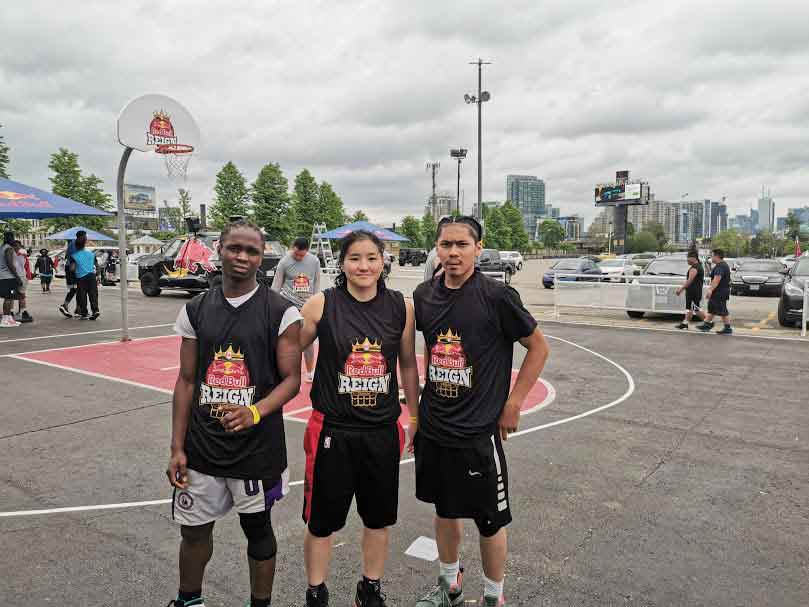 In a previous article, we discussed Teru Ikeda and Anthony Ottley’s team, “Ikeda” in a Red Bull 3×3 tournament. 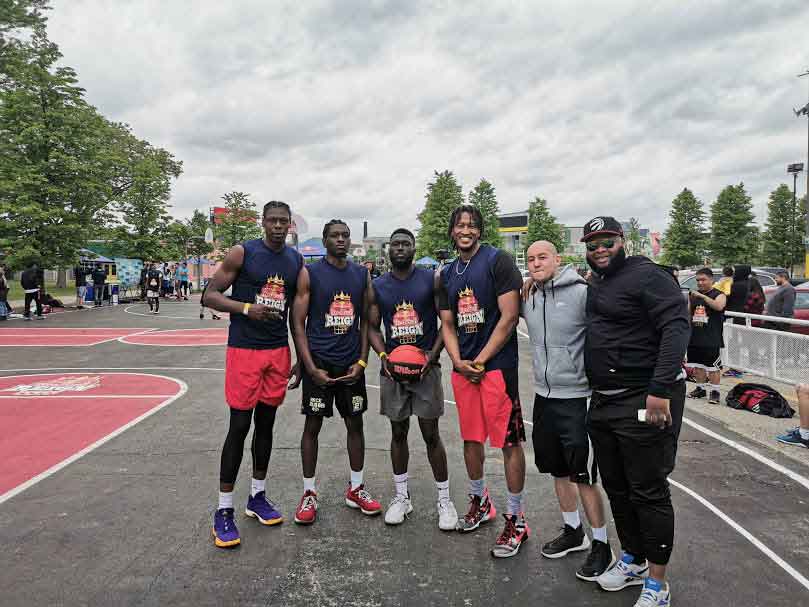 Other players on the roaster include:

Khalid Adam, who recently moved to Canada from Qatar. He’s a pro, played professionally in Qatar for nine years. He recently went to his first ever Jurassic Park game for Game 5. Gilbert Gyamfi, who came back to Toronto from playing professionally in France. He is currently practicing with the Niagara River Lions, a professional basketball team in the newly-formed CEBL (Canadian Elite Basketball League). Teru Ikeda, who organized the team and is currently a basketball writer for On Point Basketball, a grassroots Canadian basketball platform. He’s witnessed the game grow here and with the recent success of Japan’s B. League and upcoming Olympics, he wants to facilitate player movement between Japan and Canada. And of course, Anthony Ottley, who plays professionally for the Windsor Express and looks is currently exploring options to play overseas, in Japan.

At the same time, Red Bull Reign have tournaments happening in Vancouver, Winnipeg, and Ottawa as well. The winners of the tournaments will compete in the national qualifiers and world qualifiers in Crombie Park, Toronto, on August 30th and 31st.

Ikeda unfortunately fell short in the semi-finals. Team On Point won the Toronto qualifiers and will compete at the national qualifiers on August 30th. The winner from Canada will compete in the world championships in Crombie Park the following day. The Red Bull Reign 2019 Indian finals, were held at Indian Gymkhana, Mumbai, on 8th June. Northern Spartans won the national finals and will represent India in the world finals.