– The original ways of enjoying photography 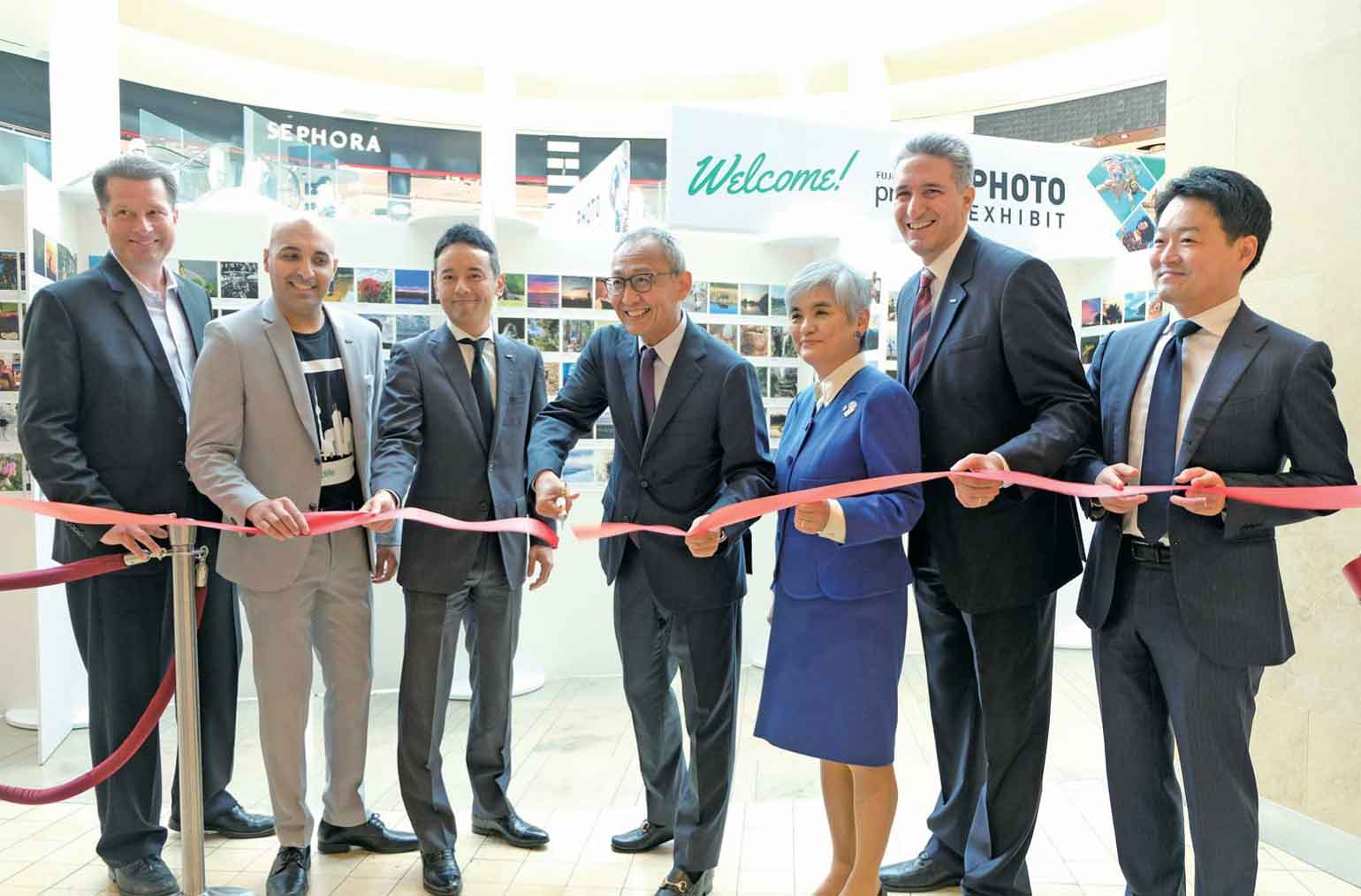 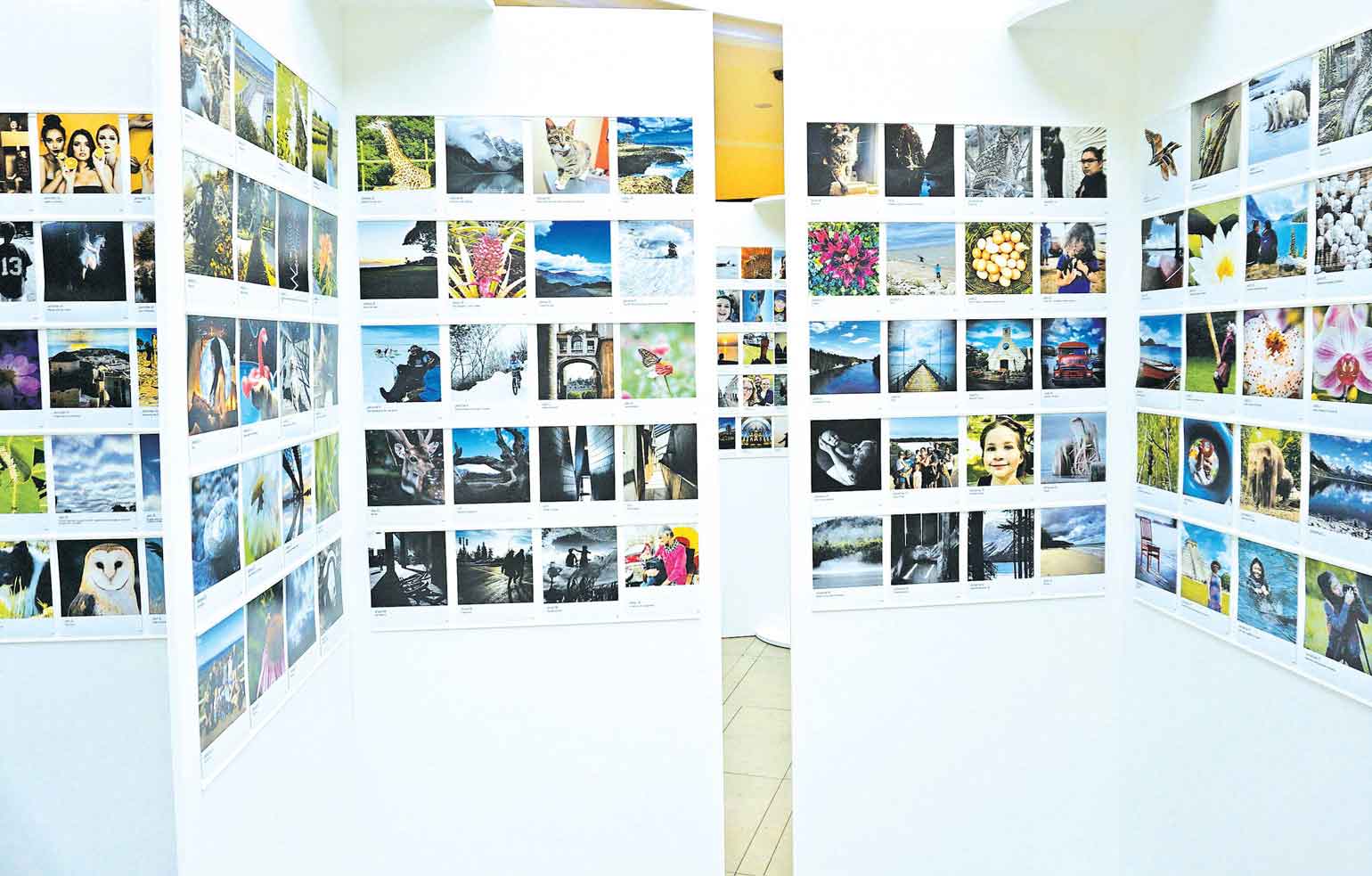 Presented by Fujifilm Canada, the Fujifilm Printlife Photo Exhibit 2019 was held between October 7 and October 13 at Mississauga’s Square One Mall. The exhibit’s theme was “Connecting Memories,” and the gallery wall contained more than 3,700 pieces of photography from all age groups submitted by non-professionals in Canada. Consul-General Takako Ito and the Canadian photographer Randy VanDerStarren attended the opening reception. 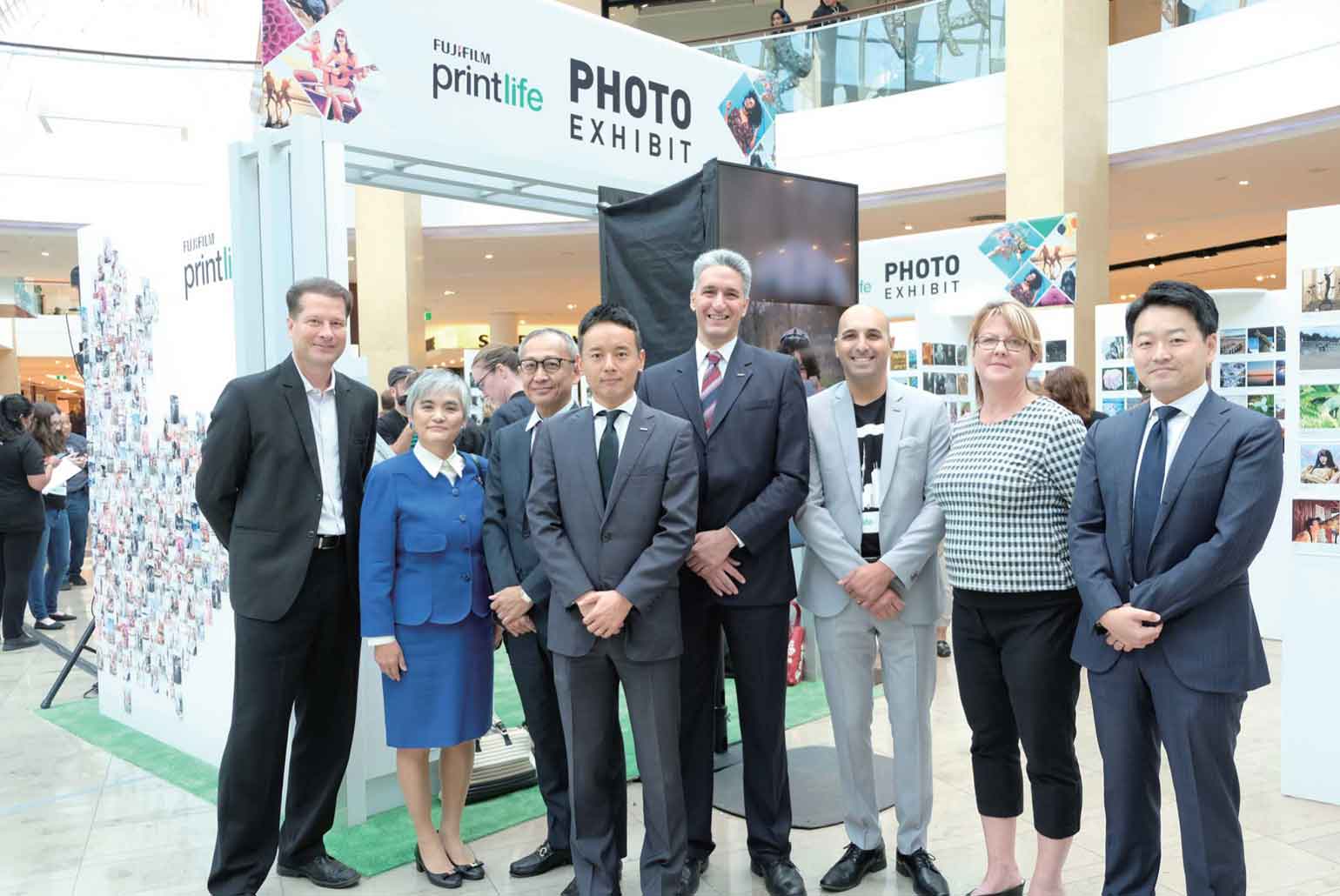 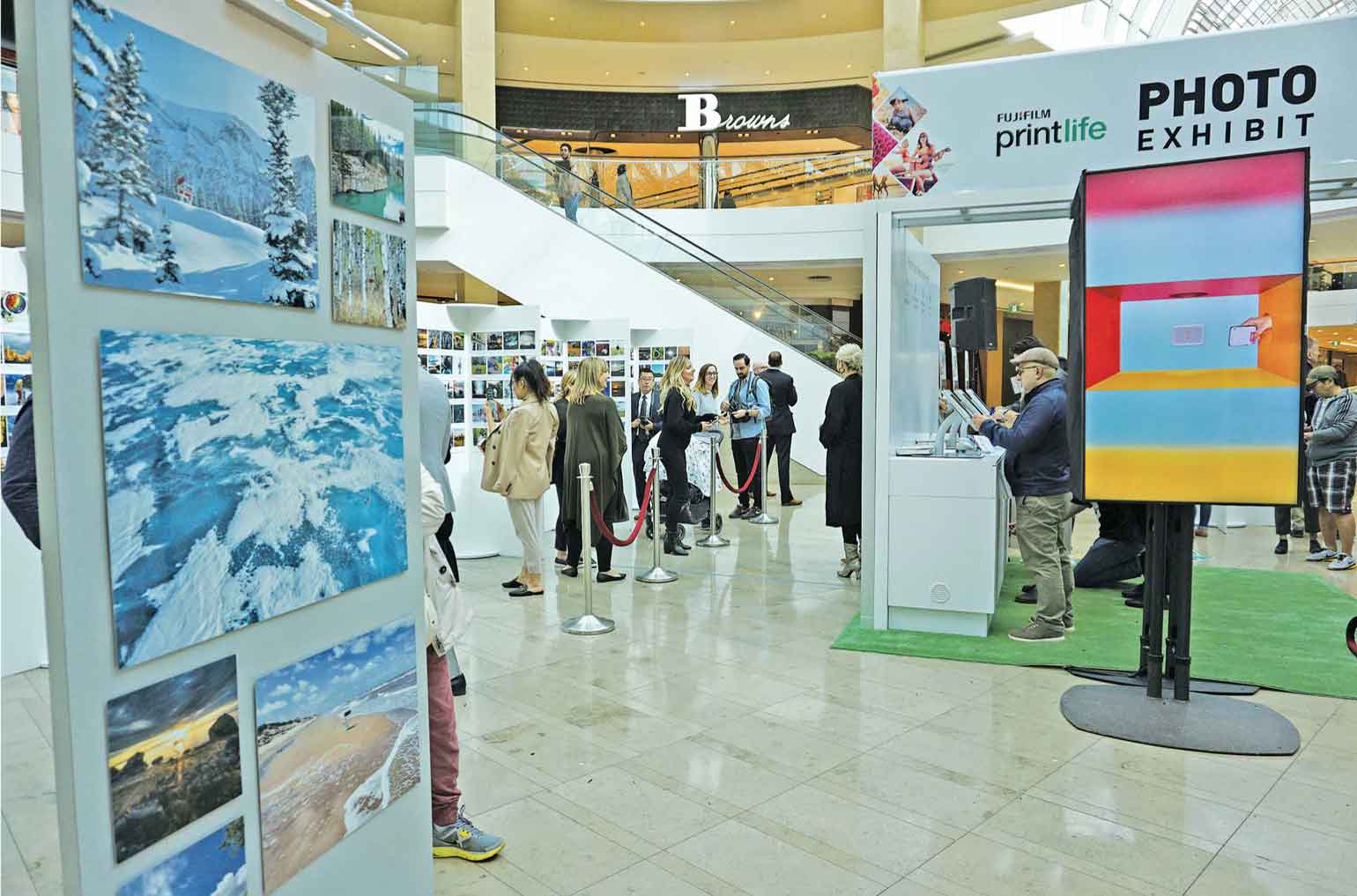 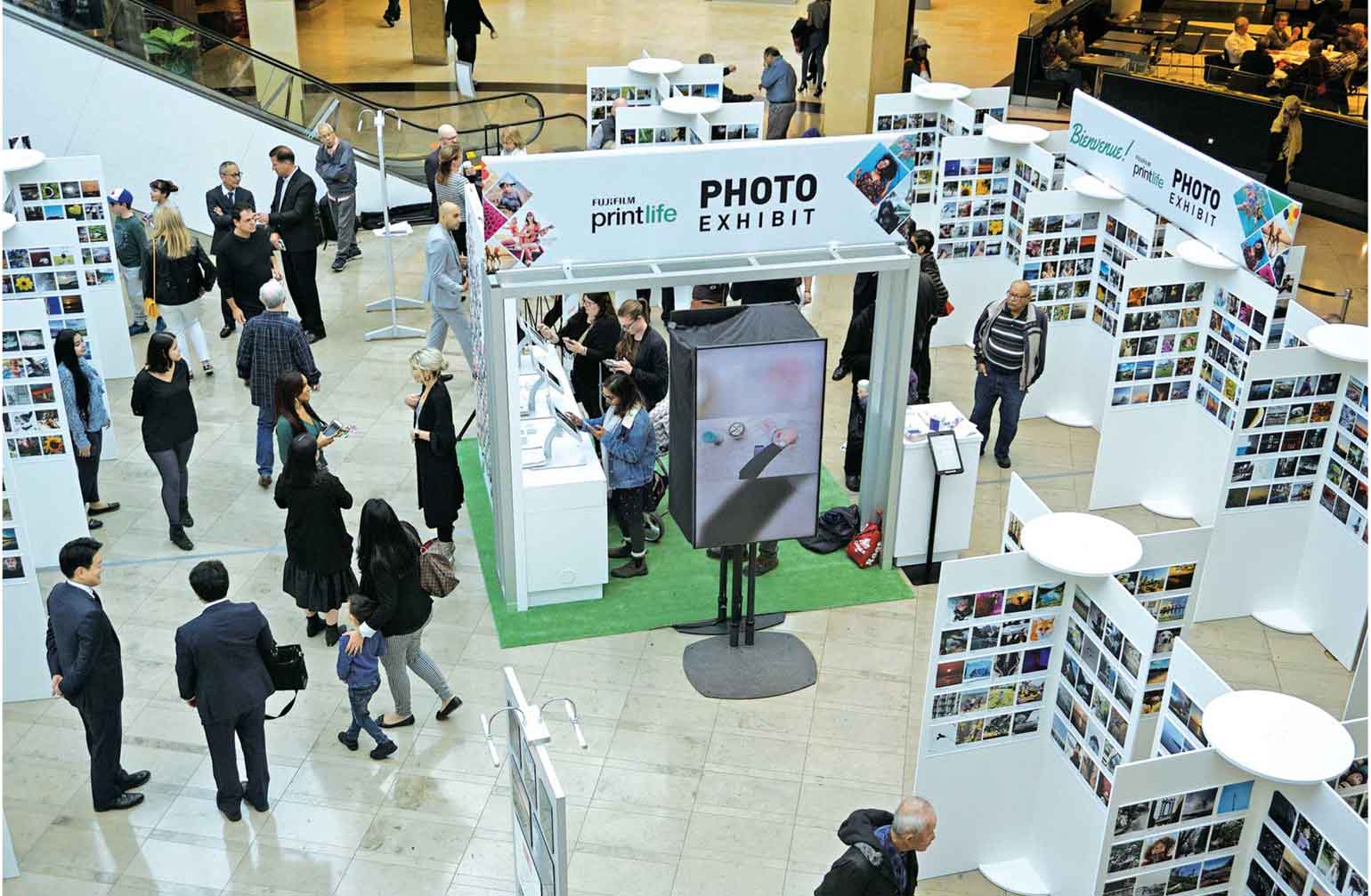 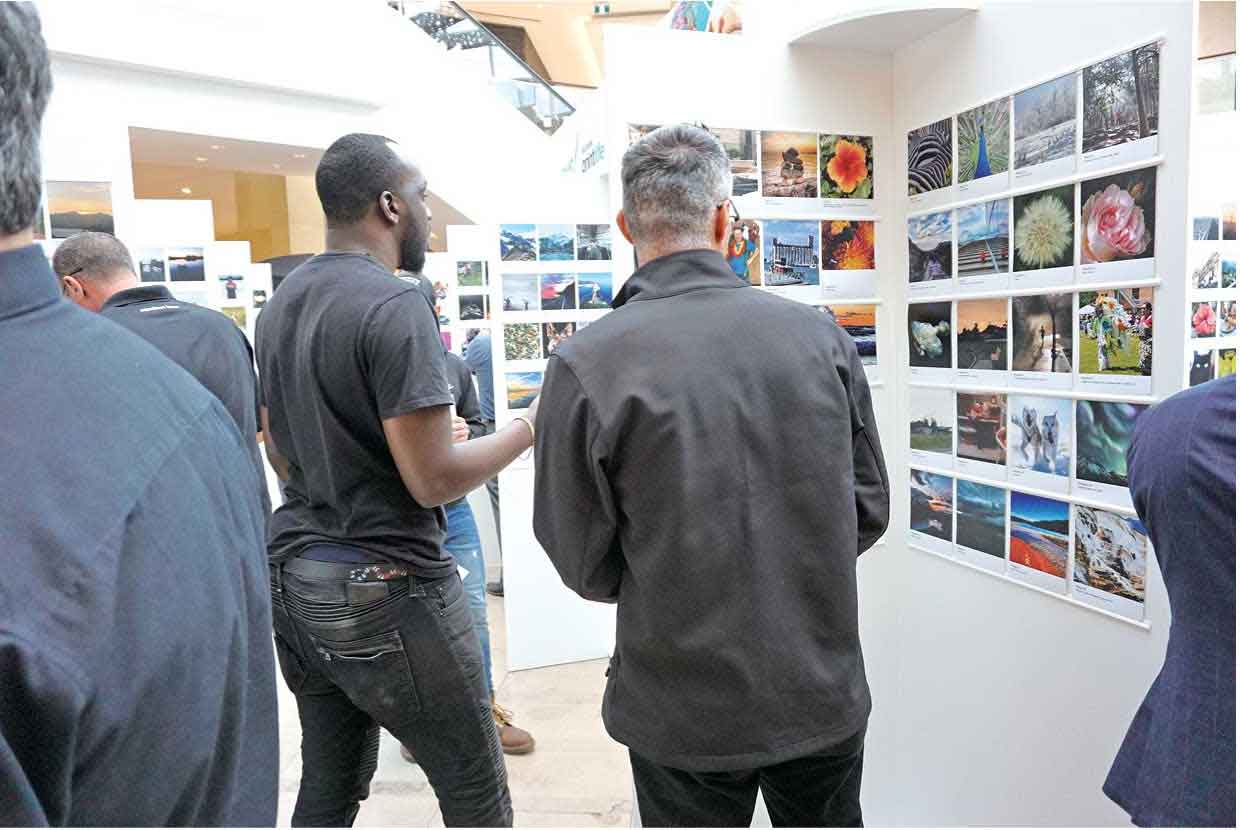 Fujifilm’s Global Photo Exhibition was started in 2006 in Japan as “The Photography Exhibit of 10,000 People.” The exhibit collected photography from Japan, the Americas, and Europe, and aimed to showcase the joy of printing one’s own photography. The event has expanded year-after-year, and was dubbed “The Photography Exhibit of 50,000 People” in 2017. These days, the allure of being able to exhibit photography regardless of pedigree draws over 100,000 enthusiasts all over the world to submit their works.

In Canada, the exhibit has coined the phrase, “Printlife,” and the first show was held at Toronto Pearson International Airport in 2018. This year, it has grown bigger with more submissions and greater attendance.

Photography not only decorates your home and preserves your treasured memories, but also can motivate you at home and the workplace, and become sources of inspiration for the viewer. It can also be gifted to those important to you. Through the works exhibited, the visitors learn first-hand about Printlife’s concept of “Shooting, Preserving, Displaying, and Gifting”. 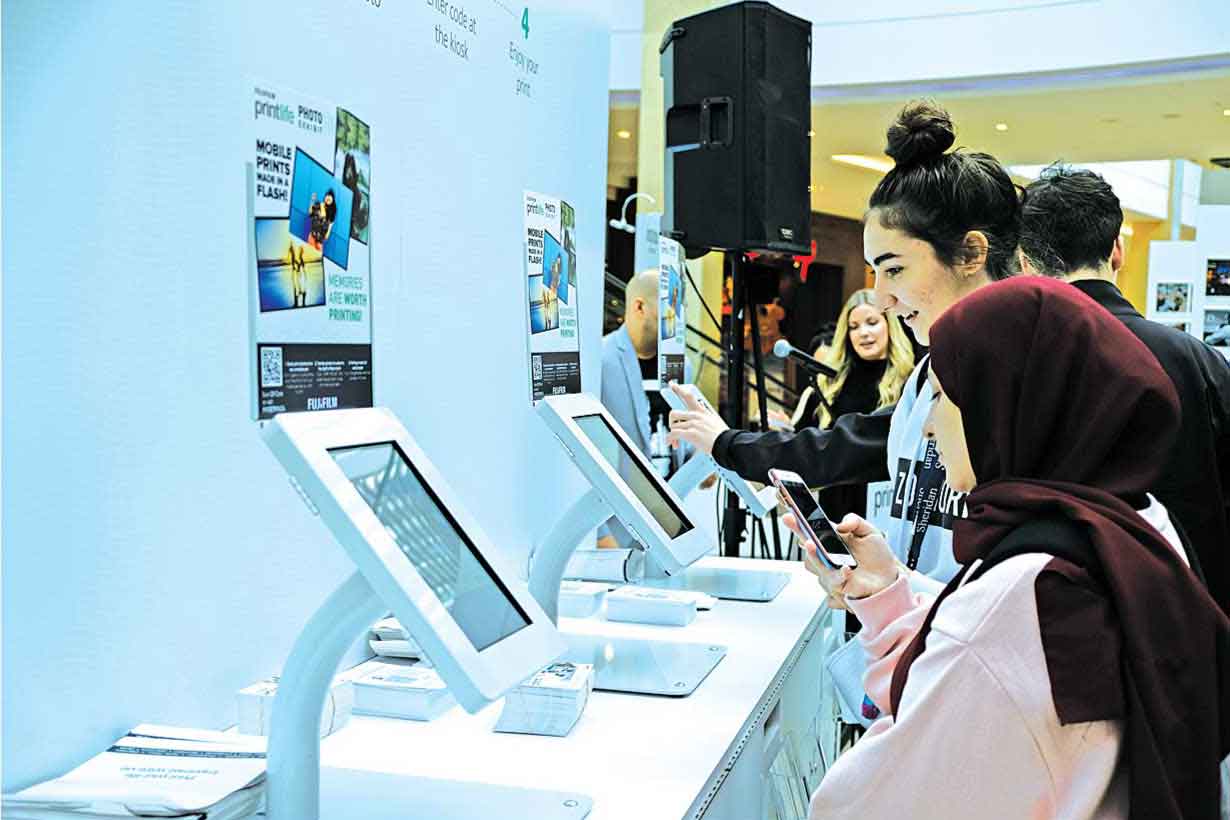 Magnitude of Photos Displayed Horizontally and Vertically on the Wall

The photos include scenes of the sunset, the wonders of nature, loved pets, family, friends and lovers. Through them, the viewers receive a sense of the photographers’ identity and memories. All over the floor, there were people admiring their own photography and taking selfie photos with photos they love.

“Photography can showcase the beauty of nature,” one visitor who submitted a photograph of cherry blossoms in Hamilton said happily. “I thought to shoot the inside of the flowers, but after seeing the prints, I felt ever more impressed by how true it was to the real beauty of the moment.” 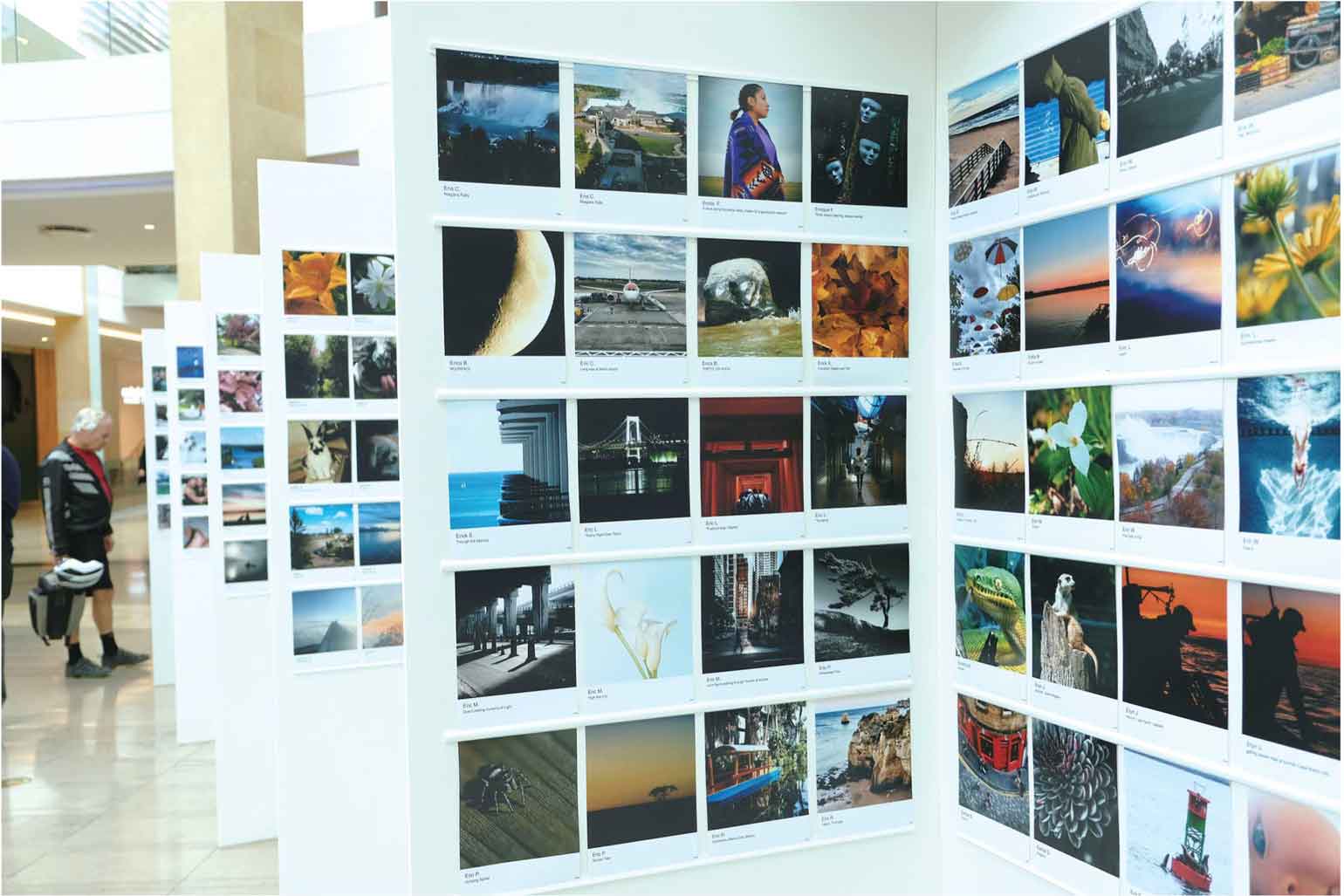 The Printlife exhibit also contained photography of Canada from photographer Randy VanDerStarren. Some of the photos were taken on top of cliffs and others were from the icebergs floating at sea. The red chair in his photos is made more impressive by the grandiose scale of the Canadian environment. 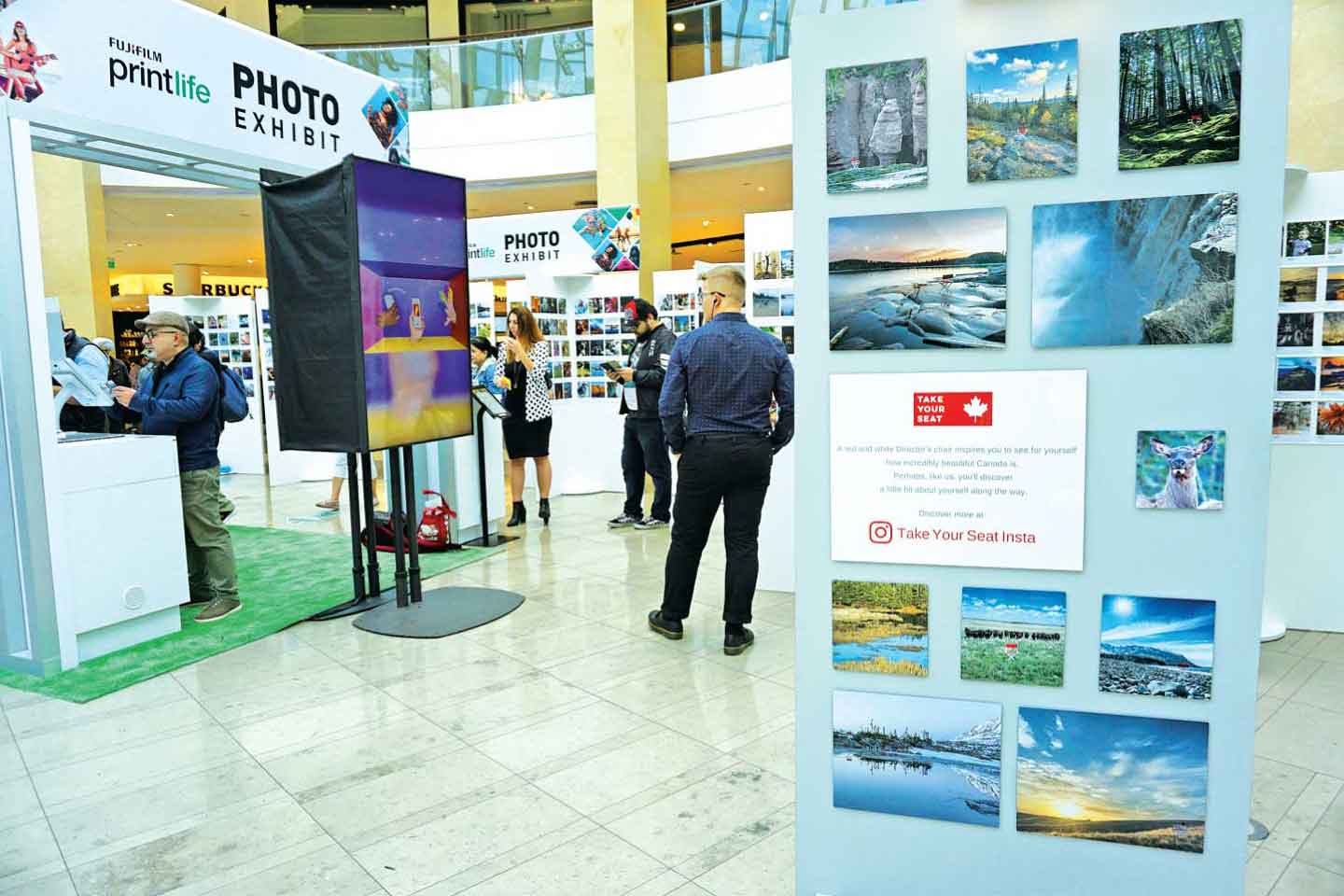 Mr. VanDerStarren has taken the Take Your Seat project to places all over the world, including Japan, Hong Kong and Turkey. The photography of Canada and Japan celebrate the 90th anniversary of diplomatic relations between the two countries. Take Your Seat has been shown at the Canadian Embassy in Tokyo, the Japanese Embassy in Ottawa, and at the Toronto Japanese Film Festival.

Consul-General Ito congratulated the second year of the photo exhibit and the fantastic amount of submissions. “Last year, the exhibit delighted travellers at Pearson International Airport, and this year, it brought joy to visitors at the shopping mall,” Ito said, “While this year marks the 40th anniversary of Fujifilm in Canada, the company continues to introduce wonderful technology to not just Canada but to the world, pioneering the tech industry with solutions such as Instax, photo books and medical devices.” Ito gave strong praises to the company. 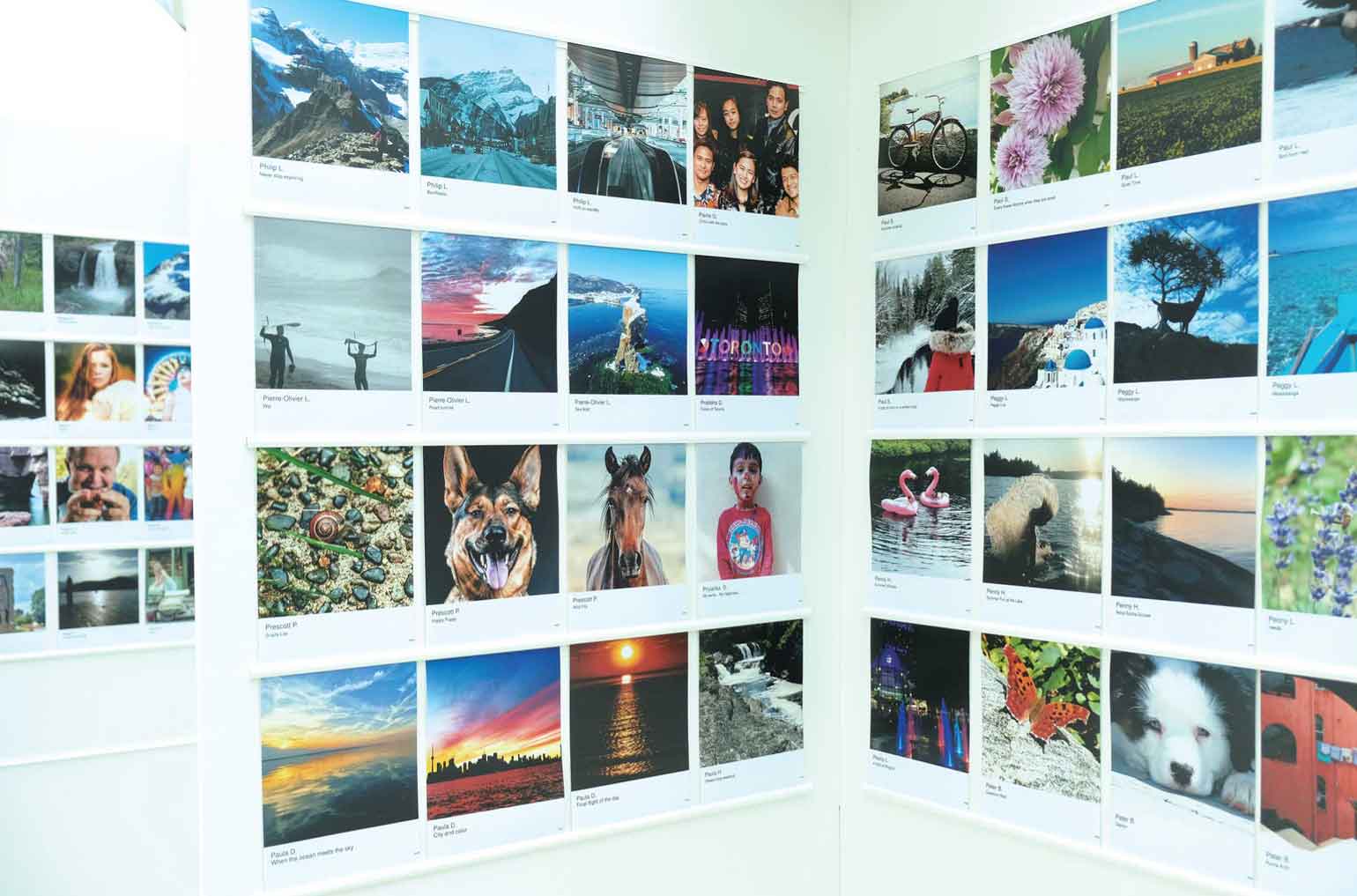 “We see, on the 90th anniversary of Japan-Canada diplomatic relations, how the two countries are partners who share similar values and similar appreciation for beautiful photography,” Ito added. “The camera’s lens does not lie. It brings the colours, shapes and atmosphere to those who have yet to experience. Photography has the power to bring people together, overcoming barriers of language. Memories of people, places and events can be shared through photos. These days, people can take photos anywhere with smartphones, but I still enjoy looking at photos of my family and nature hanging at home.” Ito ended her speech by saying that she hopes people overseas can become interested in Japan through the photographs. 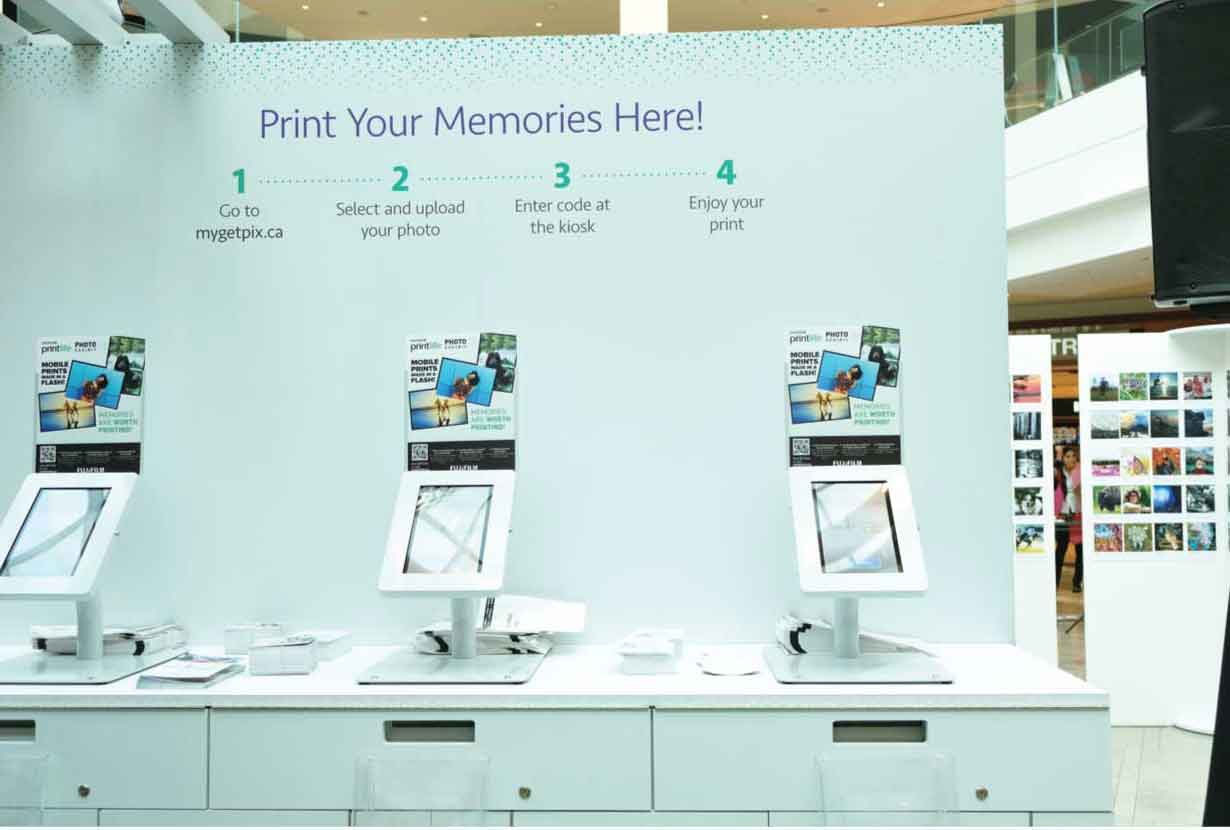 Fujifilm Canada’s Printlife offers a service that prints digital photos in customizable sizes and shapes, ready to be used in various ways, such as being displayed at home or gifted to others.

The Photobook service can create a collection of photographs that document your children’s growth and memories with loved ones. It is very popular.

Inside the exhibit hall, visitors can experience Printlife for free, and use the photobooth before printing the photos. TORJA staff also joined the line for the photos. After inserting the card into the machine, we waited with happy anticipation for around 2 minutes for the photos to be printed. The time spent waiting is also part of the enjoyment. 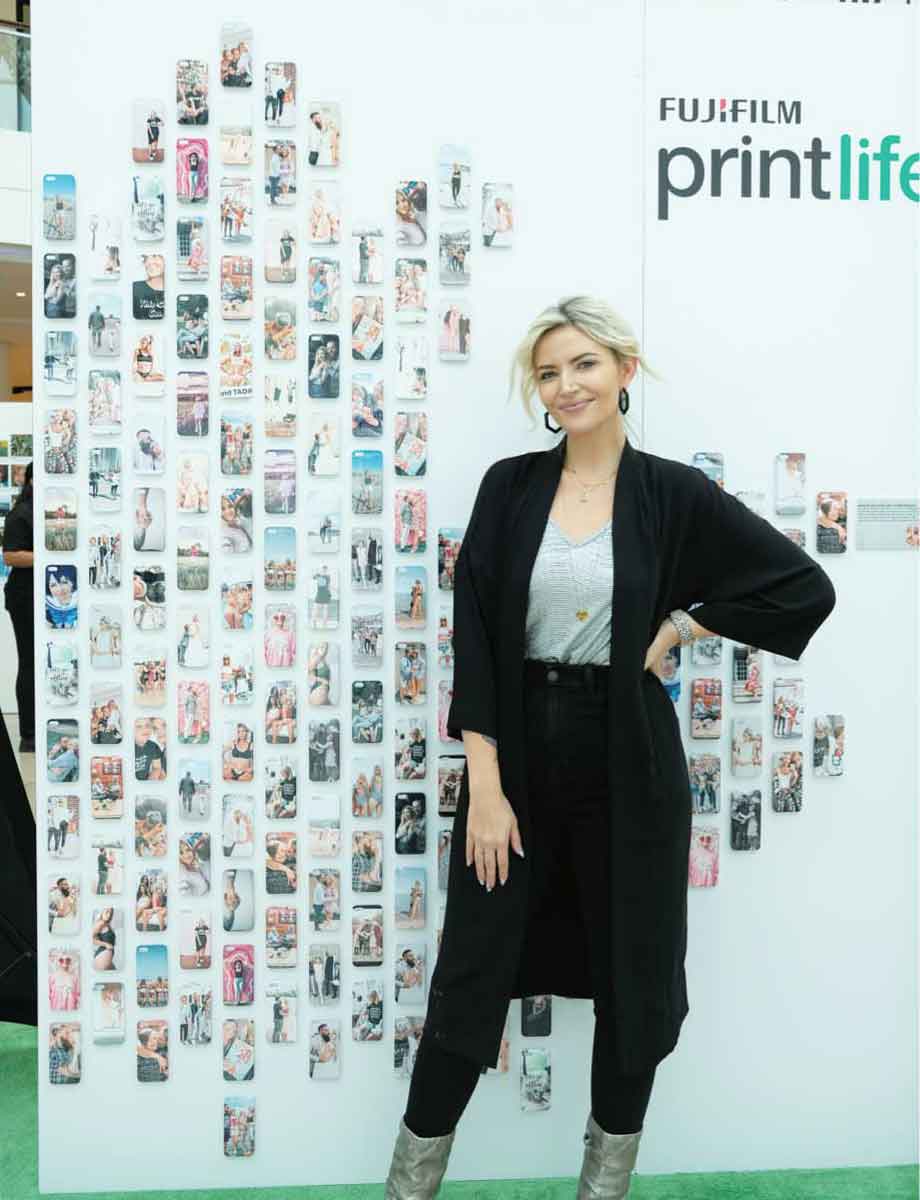 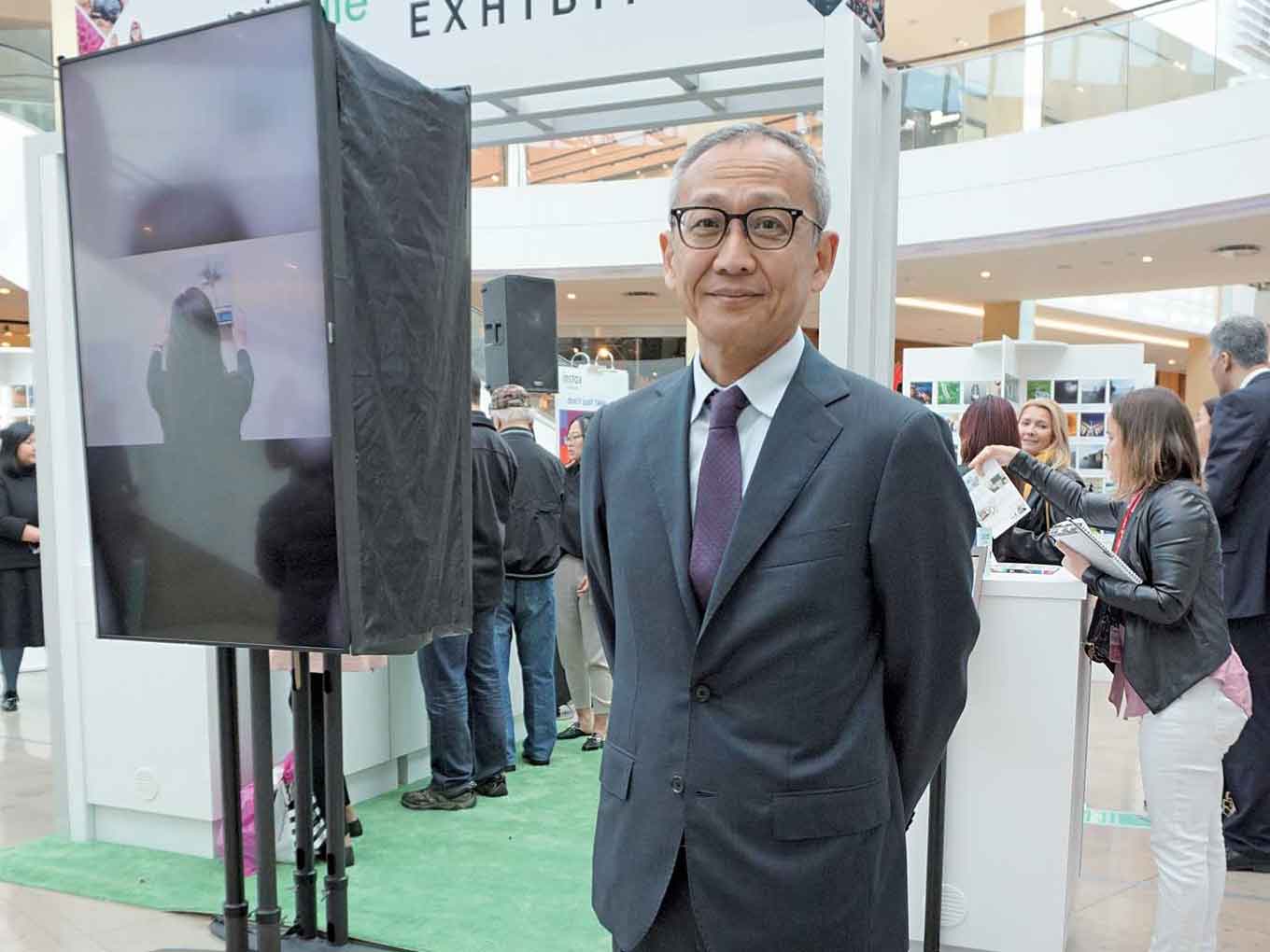 “Photos by Canadian photographers feel like they have more humanity than photos from the U.S. or Japan.”

Q: The number of entries has grown since last year!

A: As the exhibit’s scale grows, so will the number of submissions. I wish more people get a chance to see the photos, and that this event can be held in Canada each year. Photos by Canadian photographers feel like they have more humanity than photos from the U.S. or Japan. And it is impressive to see photos of the vast Canadian wilderness and natural beauty.

Q: What have visitors talked to you about so far?

A: Many people told me that they hope this exhibit can continue. They are not only happy to see their own works, but also happy for others to exhibit their works. They are very happy that their works get exposure regardless of their experience. 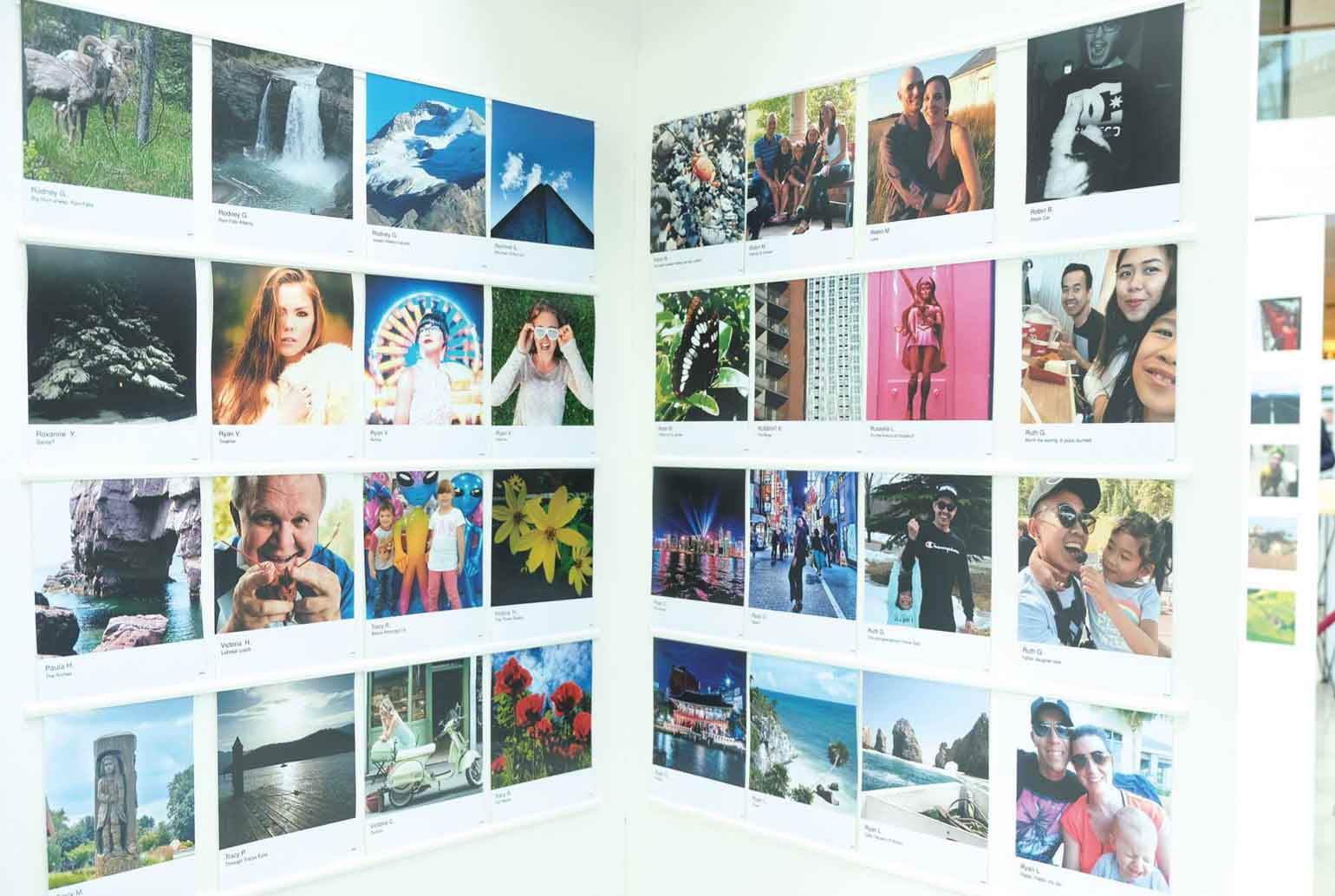 Q: What would you say is the appeal of Printlife?

A: Printlife helps people enjoy photography in a relaxed way. In the age of smartphones, people become more and more distant in evaluating photos as a printed object. The process of selecting photos for printing is a source of enjoyment. You can create a physical record of your child’s growth, and the photos change how people communicate with one another.

Q: How does the Canadian market compare with the U.S. market?

A: We actually had a goal to start this project in Canada first. We wanted to see how the Canadian audience reacted to our pricing and products, before launching it in the U.S. in about six months. It was the case for Printlife and Instax. We also launched products based on the feedback from Canadian users. Because French is a common language here, we were also able to gain knowledge about the European market.

Q: Gifting and displaying photographs is very intriguing. Could you tell us more about how Fujifilm hopes to expand in Canada in the era of smartphones?

A: Printlife was developed in Canada, and is now launched all over the world. Photography used to be limited to special events such as traveling and sporting events, but now through smartphones, they are taken ubiquitously. I hope the world can learn to enjoy printing the photographs of things and people closest to us, and treasure these important images.

Q: Fujifilm has been making a return to film. Does the concept of treasuring photography as important objects tie into this new direction?

A: This project was founded on the idea to share photography with the world, so I am happy to hear you say that. 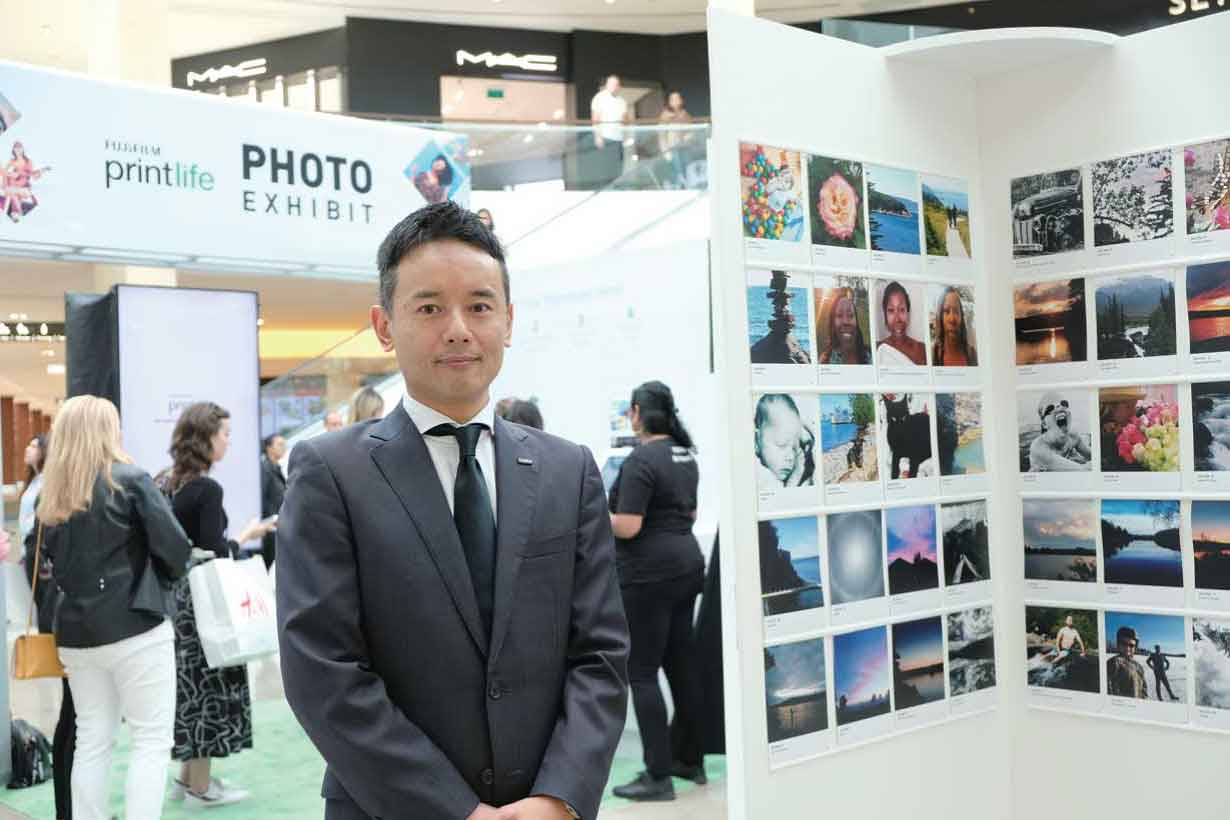 “I hope people communicate with the photo prints and see their warmth.”

A: I feel like we have achieved as a company to appeal to the market with the power of photography as a communication tool. This is how we were able to get so many people together. Of course, because Canada has a lot of nature, there were lots of very advanced photos.

Q: How do you hope to convey the concept of printing photos to audiences that have grown accustomed to shooting photos with smartphones?

A: Through not just taking digital photos, but also printing photos, I hope people can see the warmth in physical photos, and realize that they are a source of communication that is different from the screen of a PC or smartphone. People will be moved by printed images. I hope more people learn about this. 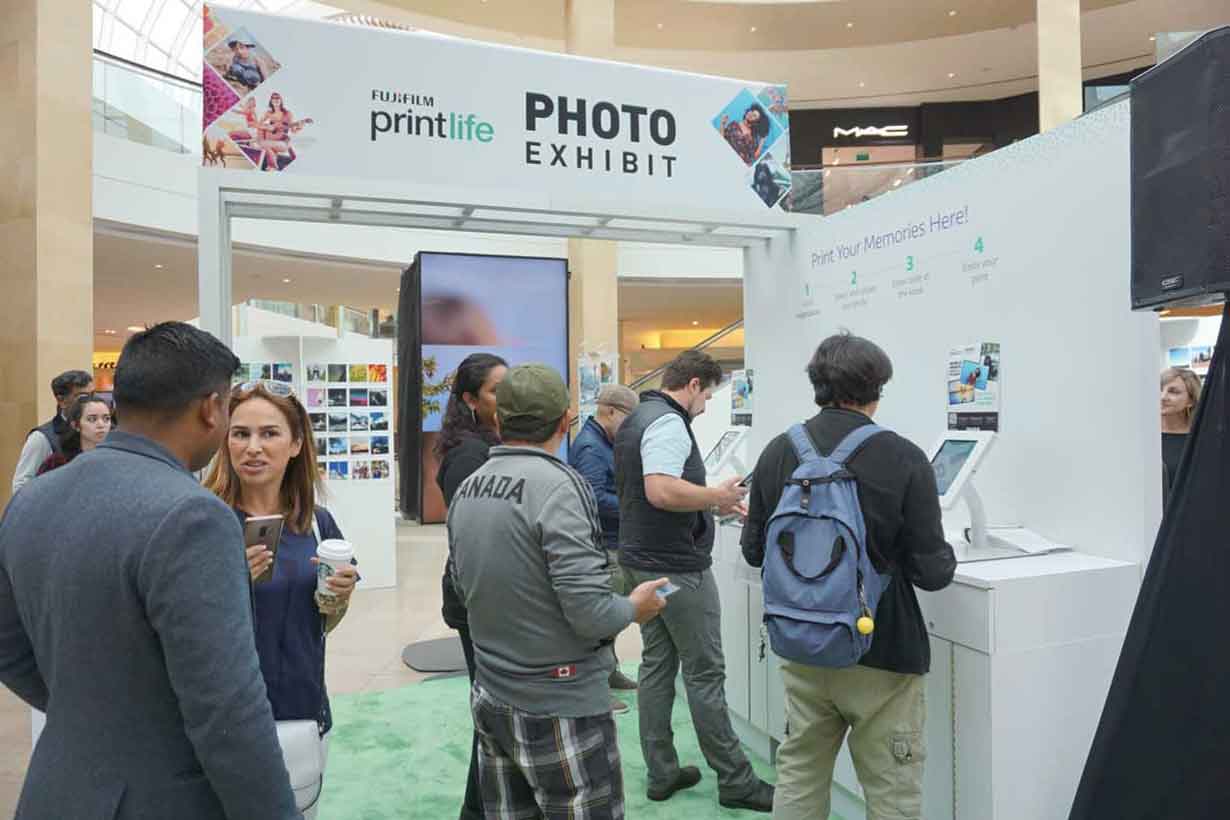 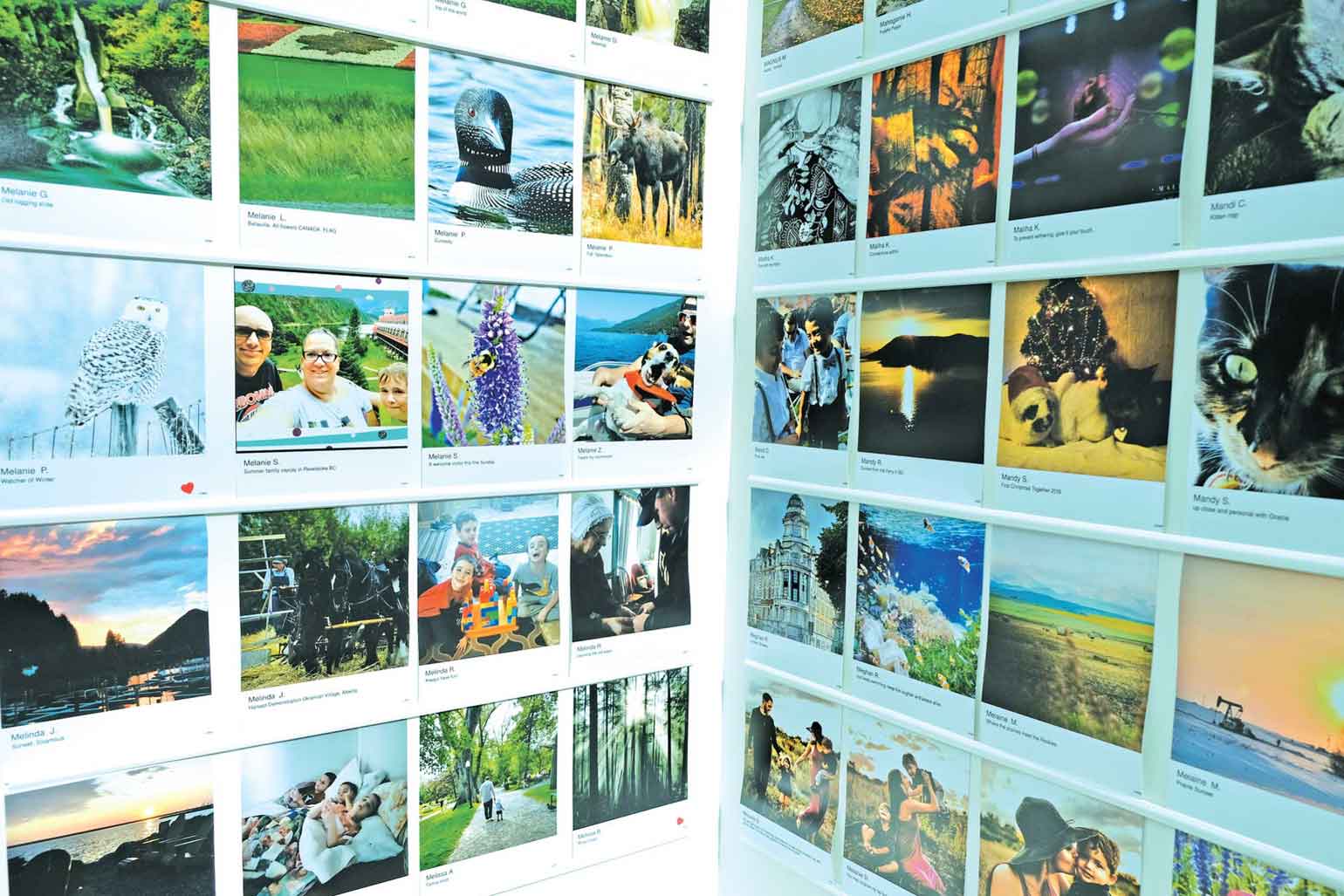 Q: Do you have comments to the many Japanese Canadians who use Fujifilm brand cameras, Instax and prints?

A: Many people in Japan love Fujifilm. We hope we can expand our photography business in Canada in a similar fashion. I hope the folks back in Japan recognize our vision to share the joy of cameras and photos to the world, and give us support. 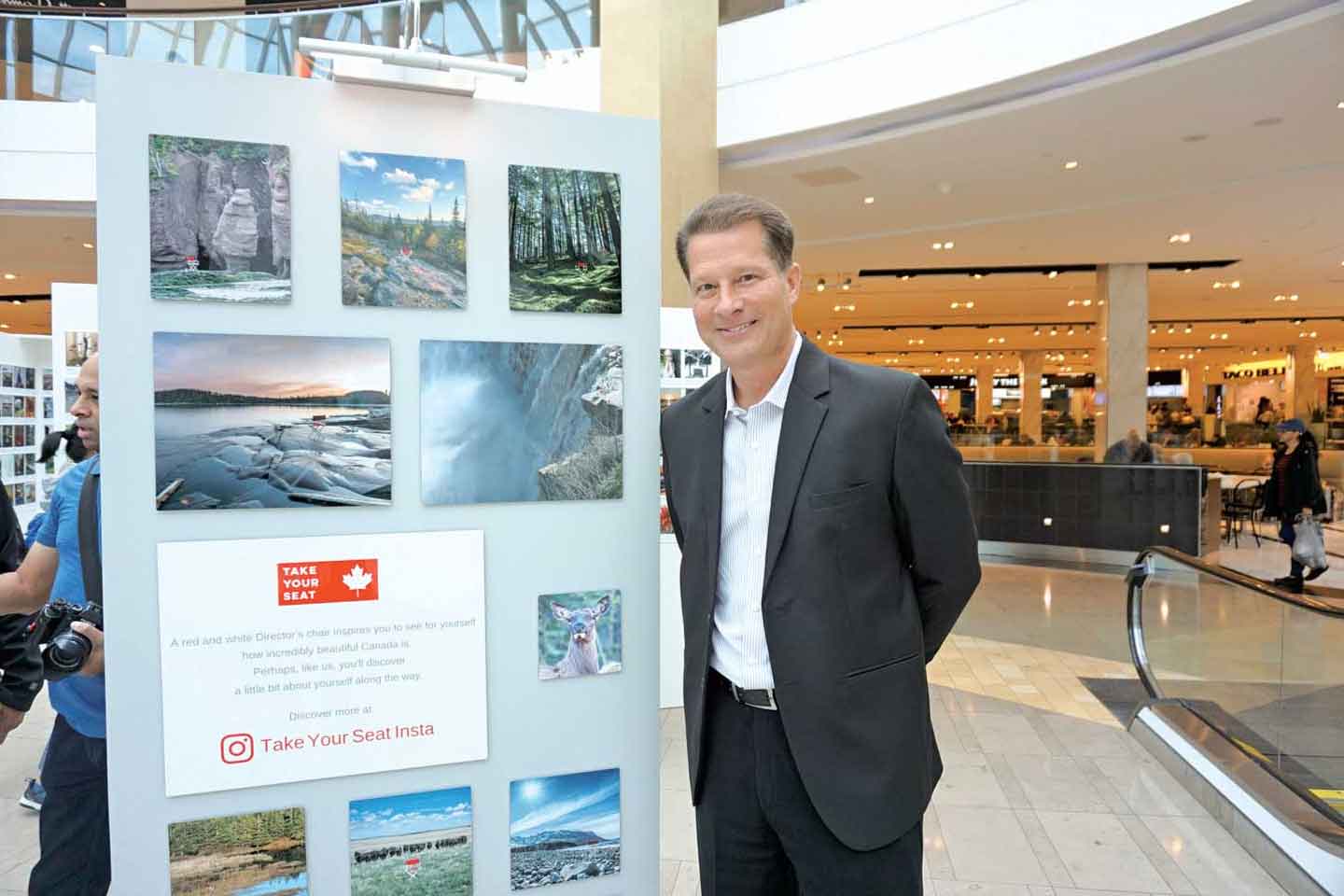 I am very honoured so many people could visit the exhibit and see my works. The series shown here is only a small portion of my “Canada 150th” collection. I spent 24 days traveling from the west coast to the east coast of Canada, in order to capture each photo in their natural element. You can find photos from Quebec, BC, and Nova Scotia. There are also photos taken from the top of cliffs where you could be blown away at any time.

The red chair is simply a director’s chair. Life is a giant movie screen, and people are their own director. I took the photos with that idea in mind. At the same time, photos can connect people regardless of language. People are the same all over the world. In my photography, I can imagine myself sitting in various locations around the world. The chair acts as a reminder of each individual’s impact on the earth.

My works were shown at the Japanese embassy and at the Toronto Japanese Film Festival earlier this year. I have been working in Hong Kong and Turkey, and I plan to take my project to the U.A.E., Vietnam and Georgia. My dream is that people can feel a close connection with the world through my photos. I hope my photos can inspire people to think about the earth, about themselves, and what they are doing. 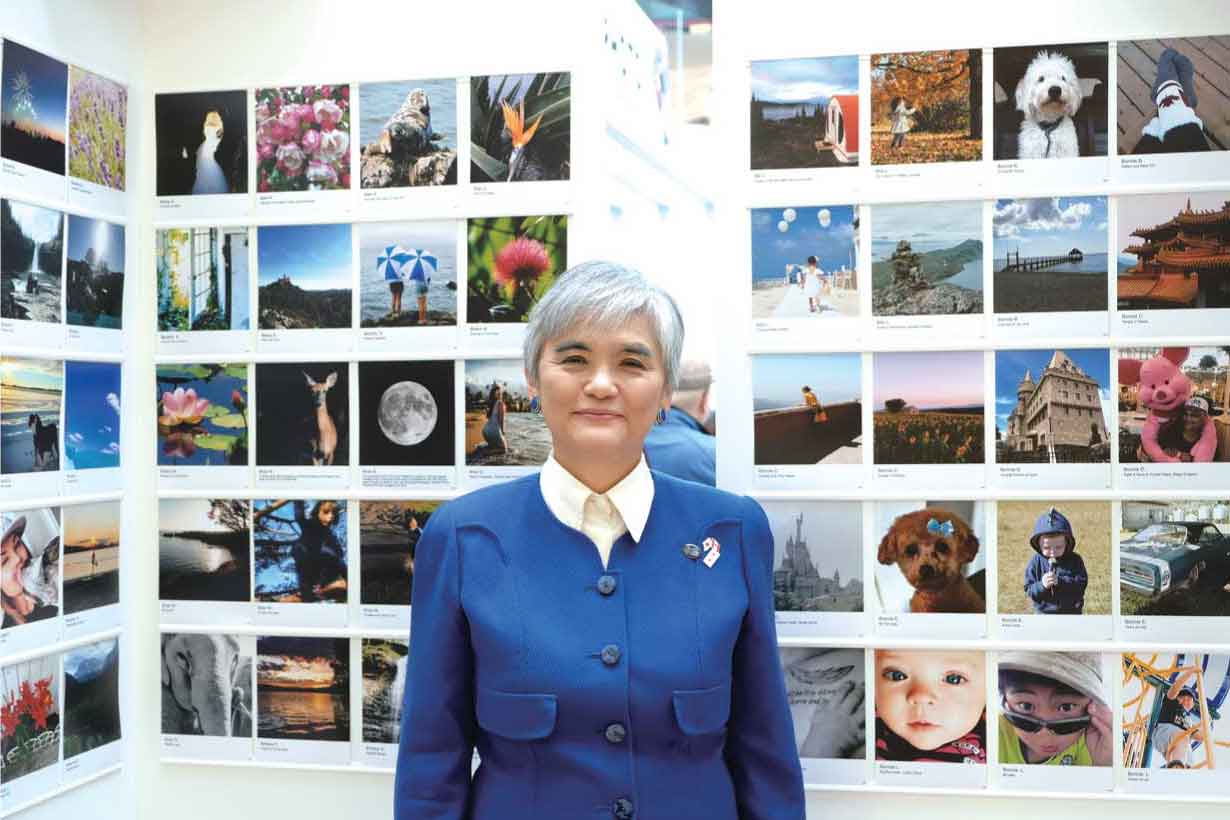 I am very glad that the exhibit this year is held at the popular Square One mall, where many shoppers can visit freely. The photos of girls leaping into the water, and of baby birds opening their beaks, left strong impressions on me. There were so many wonderful photos that both make people feel happy, and showcase the awesomeness of nature.