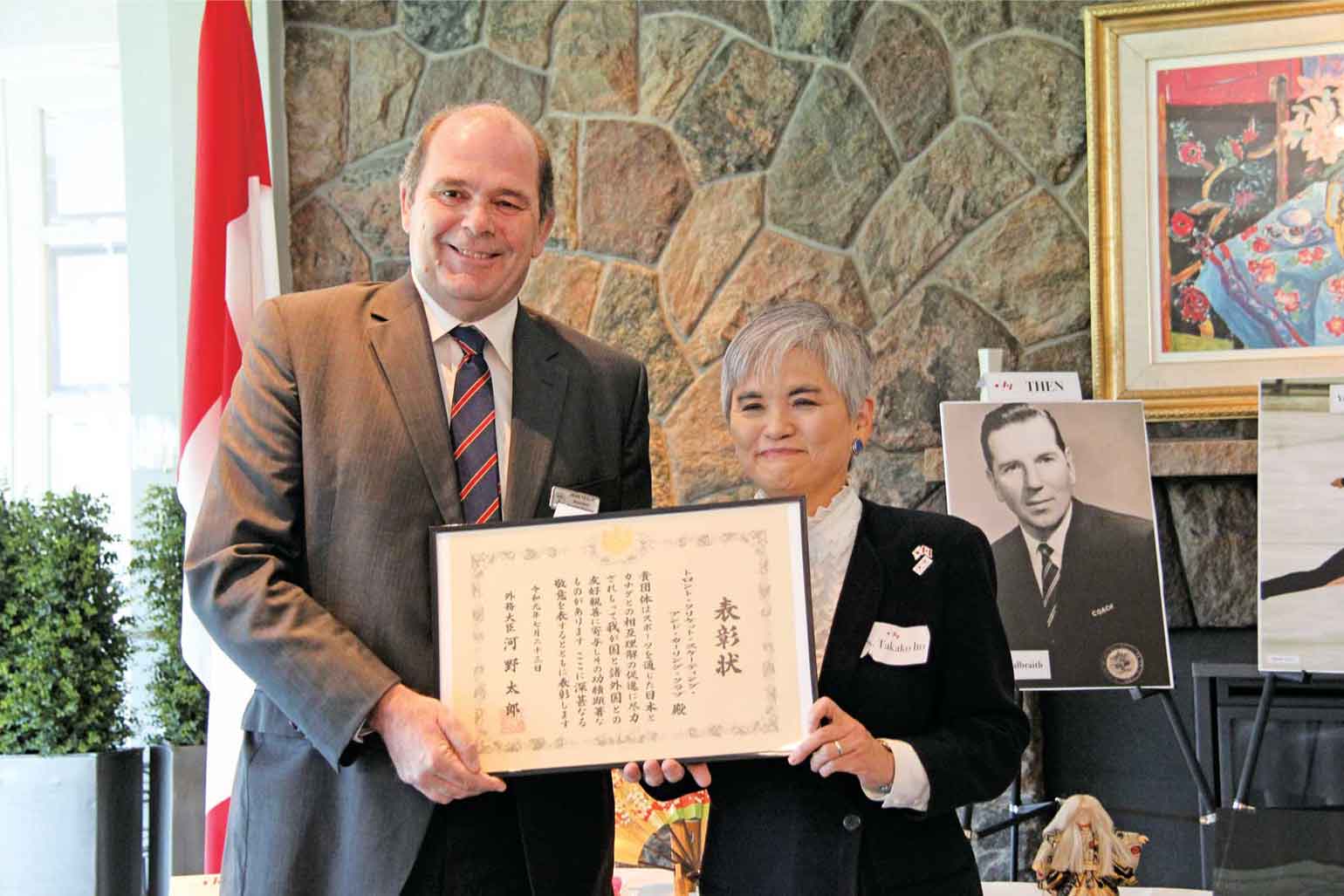 On September 18, the Foreign Minister’s Commendations was presented to the Toronto Cricket Skating and Curling Club (TCSCC), which is among the first group to receive the award in the Reiwa Era. Since 1968, the club has been home to many visiting Japanese skaters, and had sent many instructors to Japan to assist the development of skating in the country.

Many members of the club had hosted Japanese athletes on their visit to Toronto. Through sports, the club has helped foster friendly Japan-Canada relations and contributed to cross-cultural communications. 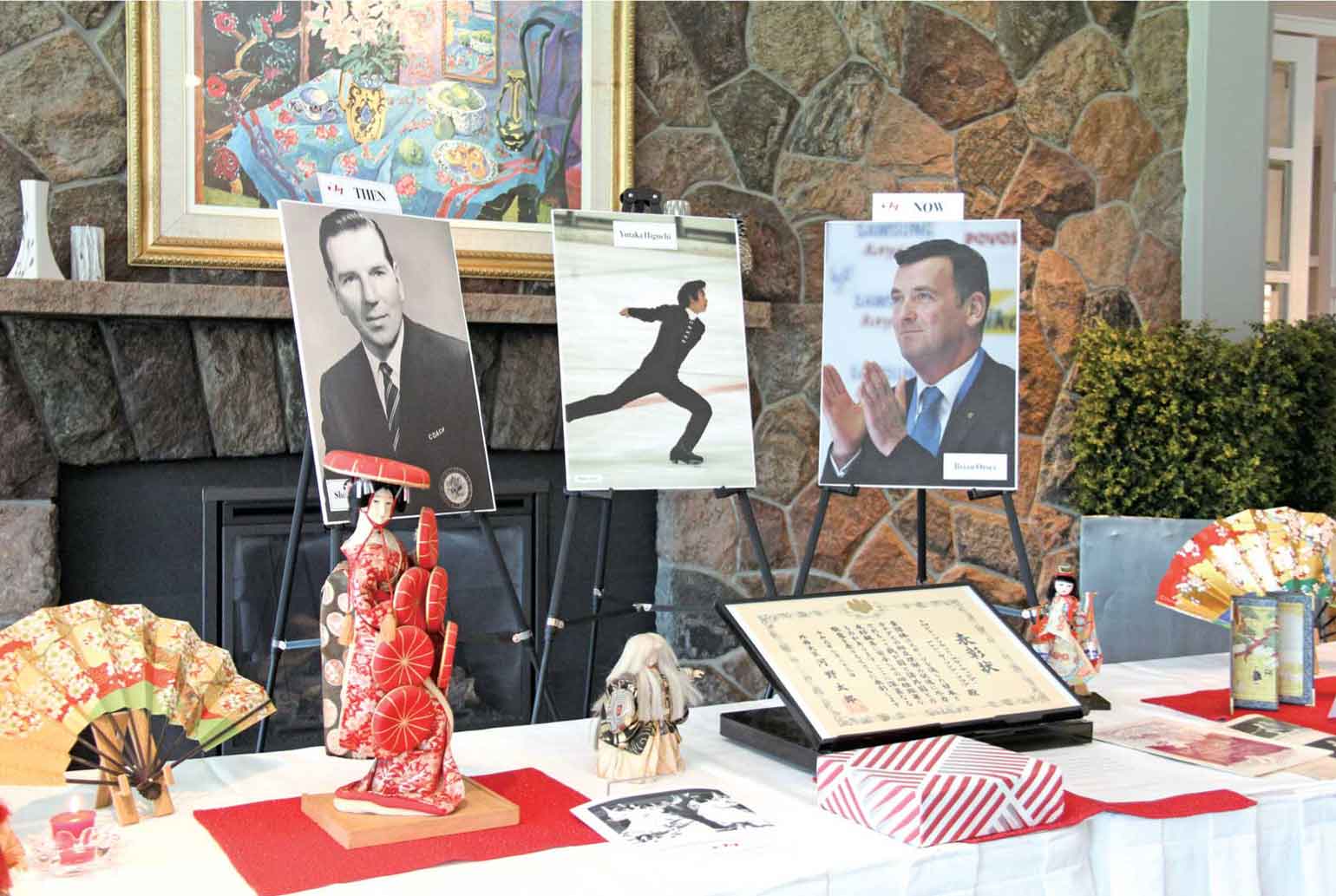 The ceremony began with the reading of a letter from Mr. Yutaka Higuchi, a former professional figure skater and member of the Toronto club. Higuchi had participated in the 1968 Grenoble Olympics, and then travelled alone to Canada to begin vigorous training at the club. In his letter, Higuchi talked about how he was so impressed with Dr. David McGillvray’s skating that he knew he had to join the club. He said he often tells his students about the warmth he felt in his four years in Toronto. Even to this day, Higuchi sends Japanese skaters to Toronto, and considers training at the club to be a vital part in improving skating skills. 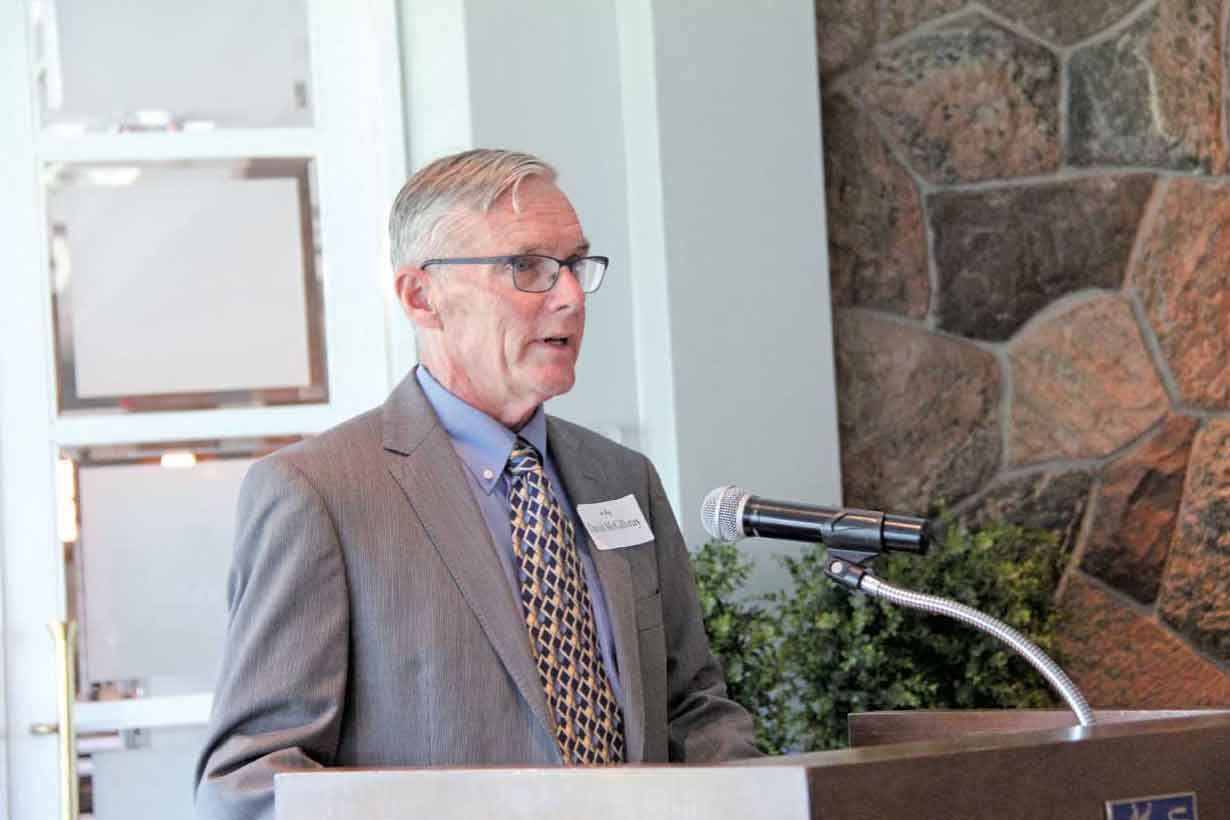 Dr. David McGillvray spoke next at the podium. He recalled the friendly rivalry he had with Mr. Higuchi. He said Higuchi was the most focused out of all skaters at the club, and was a worthy friend and rival. He was moved by Higuchi’s resolve to improve his skating skills in a new environment, and both enjoyed their rivalry.

TCSCC has a long history of exchange with Japanese skaters. In the past, the late Prince Mikasa had visited the club during his visit to his son, the late Prince Takamado, who was studying at Queen’s University at the time. Prince Mikasa enjoyed ice dancing with the members, McGillvray said. Grass-root connections were also aplenty. After his return to Japan, Yutaka Higuchi would return to Toronto each summer for six weeks to train skaters. He would bring up to 16 Japanese skaters with him each trip. Mr. Higuchi was viewed as a father figure for many young skaters, and through more than five decades of exchanges, he has shown how much he valued his relationship with the club, McGillvray said. 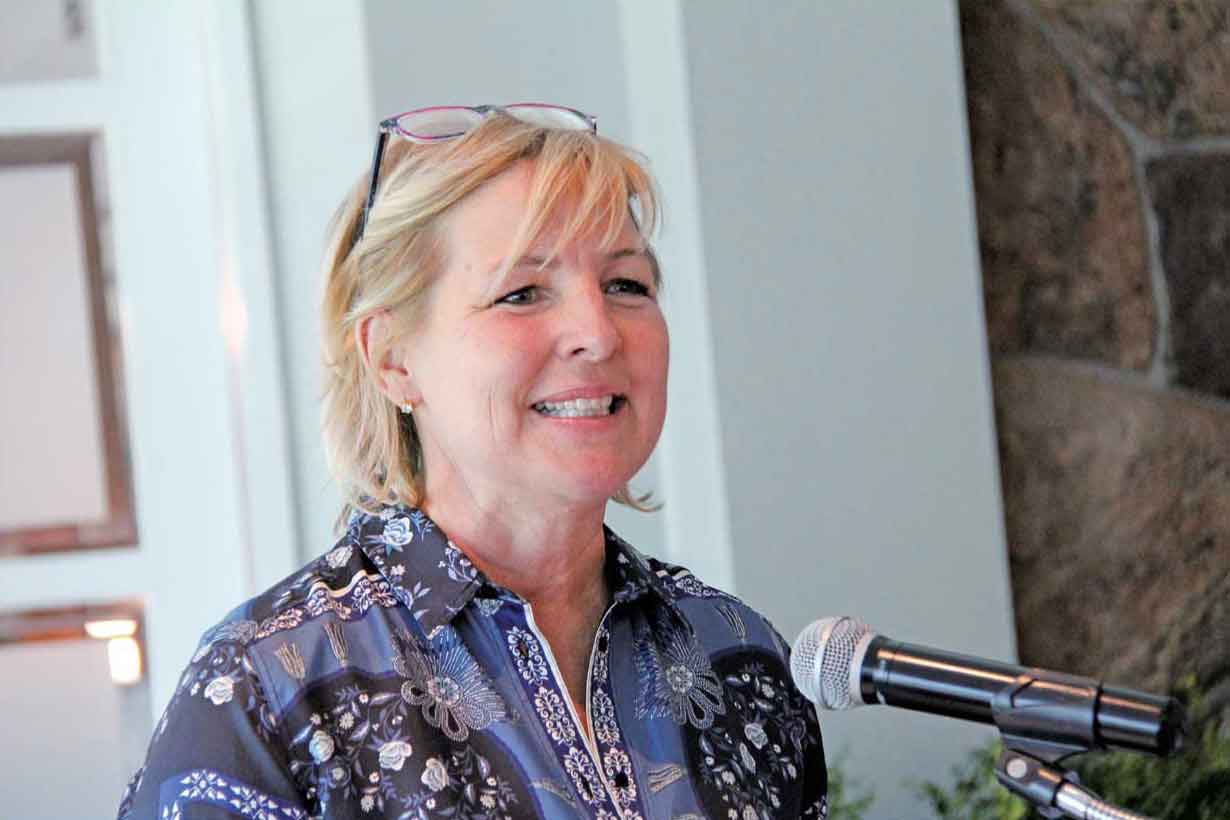 Ms. Tracy Wilson, the current coach of Japanese skaters at TCSCC, spoke next about the vision she shared with coach Brian Orser to “Build friendly international relations through the rise of skating and skating competitions.” Mr. Orser is a renowned skater who has coached the likes of Yuzuru Hanyu and Javier Fernández López.

Wilson said she was deeply impressed by the Japanese skaters at the club upon her first visit, when she was a free skater. The skaters she saw had honed skills that drew standing ovations at major competitions, and it was exciting to have trained with them, she said. Wilson hoped the exchanges with Japanese skaters would continue at the club, and said she anticipated future skaters to exceed the level of Yuzuru Hanyu. Finally, she gave her best wishes to young Japanese skaters who are currently training at the club. 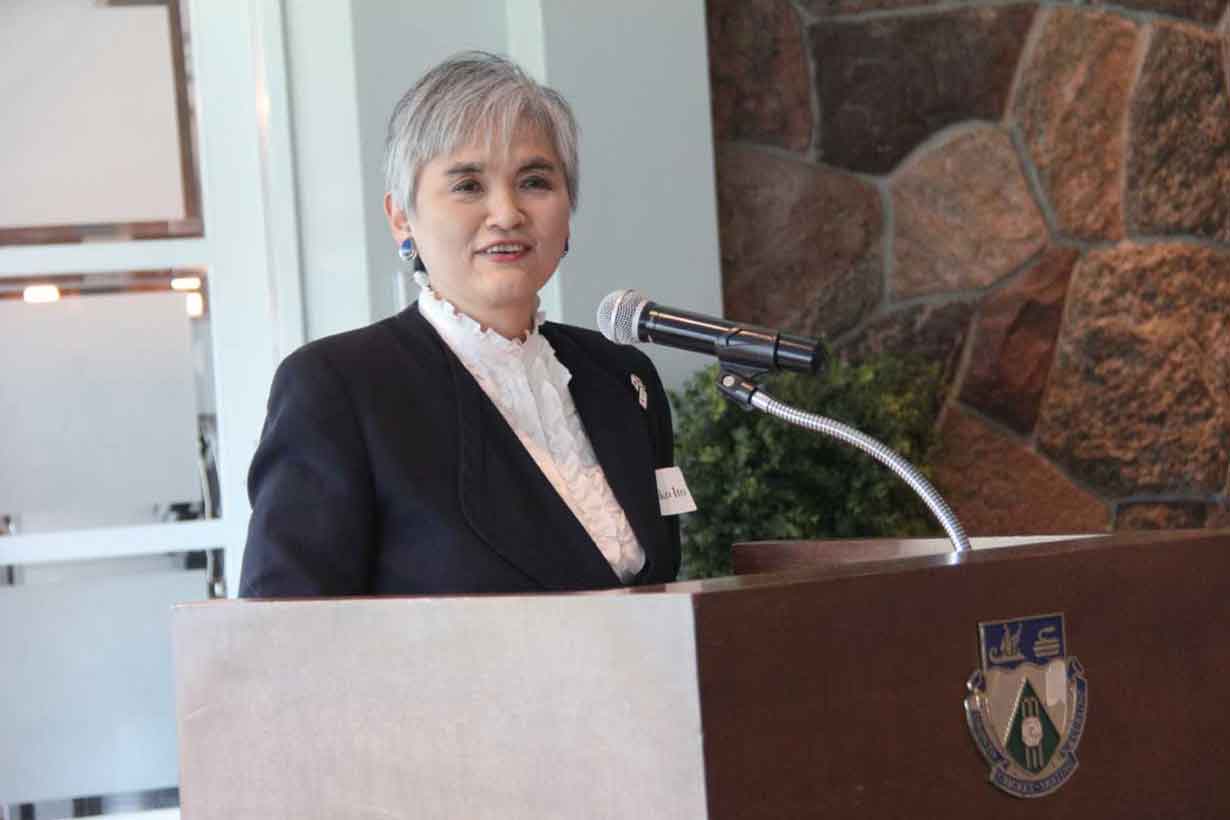 Consul-General Takako Ito then gave an overview of TCSCC’s accomplishments as well as congratulatory remarks for the Foreign Minister’s Commendation. Ito spoke about the long history of exchanges between skaters of Canada and Japan since Mr. Higuchi in 1968, and hoped that similar friendly exchanges would continue to flourish. The club’s advanced equipment, the expertise of trainers, and the supportive community are a great draw for young skaters, Ito said. She thought that through homestay programs, TCSCC can appeal to the families of Japanese skaters, and was thankful for the warmth and generosity of Canadian hosts. 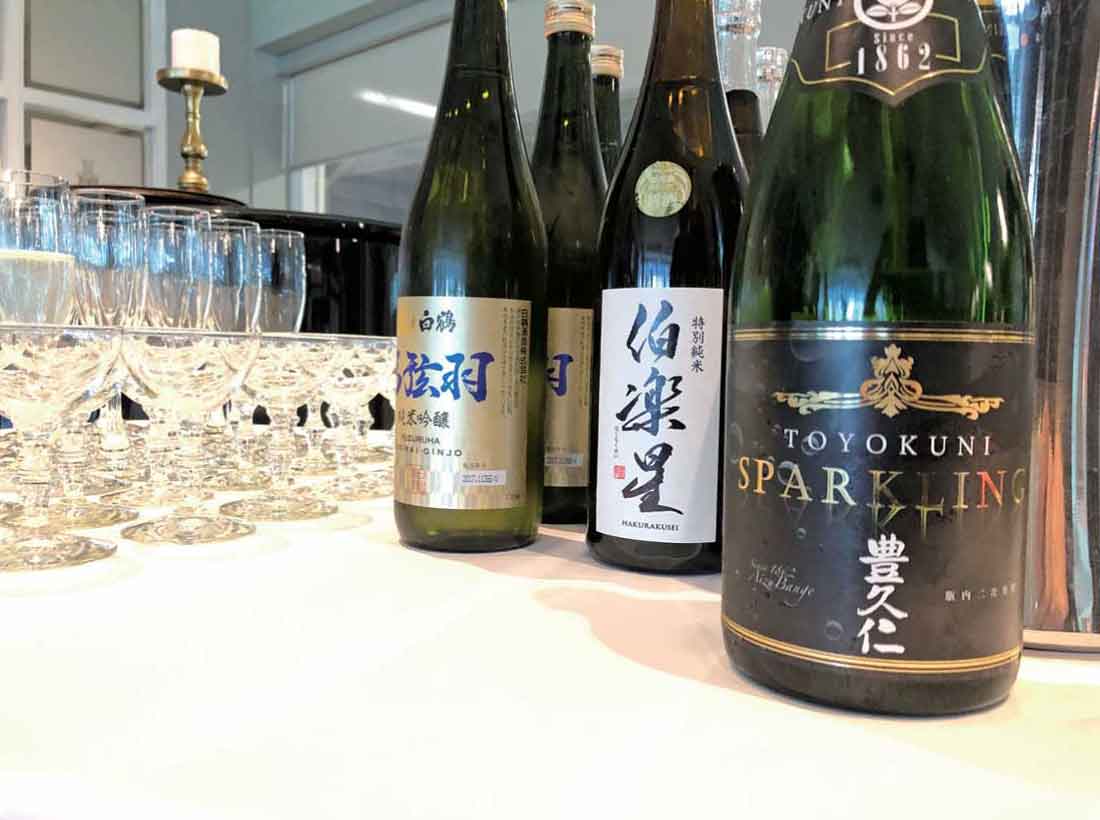 For the toast, Consul-General Ito presented Toyokuni, a sparkling wine from Fukushima that is one of the official wines of the 2020 Tokyo Olympics, and Yuzuruha (Kobe) and Hakurakusei (Miyagi). Yuzuruha, which takes its name from the shrine of victory, Yuzuruha Shrine, is a popular drink among ice skaters due to the similarity to the name of the famous skater Yuzuru Hanyu. Ito commented that Hakurakusei, which takes its name from the Chinese legend of the horse-appraiser Hakuraku, is fitting for the TCSCC as it is a place where great ice skaters can be born. The audience was excited at her remarks.

At the end of the ceremony, after presenting the award plaques and gifts, Consul-General Ito wished for friendly relations between Canada and Japan to continue to develop.