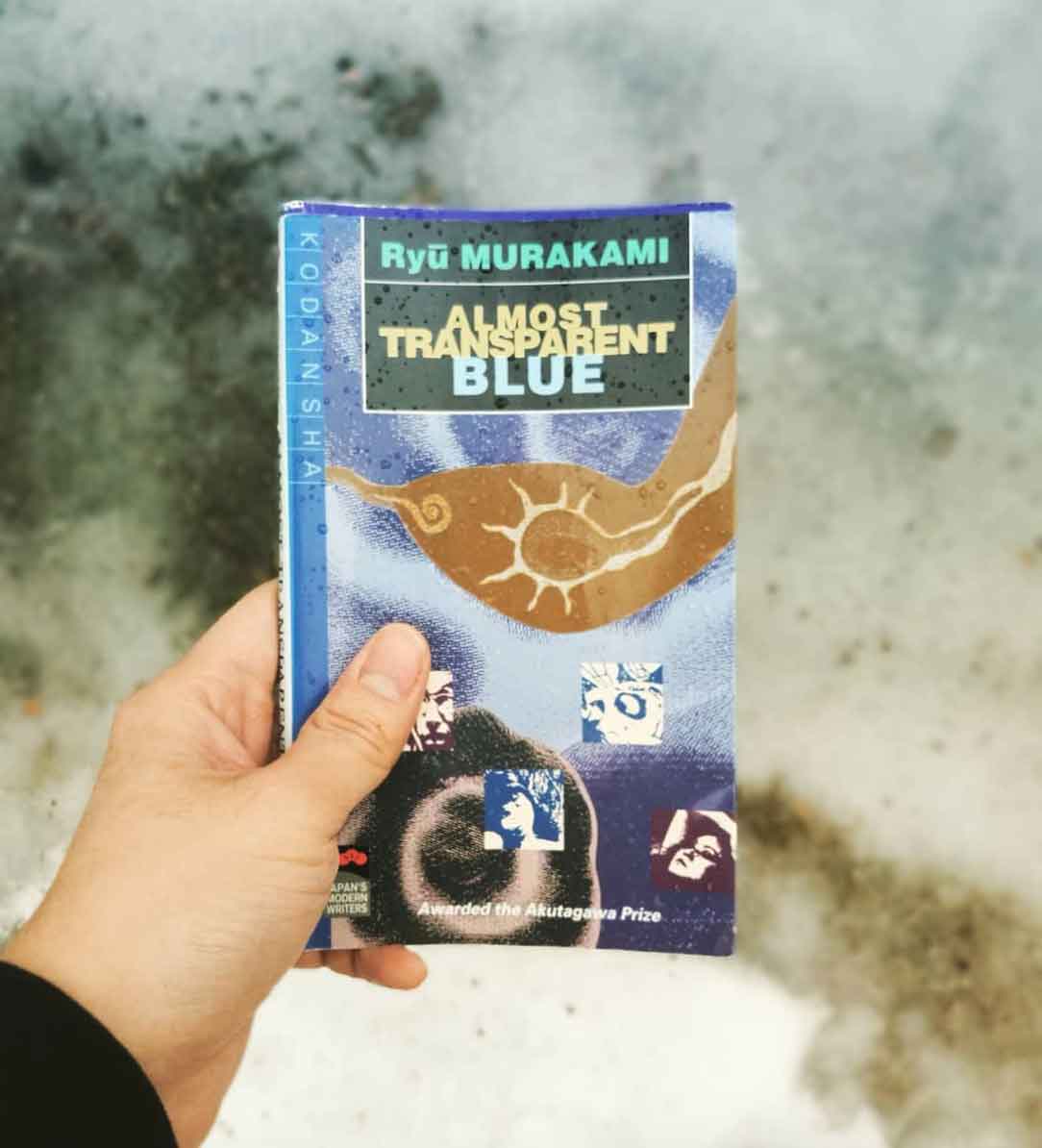 What an imagination—and if not wrested out from the imagination to be put on a blank page, what a life!  Ryu Murakami’s Almost Transparent Blue shook me violently, coming from Kawabata as I was. The novel evokes a series of scenes, detached yet fitted into a plot, centering on teenage Ryu the protagonist, his friends, and Lilly his maternal bedmate as they do heroine, do Philopon, have sex, drink, vomit and live a life in the eternal hedonistic present.  What happens in these scenes is nothing extraordinary in the context of their lives, but Ryu Murakami’s writing and his generous, gratuitous descriptions pull these scenes out of the ordinary flow of life and they are rewritten as events. These descriptions are transgressive; nouns, verbs, and adjectives that should be kept separate for decency’s sake are melded into one another in the subversive corners that Ryu and his friends inhabit, in the smoke and haze of alcohol and drugs. Even the formal aspects of the novel are not secure; dialogue seems to vacillate from a separate formal entity (marked by quotation marks) to being pulled into the undifferentiated text. Murakami’s writing is an experience of the senses, his writing provokes a corporeal reaction that is at once grotesque but oddly pleasurable.
”Moko was on top of Oscar, who rocked her while he gnawed a piece of chicken… A lot of stuff ended up of the red rug. Underwear and cigarette ashes, scraps of bread and lettuce and tomato, different kinds of hair, blood-smeared paper, tumblers and bottles, grape skins… Pressing her chin on the table, breathing hard, Moko attacked a crab like a starving child. Then one of the blacks stuck his shaft in front of her, and she took that in her mouth too. Stroking it with her tongue, she pushed it aside and turned to the crab. The red shell crunched between her teeth, she pulled out the white meat with her hands. Piling it with pink mayonnaise from a plate, she put it on her tongue, the mayonnaise dribbling onto her chest. The odor of crab flowed through the room” (p. 41 – 42).

These descriptions are balanced out by the detached and ‘objective’ first person perspective of Ryu. Ryu is like a bystander who observes his own life from a distance. It is as if he is caught up in the inescapable currents of his hedonistic life, of which he is a passive recipient, much like in the sex scene on page 56, where he plays both a heterosexual and homosexual, but passive, role. Much like in Hemingway’s The Sun Also Rises, there is an unnamable, oppressive something in the life of Ryu and his friends, who are caught like a fly in a spider’s web.