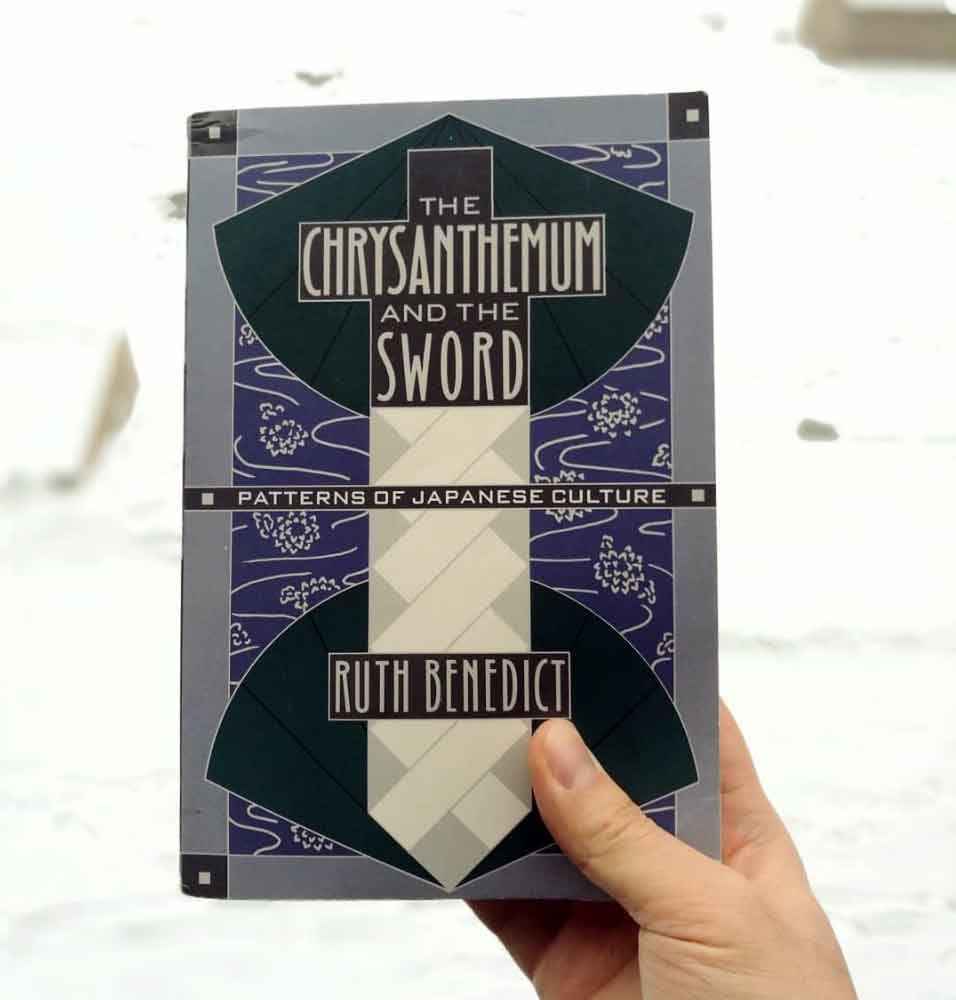 Nice, pleasant read, informative and simple. An example of anthropology that is dépassé, I doubt that anyone today would write a book about Japanese culture as a monolithic entity.

Benedict could not conduct fieldwork in Japan while studying Japanese culture due to WWII enmity between the US and Japan, so she makes up for it with a heterogeneous array of sources (autobiographies, newspaper ask-a-doctor columns, novels, films etc.), and still manages some great linguistic analysis of some key Japanese concepts like on, giri, gimu etc. (I can’t comment on how correct her analysis is). Benedict’s analysis falls short when she tries to use Japanese culture (personality-writ-large) as an explicative variable in international politics without considering political situation, historical circumstances, events, etc. (But this might be because I think this book was more for a popular audience, long complex analyses would have slowed down the pace of the book). For example, Benedict talks about the Japanese propensity to ‘take one’s proper station’ and describes the surprise of the Japanese at the negative reaction of colonized people under the Japanesw Empire, as if Japanese colonization was a mere misunderstanding.