“In a totalitarian and male chauvinist world, a female high-heeled shoe named HUA Mulan rebels against the baby shoe factory to protect her baby girl from being transformed into a male shoe. To raise her daughter, she later has to disguise herself as a male sturdy shoe and works day and night in a capitalist cigarette factory. The story is not only about a mother’s sacrifice and a feminist’s revenge, but also has a political undertone of the intoxication of power.”—Mulan International Film Festival, 2019

The idea of using shoes as characters and stop motion animation created by garbage is great. This film is also riddled with interesting metaphors and symbolism that one can dwell on. However, the narrative itself fails to do justice to the discussion this film raises and the director, even at the Q&A, failed to justify his decisions.
SHe is followings an archetypal narrative ark, unlike other films in this festival. A female shoe suffering in a male-dominated factory takes over, gains control of the workplace and creates an all-woman society. However, in the female led word, the workplace remains just as totalitarian—a “dystopian story”, said the director.

There many problems with this narrative. First is that it shows the director’s general understanding of gender: It is binary—a generalist understanding. Second of all, this narrative is filled with assumptions. I, for one, fail to understand how to director come to the conclusion that an all-female let factory will become just as bad. We’re not living in a society where, after a revolution, the people who are in power would create the same society as the one they took over. This films fails to address that things change, is fixated with the idea that humanity is fundamentally bad and selfish—a Christina belief?

“SHe is ZHOU Shengwei’s debut feature, completed in six years. He built this surreal world with a massive number of recycled everyday objects, and the film is composed of over 58,000 photos.” 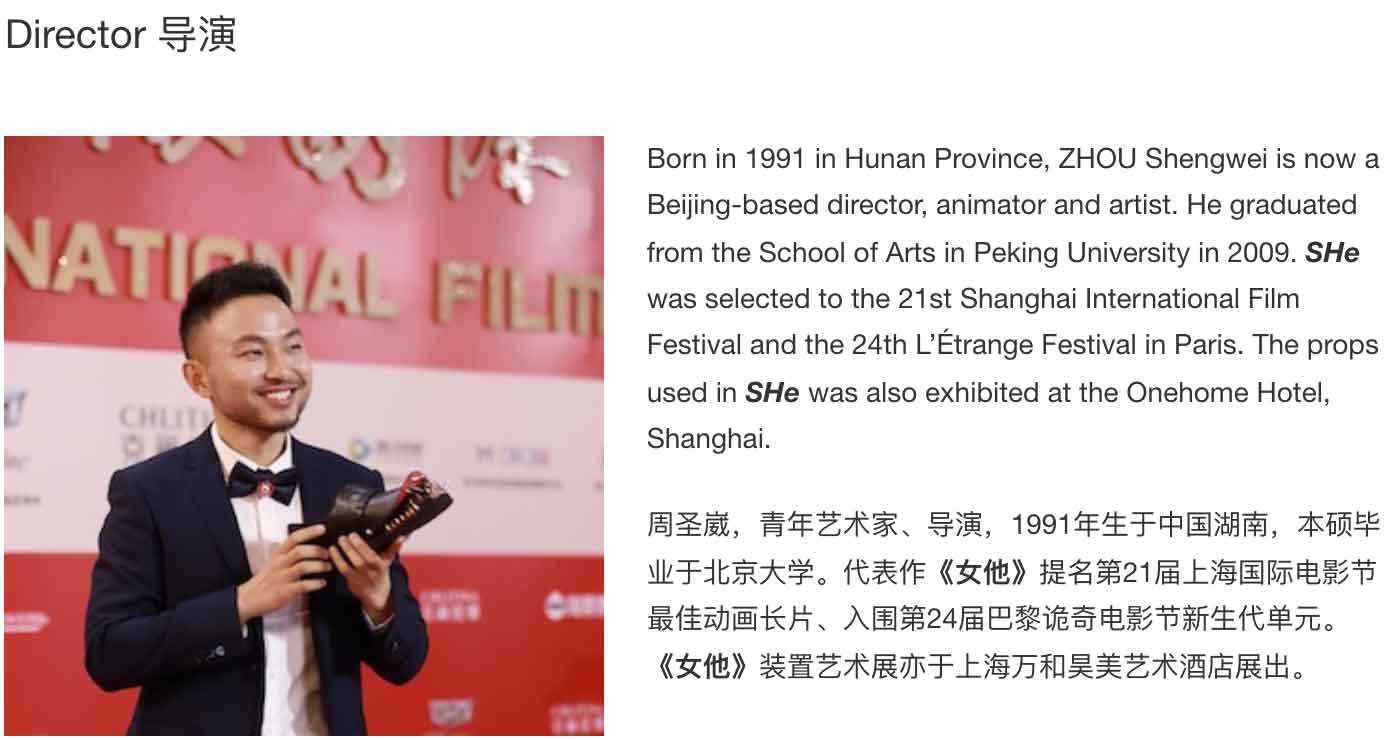 Why Zhou Shengwei felt so comfortable making such a huge assumption, I will never understand. Though the production is impressive, the director’s understanding of gender and reconstruction is of a five-year-old boy’s. I suggest he hire a writer, one that is not a heterosexual male.