MUSUBU is a group of young professionals in the GTA who are proficient in Japanese. On May 17, the organization held its foundation ceremony and reception. Approximately 70 participants, composed primarily of young businessmen, attended the reception.

MUSUBU has broad prospects. It aims to create a community among Japanese and Japanese-speaking young professionals in Canada, promote their education and growth, and even support them in carrying out projects. Furthermore, it aims to contribute to the relationship between Japan and Canada by creating a network of enterprises and individuals. The team consists of young professionals based in Toronto, and many others joined the reception to celebrate the foundation of MUSUBU.

“The foundation of MUSUBU will increase the prominence of young individuals who will eventually become the bridge between Japan and Canada.”

First, Mr. Satoshi Ominato, head of Toronto Japanese Consulate General, emphasized the importance of MUSUBU within the Japanese community of Toronto. “Although there have been organizations in the past that targeted Japanese people and enterprises, this is the first time that I have witnessed an organization like MUSUBU that is targeted specifically towards young professionals. I think it’s something we should all be excited about,” he commented. On top of that, he added, “I think new ideas for interactions between Japan and Canada will come to life by promoting networking between Japanese and Japanese-speaking Canadians.” Furthermore, he pointed out that the organization will increase the prominence of young Japanese professionals as well as Japanese enterprises and demonstrated his excitement for the contributions that MUSUBU will make in the years to come.

“To become an organization that doesn’t only bridge languages but also generations.”

Next, Mr. Yoshikazu Ito, a director of Toronto Japanese Association of Commerce and Industry, gave his congratulations and said he would like MUSUBU to be a place from which young individuals can be actively involved. “The Toronto Japanese Association of Commerce and Industry has partnerships with many Japanese enterprises and businessmen. However, we have been short of young members recently, which has hindered us from passing the leadership positions to younger generations. I was worried that the business scene in Toronto was not attractive for young generations when the members of MUSUBU came and started such a great movement. I’m very glad that this has happened,” he said with joy.
Mr. Ito also commented about the name, MUSUBU, which means “to tie” in Japanese. He linked the meaning of the word to the role of the group, which is to tie people both within and across generations. He therefore concluded that the group should strive to expand its network in many ways.

“Looking forward for the people to connect and for new ideas to come to life.”

Mr. James Shinichiro Matsumoto, the advisor of Shinkikai, gave a toast afterwards. He demonstrated his joy and gave a word of encouragement to the group. He commented, “It’s both rare and great that a group like MUSUBU, a place for professionals to connect with one another and exchange their ideas, has been created. I hope that MUSUBU will give a great positive impact to the Japanese society in Canada.”

With only few months since its foundation, MUSUBU is already giving hope to many as a builder and promoter of the community among young professionals in Canada. Many will be interested to see how the organization will contribute to the Japanese society in the years to come.

“MUSUBU will become group that will lead the formation of connections and execution of projects along with other Japanese groups in Canada.”

Takayuki Fukada, the vice president of MUSUBU, spoke about the team’s goals for the next four years. He listed, “This year (2018), in addition to the foundation of MUSUBU, will be a year of setting a solid stage upon which we will take action in the years to come. Starting next year, we will begin acting by hosting events, seminars, workshops and charity events.” He added, with determination, “As a team, we hope MUSUBU will become a group that will lead the formation of connections and execution of projects with other Japanese groups in Canada.”

When asked about her opinion regarding the event and MUSUBU’s prospects, Greaves, the president, commented, “I am very grateful that this many people came out to support us. We look to gain support from existing Japanese professionals within the GTA and learn from their experiences, and going forward, sharing our experiences with the generations to come. We can’t just be satisfied where we are now, however. This is our opportunity to connect with other Japanese organizations, as well as cooperate with other Japanese professionals within Toronto and learn from them. As we grow as a team, we would like to spread our network in many ways—up, down and sideways.”

“MUSUBU members come from a range of backgrounds.”

The members of MUSUBU are composed of young professionals that come from a range of backgrounds.

The president, Grace Greaves, is the only member of the team who is born in Canada. She studied Japanese at Toronto Nisshu Gakuin, and graduated Ivey Business School at Western University. She mentioned that studying at university informed her of how past businesses have both succeeded and failed. She commented that she would like to contribute to businesses of the next generation based on her knowledge.

The vice president, Takayuki Fukada, graduated the University of Waterloo, where he studied nanotechnology engineering. After graduation, he became part of an automobile and mechanic manufacturing as a product engineer. His interest in the relationship between Japan and Canada was sparked when he joined Japan Canada Academic Consortium (JACAC) while at university. He commented that he would like to continue pursuing his career while consistently keeping in mind how the young generation can contribute to the relationship between Japan and Canada.

The treasurer, Tomomi Sugeno, studied accounting at Prince Edward University. After graduating, she has worked at an accounting firm as an accountant, with hopes to become a bilingual accountant that will assist Japanese enterprises based in Toronto. She commented that by joining MUSUBU, she would like to liven up Toronto through the network of young professionals.

The communication manager, Yui Ugai, graduated York University where she studied dance. Because she has not had many opportunities to interact with Japanese people while working in Toronto, she hopes to connect with many Japanese people while working for MUSUBU. Furthermore, she would like to contribute to the Japanese community in Canada by creating a place where young professionals can work with one another.

The web designer, Fumika Ohwada, came to Canada in 2002. After graduating from university, she worked in hotels and travel agencies for approximately 5 years. It was during this time when she became fascinated by creating something that lasts, leading her to pursue web design. Since her graduation, she has designed websites for the local government and schools. Currently, she is building a curriculum for an online course at a startup located in Toronto. She acknowledges that Toronto is such an attractive city and expresses that she would like to contribute to the Japanese community in Toronto.

A word of celebration and encouragement from many. 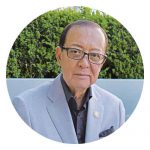 Mr. James Shinichiro Matsumoto — Advisor of Shinkikai
It’s both great and significant that such a group of young professionals has been created. I’m excited to see what contributions the group will make to the Japanese community here in Canada, such as increasing its prominence. However, this is only the beginning—it’s essential that they keep this momentum going and that they create a strong foundation upon moving forward. I hope they will continue growing by reaching out and exchanging information with other organizations and individuals. 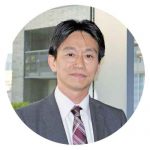 Mr. Satoshi Ominato — Deputy Consul-General of Japan
Now that an organization of young professionals full of zest has been created, I’m looking forward to seeing their contributions towards creating a strong Japanese community within Toronto. I also hope they will become a representative of the Japanese culture for people from other countries that live in Toronto. I’m thrilled to see them liven up the relationship between Japan and Canada. 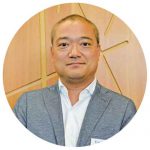 Mr. Keiichi Kubo — Director of Japanese Canadian Cultural Centre
I hope that the journey MUSUBU will embark upon will be a long-lasting one, and that they will continue to grow. Perhaps MUSUBU will be a point where people in Toronto familiarize themselves with Japan and its culture. I would like to see MUSUBU play a role in increasing the prominence of Japan within the world. 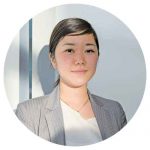 Ms. Ai Yamauchi — Marubeni Corporation
I’m excited to see what’s in store for the future of MUSUBU. I would also love to help them in any way if I have the opportunity. Until now, the Japanese community in Toronto had been rich in connections among enterprises but not as rich in connections among individuals. For this reason, I’m looking forward to seeing MUSUBU create a community that focuses on individuals. 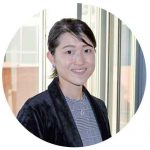 Ms. Kaoru Nikaido — Founder and teacher of an English school
I would like to see MUSUBU create a network that Toronto has never seen before. As an owner of a business, I’m looking forward for MUSUBU to create a network among individuals that transcend barriers of companies, a network among individuals that work in Canadian companies, and a number of business opportunities based on these networks.

Everybody is welcome to participate in MUSUBU’s events. However, membership ($50 annual fee) is limited to “young professionals who work full-time in Canada after graduating from university”. Other than official members, enterprises, organizations, businesses and individuals that share the visions of MUSUBU are welcome to join as support members. Both official and support members enjoy benefits such as discounts on event fees and member socials.

We are also looking for sponsors that can support MUSUBU’s events and movements.
Please see http://musubujyp.com for details.