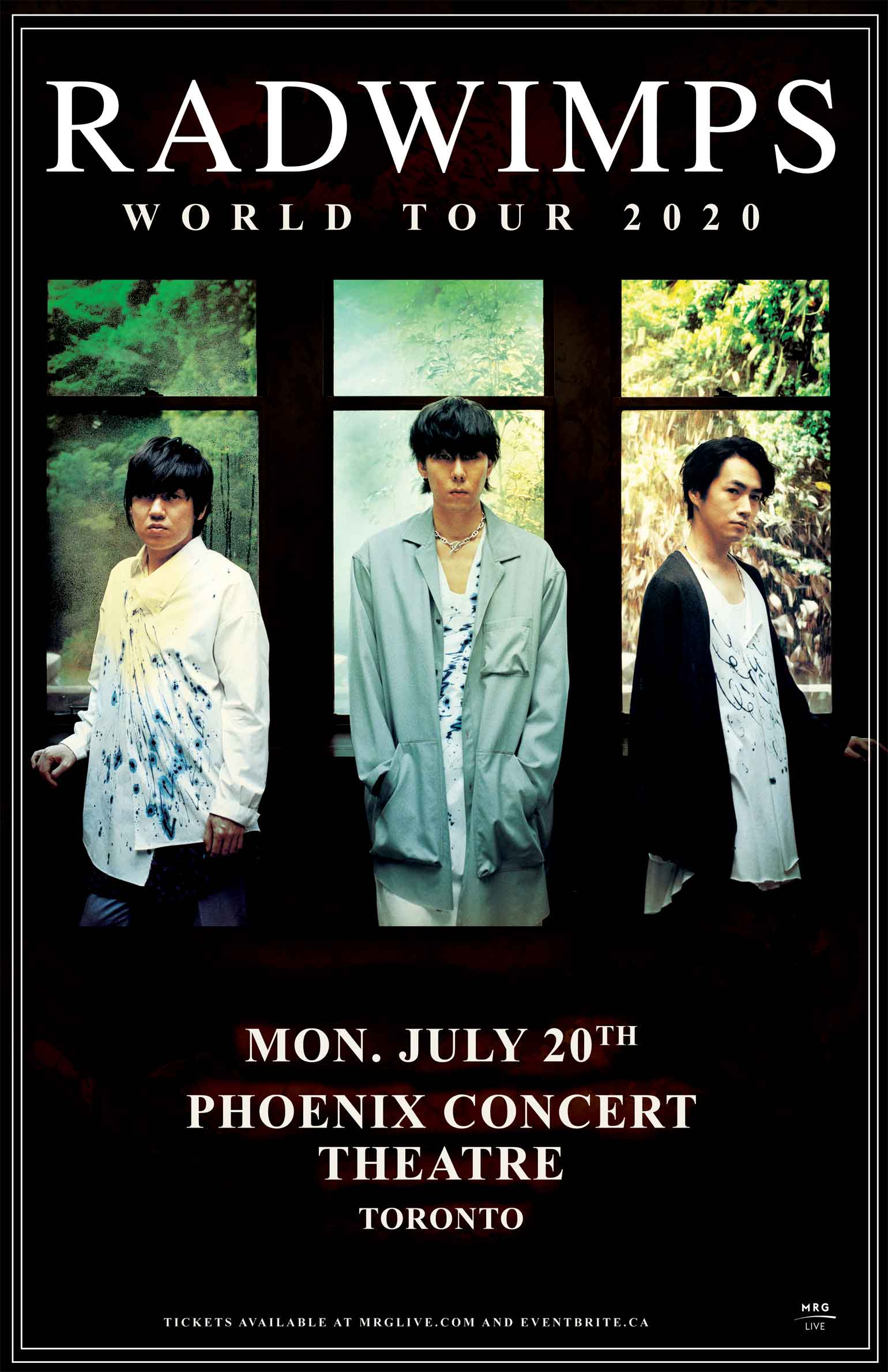 Excited to announce RADWIMPS World Tour 2020!
To begin with, shows in US & Canada & Mexico are now confirmed!

More about the band:

Formed in 2001 and making the major debut from EMI in 2005, RADWIMPS have become known internationally for their wide sound palette and their charismatic live shows. In 2016 the band wrote and scored the soundtrack to the anime film “Your Name” and in 2019 they did “Weathering with You” (both directed by the legendary Makoto Shinkai).

2020 marks their first tour of North America and South America as well as their second tour to Europe!