The process of searching for self-acceptance while standing in between two countries.

The feeling of being “different” from everyone else since a young age.

As a Japanese Canadian, you were born and raised in Canada. What made you move to Japan in the first place?

I actually visited Japan quite frequently throughout my childhood to visit my relatives. Since then, I always knew that I would want to try living in Japan one day. I was in university when the opportunity came: it was an English teacher position in Japan. So I took it, and off I went. I fell in love with both teaching and Japan right away. Upon returning to Canada to receive my teaching credentials, I came straight back to Japan—I didn’t even attend my graduation. That’s how much I grew to love Japan.

It seems as though you had a strong connection to Japan ever since you were young. As a Japanese Canadian living in Canada, were there some struggles or conflicts you went through?

I began to think that I was a little “different” from everyone else when I was in elementary school. Back then, there were only about three Asian kids in the whole school. Everyone else was white. When I was growing up, I didn’t think too much about being Asian. But I started developing a sort of insecurity when I was in fourth or fifth grade. There was a girl I liked, and she was white. Perhaps it was just in my eyes, but I recall her being closer to the white boys than she was to me, who was Asian. Perhaps that was when I began to think that perhaps I’m not seen as “equal”.

Once I grew older, I also remember feeling quite embarrassed about being a Japanese. I didn’t want people to see me speaking Japanese with my parents out on the streets. I didn’t want them to think, “Oh, why are they not speaking English,” or to give us a strange look. Perhaps I wanted them to see me as “Canadian”.

Actually, that feeling of insecurity hasn’t completely gone away, even to this day. I sometimes feel like I’m not as worthy of a person when I am in Canada. In Japan, I almost feel like my ability to speak English gives me some sort of special power, and this gives me confidence. But that’s not the case when I’m in Canada. I’m not as confident with myself. Perhaps I’m still not able to see myself as “equal” to other Canadians.

Struggles he experienced because of his Japanese looks.

Were there any challenges when you first came to Japan?

Definitely. And ironically enough, that was due to the fact that I look Japanese. When I first came to Japan, I was able to speak Japanese fairly well at a conversational level, but I couldn’t read or write much. I still remember trying to buy a commuter pass and first of all, I couldn’t understand some of the questions on the form. Even if I did, I could only write my answers in hiragana or katakana. I remember how I felt embarrassed as a Japanese-looking person but not being able to write kanji (Chinese characters).

In retrospect, I think I had put a lot of pressure upon myself. I was trying to be Japanese, even though I wasn’t. Perhaps if the people around me knew that I was a second-generation Japanese Canadian, I wouldn’t have felt as much pressure. But of course, who would know just by looking? I remember I often felt, “They must think my Japanese is terrible,” every time I tried speaking to them.

Despite those challenges that you faced, you still decided to make Japan your home. What is it about Japan that attracts you so much?

I always say it’s the people. I was raised in a Japanese family, learned the Japanese joushiki (common sense), grew up speaking Japanese in my house, and so I would say that my family was culturally very Japanese. We had many other Japanese Canadian families that we were close with. We would spend oshogatsu (New Year’s) together and celebrate a lot of other Japanese holidays too. Some of the things that I connected with every time I came to Japan was just how respectful people were to the elderly, or how it was pretty safe to walk around in the streets. Things like that resonated with my Japanese upbringing. I felt very comfortable.

If people ask me now, “Where’s your home?”, I would say it’s Japan. It’s been almost 20 years since coming here, and I know I’m going to live here probably for the rest of my life. Of course, my upbringing in Canada makes my way of thinking and perspectives maybe a little different from those who were born and raised here in Japan, but if there’s one reason why I want to continue living in Japan, I would say it’s because I feel comfortable. I still visit Canada every summer though, and I’m lucky enough to have my family still there. And frankly, Vancouver is really the best during the summer months, so I kind of have the best of both worlds. 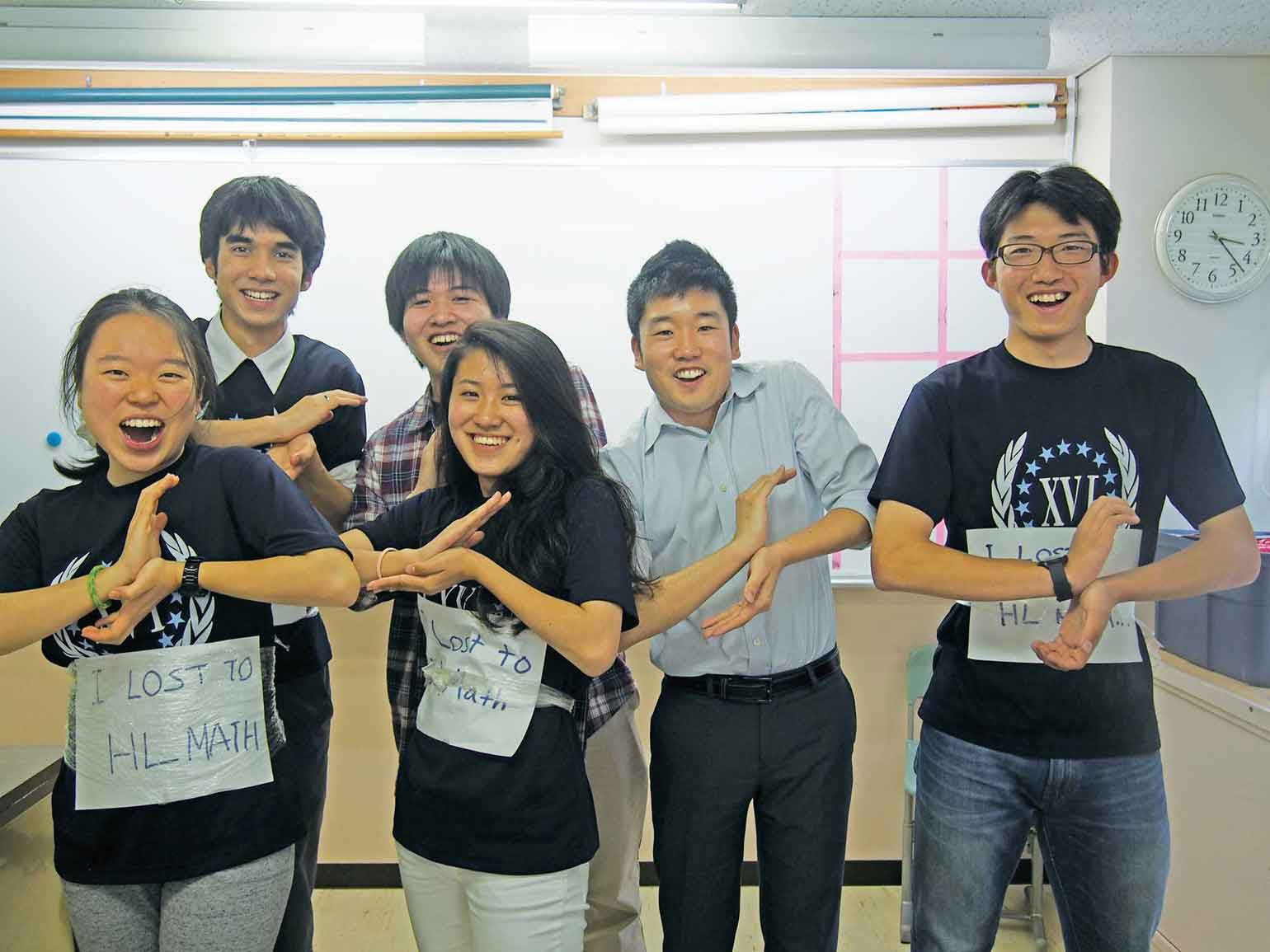 Currently you are a teacher at an international school. Was teaching something you had always wanted to do?

I was actually studying engineering in university. Back then, there was a co-op program where they sent engineering students across Canada to Japan for a one-year internship. It was really enticing for me, and I was selected as one of 20 students across the country to participate in the program. Unfortunately, though, that also happened to be the time right after the “bubble”, when Japanese companies were struggling across the board. Just as I was ready to go to Japan, the program folded. I was crushed. But I couldn’t give up on the thought of going to Japan, so I took a year off of school to go to Japan as an English teacher. Fortunately, teaching English in Japanese was a growing industry at that time as well. I think that’s around the time when I shifted my focus from working in the engineering field to teaching.

I don’t know if there was anything specific about teaching that I really enjoyed, but what I recall is that during my co-op, when I was working in engineering firms, I would be just staring at the clock, waiting for time to pass. On the other hand, time passed by just like that when I was teaching. I was communicating with people, which I naturally enjoyed, too. And that must mean something, right?

I heard that you have taught in a Japanese high school as well. What was the experience like there?

That was a big challenge for me. I actually have a Japanese name and an English name, but I asked to use my English name, Andre, in order to distinguish myself from being completely Japanese. That way, people knew right away, “Oh, he must not be a native Japanese.” And for sure, the parents knew that, the teachers knew that, and the students knew that. Yet when we had parent-teacher conferences or when I had to write letters to the parents, I always found myself nervous. Everyone knew I was born in Canada, and that Japanese was not my first language. They all probably thought, “His Japanese is pretty good for a Canadian.” But I always thought of it negatively. “They probably think my Japanese is not good,” I thought. So again, it was more of me putting pressure on myself.

In times like that, though, it was my wife who told me, “You should act a little bit gaijin. That way, you’re authentically Andre Ito. In fact, the school probably wants you to be that outside influence on the school.” Those words were truly reassuring, and I must thank her for that. 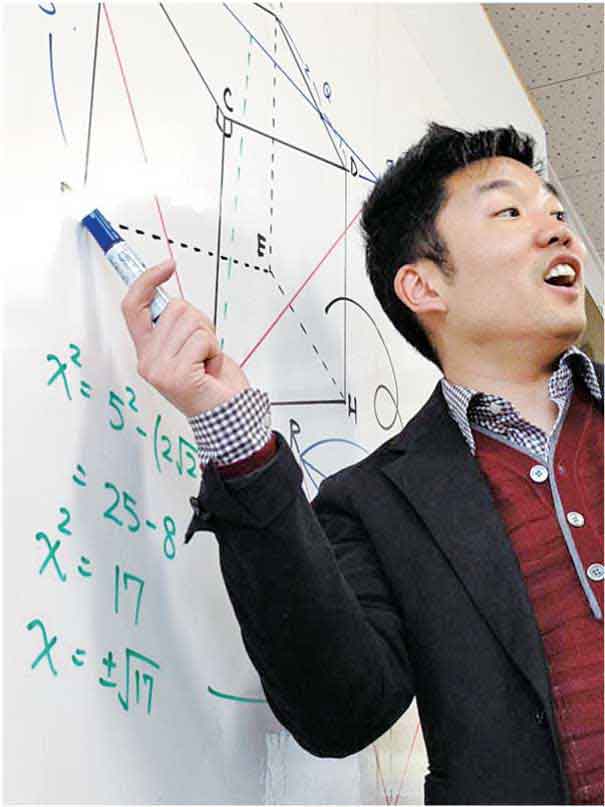 Having gone through a range of experiences throughout your career, what are some prospects or goals you have in mind for the years to come?

I currently teach mathematics at school, but math, for me, is all about thinking. It’s about the thinking process. That’s the transferrable skill. When you go out into the world, nobody will give you a math problem. They’re going to give you a real problem instead, and there might not be a solution, but the important part is to think about how you try to come up with a solution. I always tell my students in class, “You’re never going to use this.” They’re never going to have to complete the square, find the vertex of a quadratic function, or find the derivative of a function. The basis of math is, “Here’s a problem. Solve it.” You have to use what you’ve learned before, be creative at times, and if you find a way to solve it, the process of how you came up with the solution is going to help you when you face a different problem in the future.

Another activity that I am part of is Habitat for Humanity. It’s an organization that our school collaborates with, and working with them, I feel like I finally see what my role is as an educator. Having students recognize what is out there in our world and becoming aware of how fortunate they are makes them realize how they may be taking things for granted at times. I try to get students to appreciate how many people support them every day and to learn to express our gratitude for the help and support we receive. This is what I feel is important that students get from their education. I’ve been part of Habitat for Humanity for four years, but when I take kids out for the trip, I see changes that happens within them. A lot of change can happen with a single trip, and I feel that is just so powerful. It beats anything I can do in a classroom. I hope to take as many students as I can on this experience in the years to come.