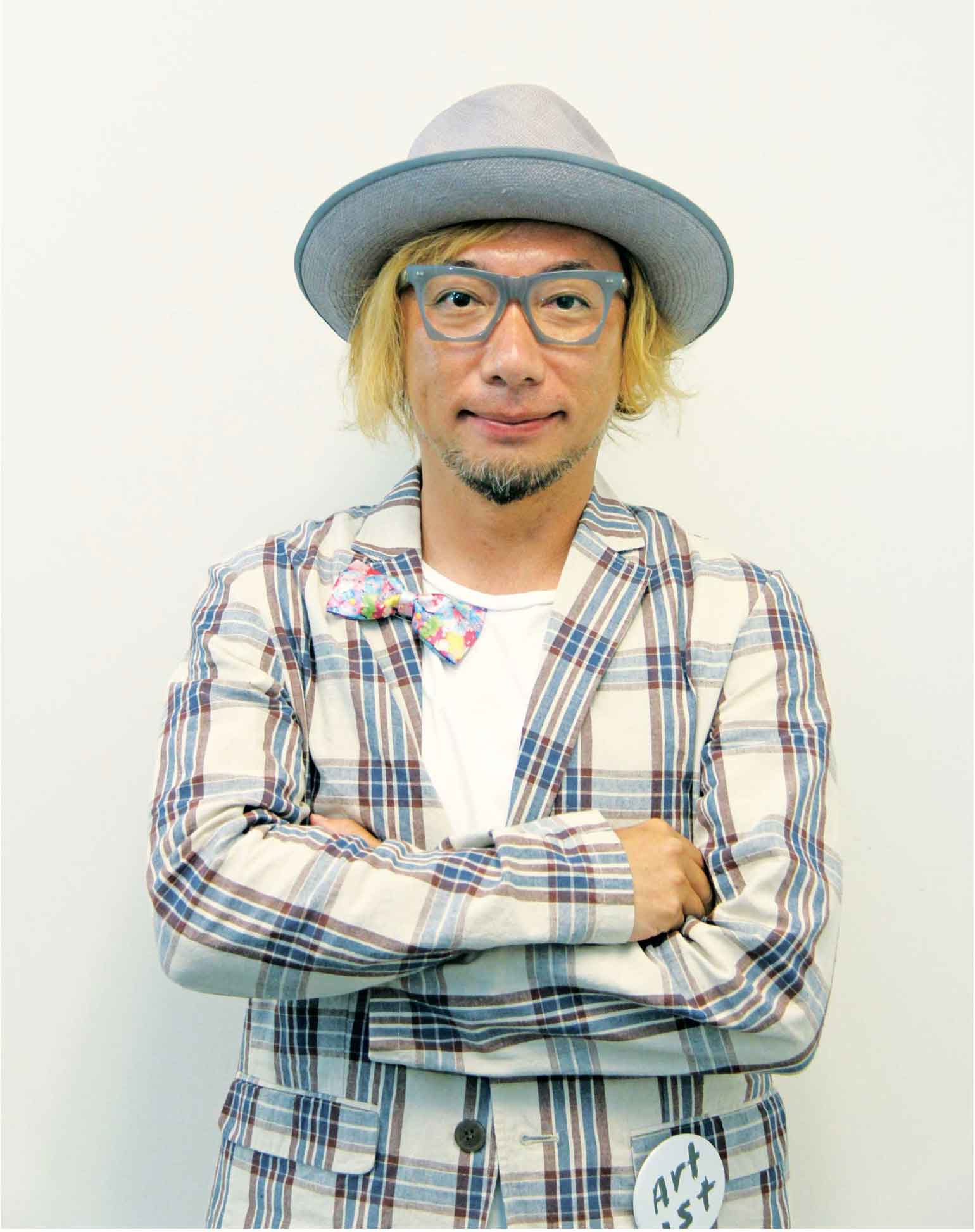 With “Sensational Kawaii” as his motto, Mr. Sebastian Masuda has been bringing modern Japanese pop culture to audiences around the globe. TORJA sat down with the producer during his workshop at the Japan Foundation, Toronto, where he spoke about Canada in the eyes of someone seeking new art, the upcoming Tokyo Olympic Games, and many other topics that interest him at this moment.

-What made you decide to come to Otakuthon in Montreal and the Japan Festival in Mississauga?

M: A Canadian girl named Alexia invited me. She was present at an event I attended in New York City held by the Japan Society. She told me that I “have to come to Canada no matter what” because there are many people in the world who love 6% DOKIDOKI. I was busy at the time, so I ignored the request. But Alexia was persistent and spoke to me about it again on her visit to Japan. We started chatting over Skype once a month to plan this trip.

The main reason that I chose Canada is due to the passion of Alexia. If she hadn’t been here, I might have chosen New York or other cities in the world.

-You have visited Vancouver on business many times, but this is your first time in Montreal and Toronto. What is your impression of Canada so far?

M: I would have to say I am impressed by the overall sentiment of “us against America.” (Laugh) I also sense that many Canadians have a similar mindset as Europeans. Many girls from both Canada and the U.S. attended the event in Montreal, but the Canadians were more considerate to those around them. Also, Toronto is cleaner compared to New York. (Laugh)

We cannot let “kawaii” be simply seen as a fad

-You are currently on the “New Generation Kawaii Tour,” where you travel around with youths. Could you speak in detail about what this project is about?

M: I started the Harajuku Kawaii Experience project in 2009, at a time when the word “Kawaii” has not entered the global cultural lexicon. 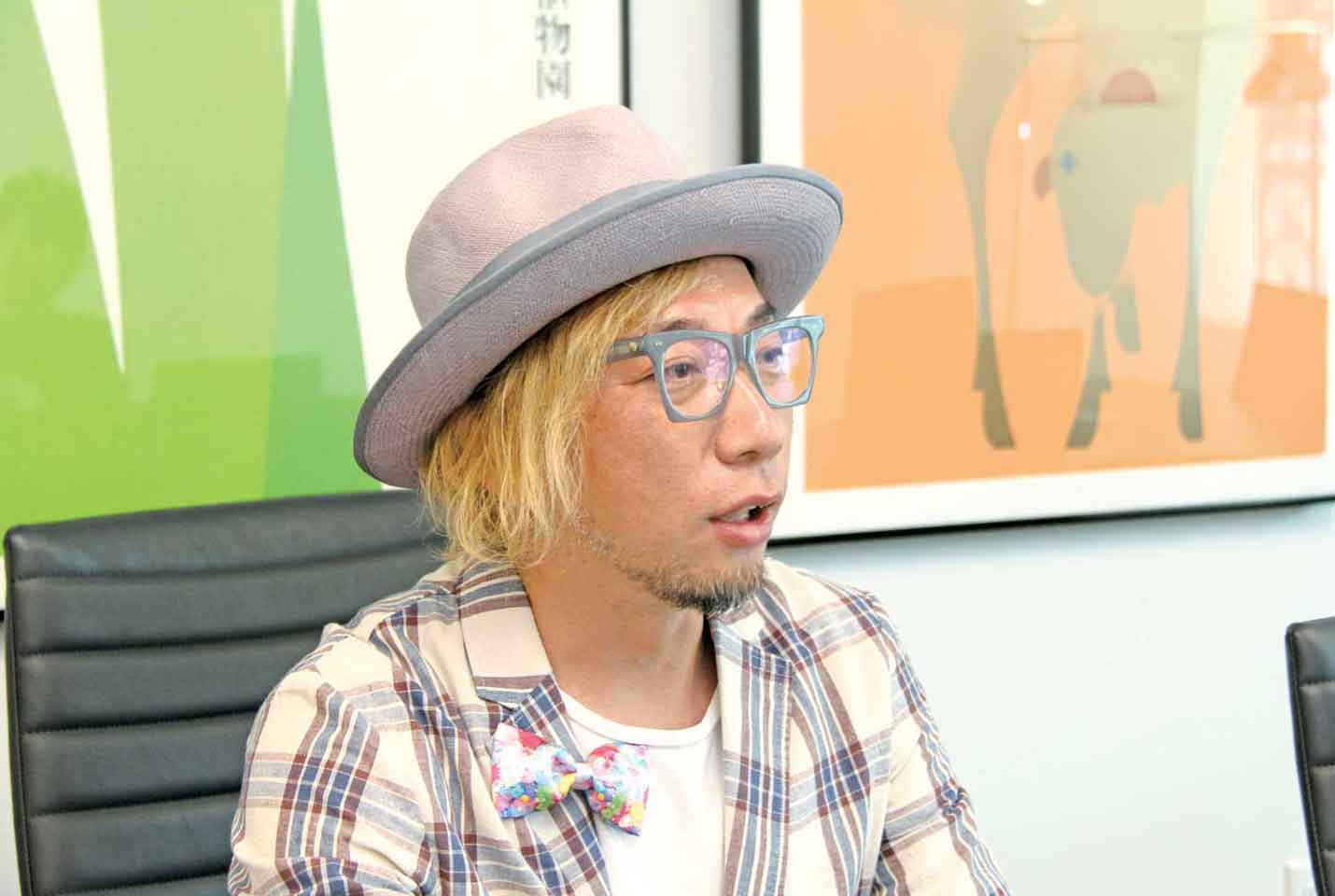 Ten years later, through artists like Kyary Pamyu Pamyu and 6% DOKIDOKI, the world has come to know the Japanese pop cultural phenomenon of Kawaii. I thought that we cannot let “kawaii” been simply seen as a fad. I am getting close to 50, and when I think about how little time I have left to act as a fresh-faced spokesperson, I feel the pressure to pass the torch to younger generations, and raising the level of respect people have of Kawaii culture. And so, I answered the “love call” from Alexia. (Laugh)

-Doing this project at the same time as being an artist must be really tough.

M: You’re telling me. This tour has been very demanding. (Laugh) If there is anything that we failed to prepare beforehand, I had to pay out of my own pocket. But that’s where the young people come in; they gathered sponsors via YouTube, Instagram, Facebook and crowd-funded many venues of support.

However, I believe that the act of doing such activities alone is very important for these girls. They do the main work of planning and sponsorship, and I only provide support. This way they gain valuable knowledge about how work is done, and the difficulty of doing such projects. Working with people can be both fun and annoying. What they learn from this project will help them in the future.

-What do you are the strengths of Japanese pop culture?

The Japanese people are good at being detailed and delicate in treating all aspects of their work. I realize this fact more when I’m overseas at events such as Anime Conventions, where there are many crude cosplays. The Japanese are more elaborate in their creations. I believe this illustrates their respect for culture and their creativity. When it comes to why Japanese pop culture and the concept of Kawaii are getting worldwide attention, I believe it has to do with the daily occurrences of war and terrorism around the world. In order to preserve the self, people resort to incorporating “abnormal” elements in their normal lives. And the Japanese have been great at doing just that.

For example, Japanese castles have been known for the elegant art on folding panel and sliding doors. I think that is one representation of using the “abnormal” in normal life. The spirit of finding an escape for one’s self from the toils of daily life is what is being spread around the world as “Kawaii.”

In Europe and the West, you may equate drinking champagne in a high-end hotel with success. At the same time, there is someone in Japan paying one million yen for a toy figure. The interesting thing is that you cannot gauge which of the two achieved a higher level of happiness. Japan has a greater emphasis on achieving emotional happiness than on materialism, and maybe that is why it is getting so much attention in the world.

Feeling the threat of an increasingly fragmented world, I have decided to release a work of art with the theme of “wall” in New York in 2020 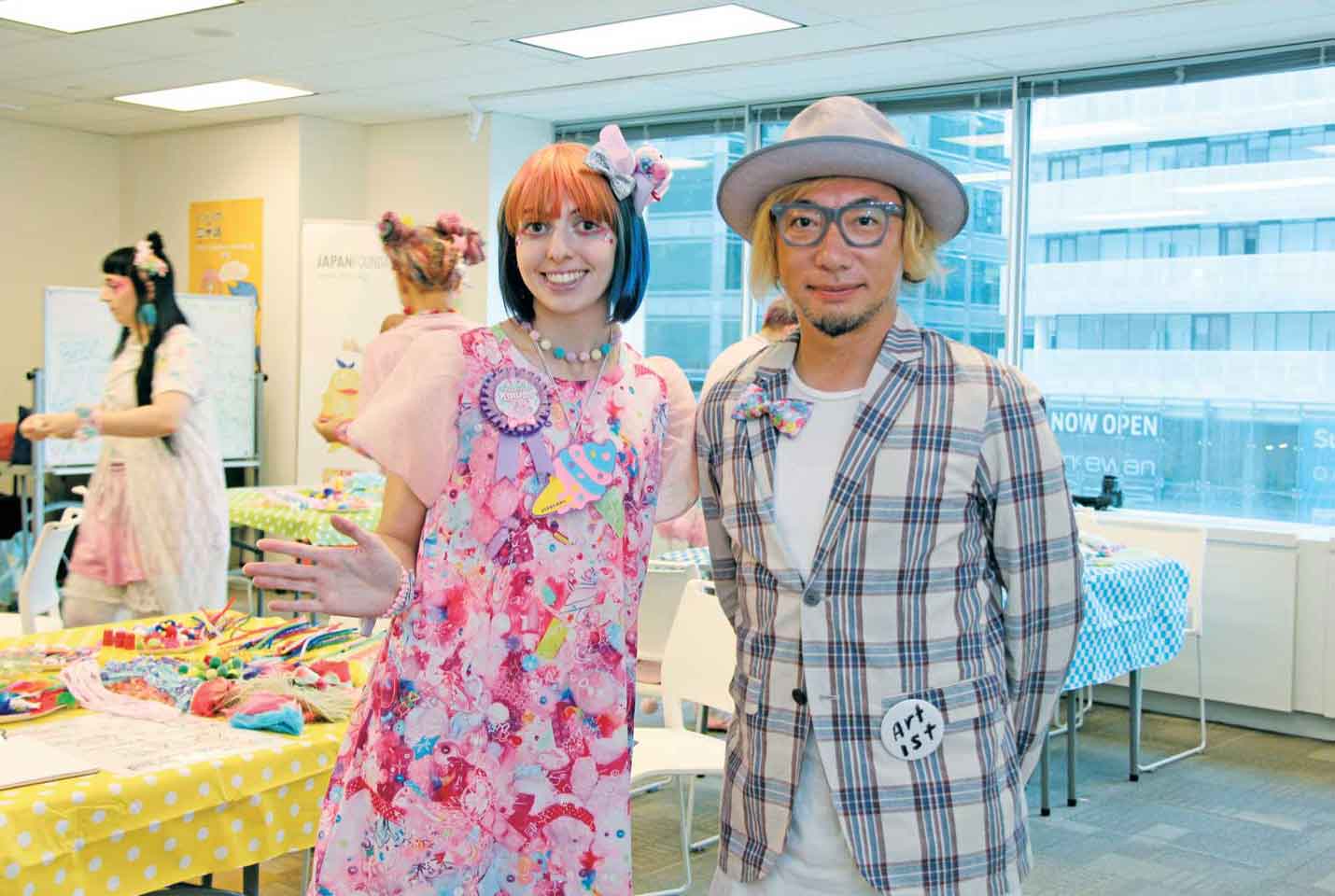 -Harajuku’s version of kawaii culture has been popularized, and people tend to associate Harajuku with the idea of kawaii. Have you thought about what other avenues can be explored in the future to spread Japanese culture to the world? 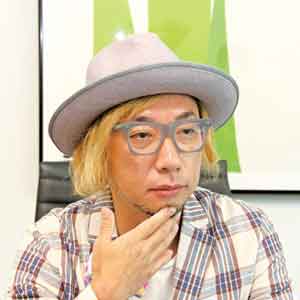 Culture is an agent that can be spread through the connection between people.

The government plays a big role in supporting cultural activities. When I attended a cultural communication forum held in South Korea, I thought they were fantastic in their presentation. They not only talked about historical cultural elements, but also made ample appeal for modern culture and icons such as BTS. This kind of presentation is mostly done by civilian communities in Japan, but in Korea, it is supported by the government. Afterwards, when they asked me for comments, I only had “excellent” to say. (Laugh)

As a part of my personal activities, I have launched a non-profit organization called HELI(X)UM to support the youth. The goal is to help foreign youths learn about Japanese art and culture, and to help Japanese youths learn about foreign cultures. I felt a sense of crisis in working with young people in art projects, and so I thought to provide more opportunities for creativity and communication.

-Could you talk a bit more about how you feel about Harajuku and what you see as its place in the world?

We have always spoken about Harajuku in terms of its relation to “kawaii” on a surface level. But now I believe it has become more about the philosophy, which liberates us to be more creative. It is similar to growing up, having a family and a job, and coming to realize that there are many other paths in life.

When I was a student, I found that I couldn’t find peers who shared the same hobbies. So I came to Harajuku on the weekends, and met people who were similar to me. It was an age before the internet, so the area of Harajuku became our community. For me, Harajuku is the place that really propelled me to take the next step.

The future is colourful

-Are there any artists who interest you at the moment?

I would say maybe not so much artists, but rather those who can generate an environment for creativity. Nowadays you can make anything you want, so I think the people who can make a platform for people to gather are the most creative. Artists from these communities can then be recognized by the world. This is how it works in contemporary times. 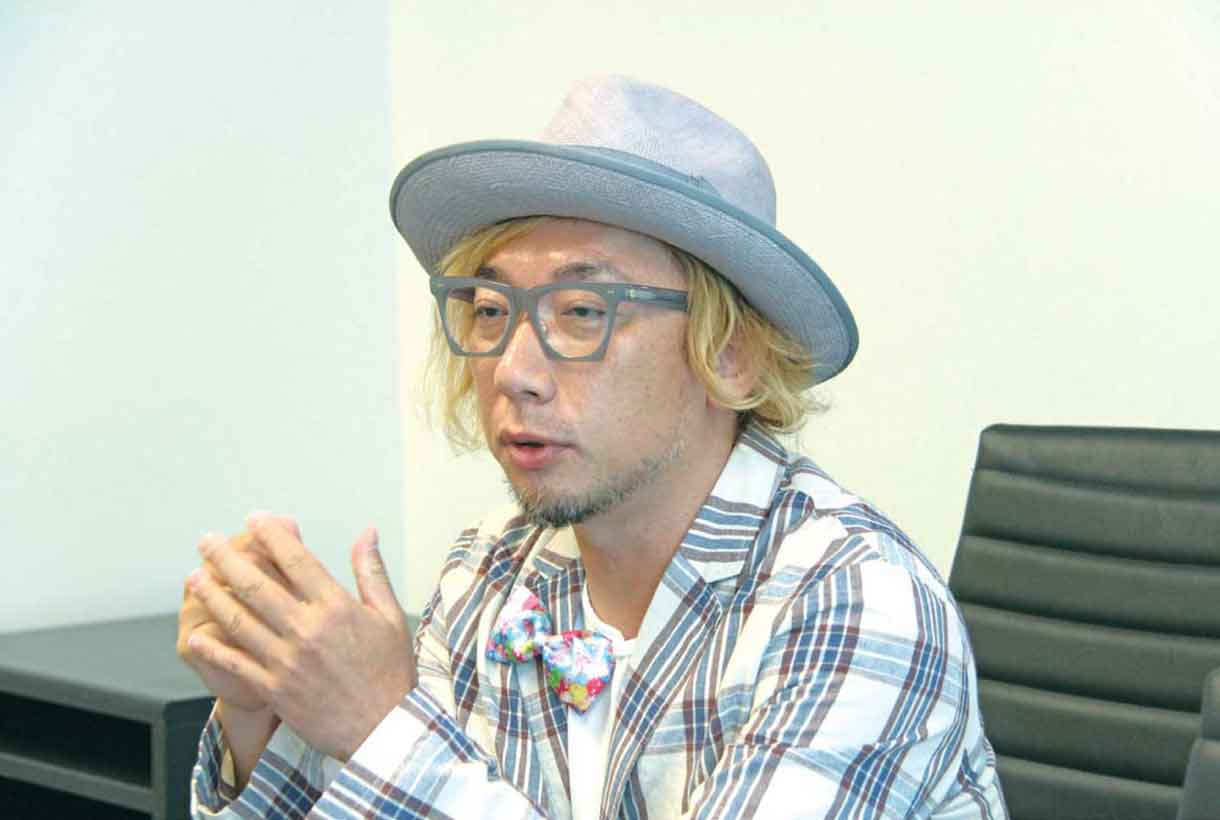 Do not be afraid to tackle new activities. It is very important to not be bound by the Japanese community and have a global mind. You will then see that the Japanese way of approaching things and the environment we are accustomed to are not the standard. Since you are already in Canada, try to challenge yourself and look at things in a new light.

I always tell my students “The future is colourful.” Japanese culture is not all about kimono and Japanese taiko drums. Of course those are important elements, but as Japanese, you should be keenly aware of what part of Japanese culture is resonating with the rest of the world.

Born in 1970, Masuda has been working in the fields of theatre and contemporary art since the 1990s. Harajuku has been his base since 1995, where he continues to create in his unique vision of art, fashion and entertainment. Masuda is the producer of the Harajuku-style fashion brand, 6% DOKI DOKI. In August 2019, he held a workshop at Japan Foundation, Toronto, as well as made an appearance at the Japan Festival. Masuda attended Otakuthon in Montreal from August 16-18.