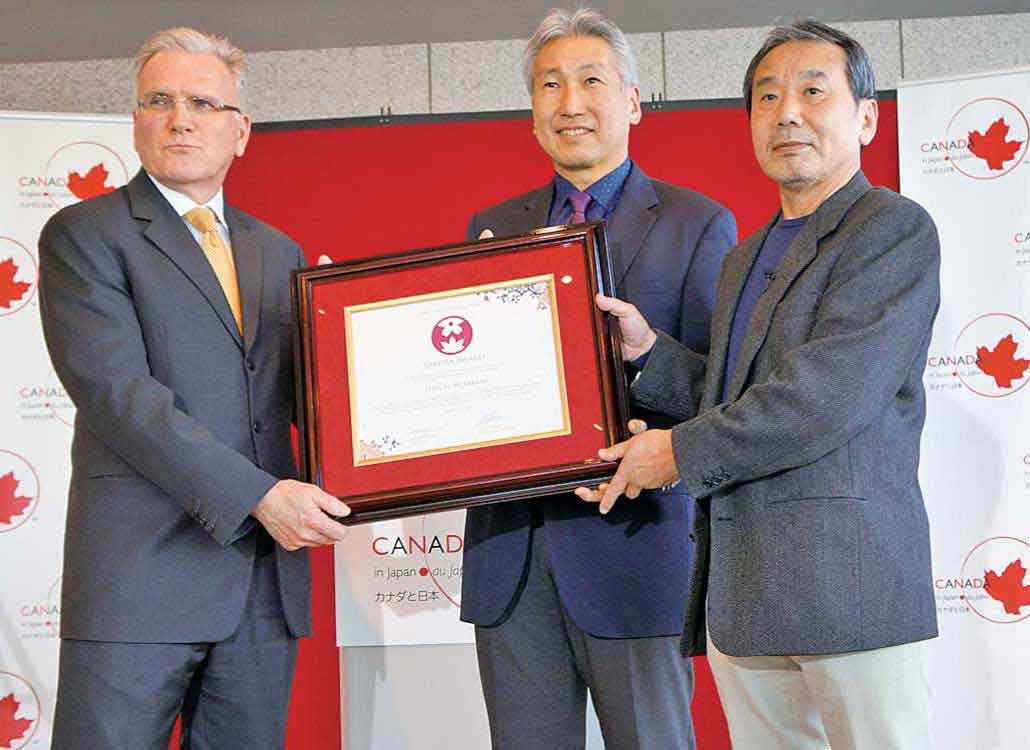 Haruki Murakami’s recent essay, Neko o suteru: Chichioya ni tsuite kataru tokini boku no kataru koto” (Abandoning A Cat: What I Talk About When I Talk About My Father, 猫を棄（す）てる――父親について語るときに僕の語ること), came out on May 10 in the monthly magazine, Bungeishunjū.

In 2008, Murakami and his father “did something like a reconciliation”, shortly before his death.

Chiaki, Murakami’s father, was born the second son of a Buddhist priest in Kyoto in 1917. In 1938, Chiaki was inducted into the Imperial Japanese Army at the age of 20. When Murakami was a child, elementary school, Chiaki told him that his troops once executed a captured Chinese soldier. “Needless to say, the barbaric sight of a human head getting cut off by a military sword was deeply etched into my young mind,” he writes in his essay.

Since Murakami was a child, his father’s telling of the event left a strong impression, making him “feel like he has partially inherited the experience.”

In many of Murakami’s novels and stories, Murakami has expressed his interest in China, dabbling with themes such as how one should discuss and learn about China as a Japanese person today. In his short story, A Slow Boat to China, the narrator recounts the Chinese people he has let in his life, The story, like most of his work, is somewhat mundane, ordinary, with subtle twists and the presence of something like fate dictating the narrative. In his novella, After Dark, there are Chinese characters who left China and roam the streets of Tokyo at night, trying to survive. In Wind Up Bird Chronicles, there are recounts of events that have happened near Mongolia during WWII. In his most recent novel, Killing Commendatore, some scenes are similar and perhaps inspired by the ones Chiaki told Murakami when he was a child.

“No matter how unpleasant things are and how much we want to look away from them, human beings have to accept such things as part of ourselves,” writes Murakami. “If not, where would the meaning of history lie?”