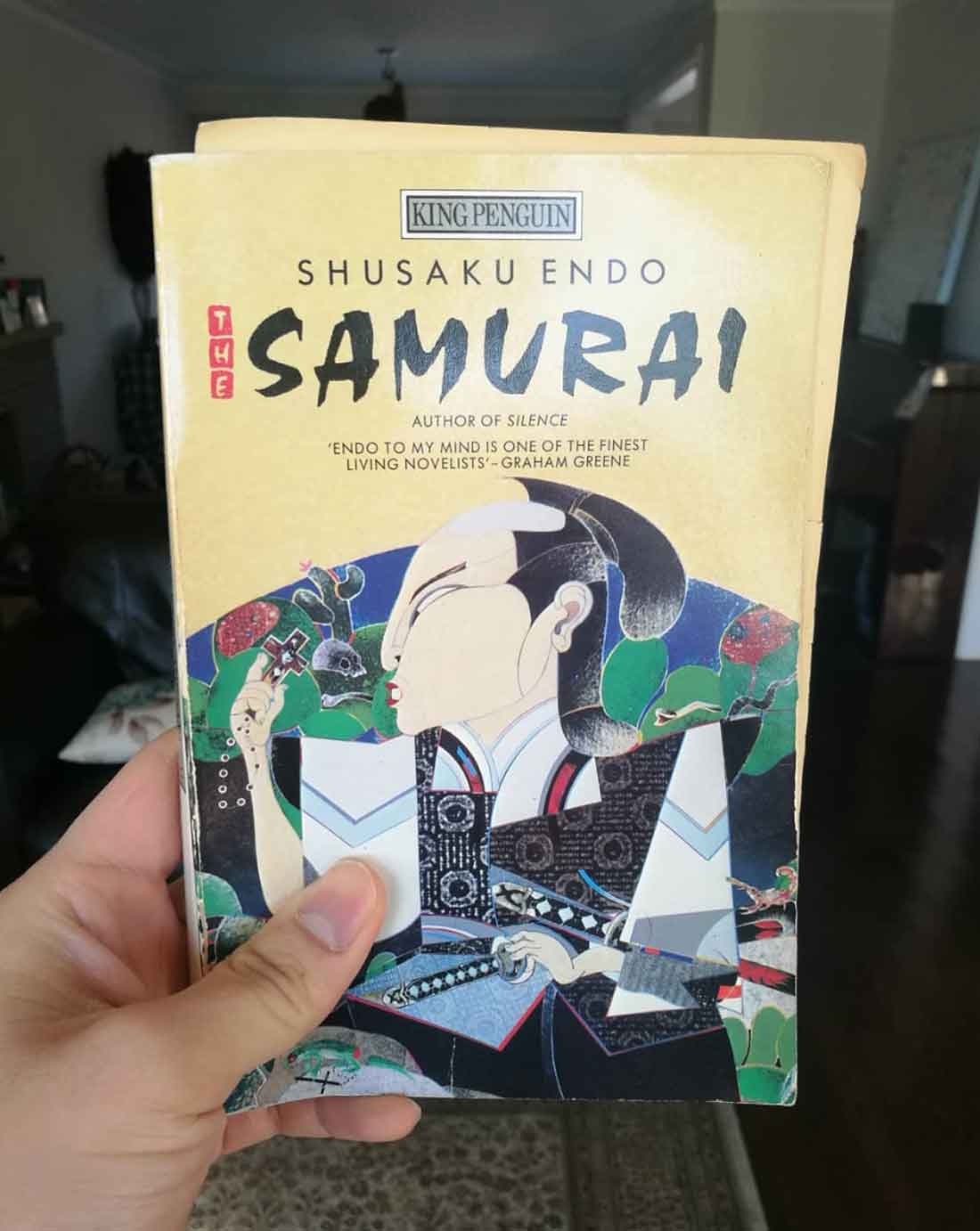 The novel is set in the 17th century and follows a four-year journey made by a group of low-ranking samurai (and retainers) sent on a diplomatic mission by a faction of the Japanese government to the King of Spain to secure trading rights with Neuva Espagne (Mexico), trip that takes them to a meeting with the Pope. With them is Velasco, a missionary and their translator, who is on this trip for his own purposes, which is to secure influence for himself and his faction (the Dominicans) in the missionary effort in Japan.

Endo has a constructs differences between the Japanese mind and the Christian mind—the former, a culture with immanent spiritual conceptions, no conceptions of the Absolute, practical, and the latter, an opposite of the former—through the opaque samurai (especially Hasekura Rokuemon, the protagonist, who is referred to more than often by his title than name) and the transparent diaries of Velasco.

Above all, this is a story of a journey of faith (unfortunately, I’m not a man of faith and I cannot comment on Endo’s biblical and Christian references), faith for the samurai in their government and emperor, and faith for Velasco in God, and a resulting loss of trust in man-made political formations (Emperor and Japanese government, Catholic church). Endo seems to point to a personal relationship with Christ (the Japanese priest the group meets in New Mexico presents a model outside of the workings of political processes).