Meowth is a character that everyone knows even if you have never collected Pokémon cards or played the game on your DS. However, the Meowth from the Team Rocket trio with Jessie and James is different from others. He can talk and walk with two feet. Why is that? This article will tell the story.

Pokémon is many people’s collective memory no matter if you are from North America or Japan. If you are a fan of the adorable Pikachu, then Meowth is very likely to be your least favourite character because he is one of the main antagonists.

Team Rocket’s Meowth is the only non-legendary Pokémon that can speak human. According to Bulbapedia, which is the encyclopedia for Pokémon’s, in a flashback in Go West Young Meowth, his earliest memory is being abandoned at Camp Pokéhearst when he was only a kitten.

According to Bulbapedia, Meowth was lonely and constantly starving. One time, he tipped over a basket when he thought it was carrying food. Being punished by a baseball coach, he was hung up on a tree. From the tree, Meowth saw a movie called That Darn Meowth, which tells a story living in Hollywood being fed with delicious food by its family. At that moment, Meowth idealized Hollywood and was determined to pay a visit. 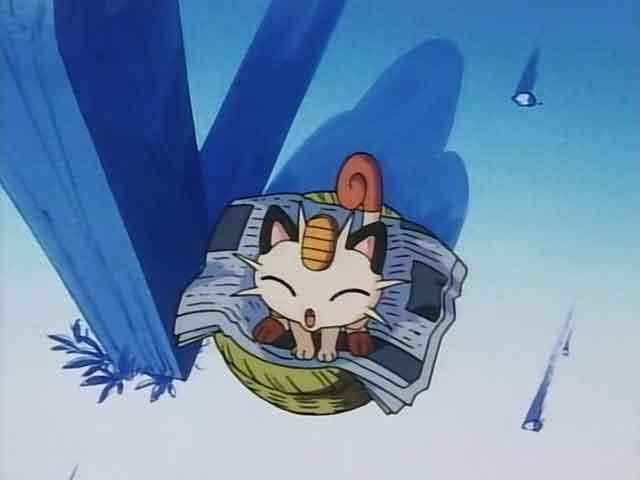 However, Bulbapedia said that his life did not experience drastic changes after he arrived Hollywood. He was still perceived as a stray cat and he stole food to sustain himself.

One day, Meowth joined a street gang led by a Persian, which is a Dark-type Poke’mon evolved from Meowth. The gang constantly annoyed the humans in town by stealing food an causing trouble. Meowth stayed in a gang for a long period of time 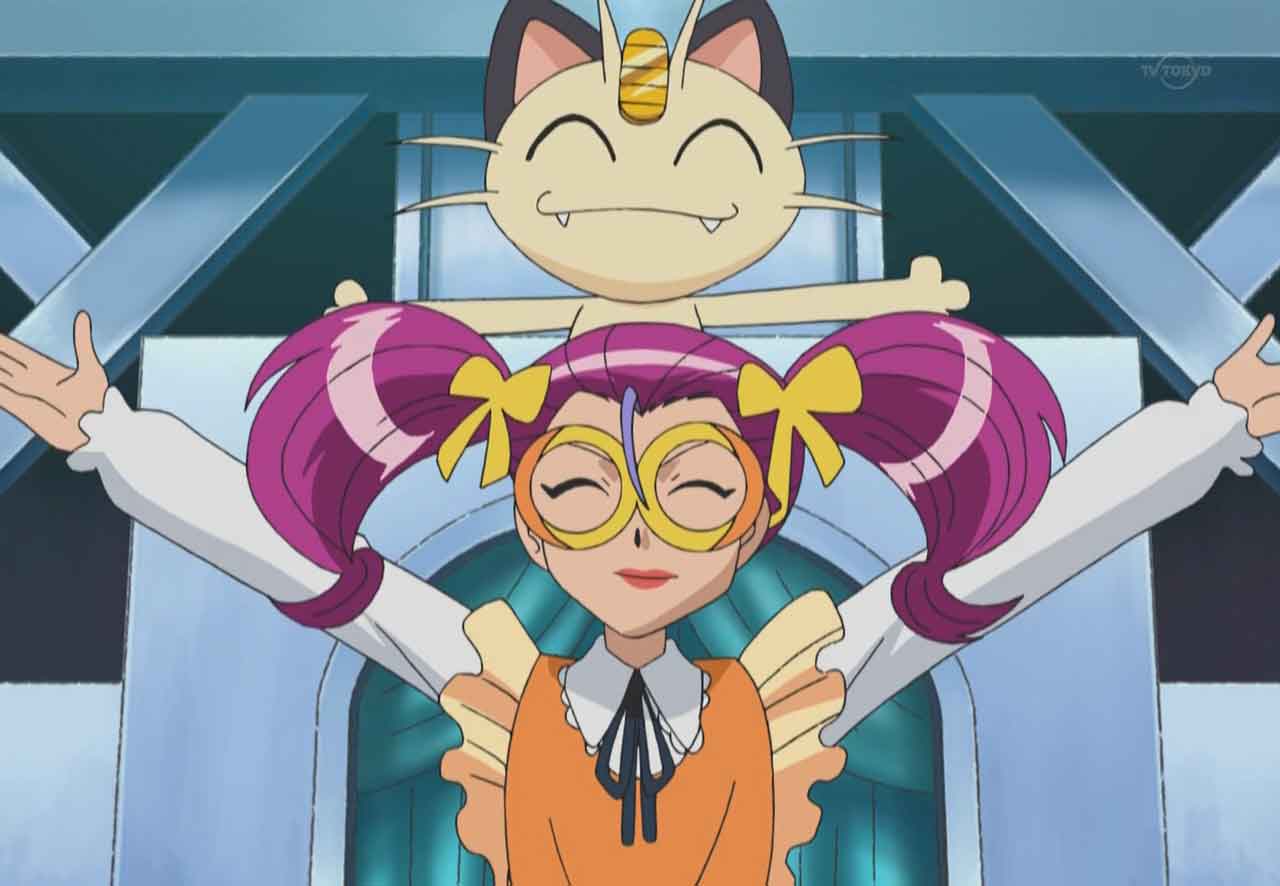 After some time of being part of the gang, Meowth met a female Meowth named Meowzie. Meowth fell in love in first sight. Unfortunately, Meowzie rejected Meowth saying that she preferred humans.

Mewoth appeared in front of Meowzie after his transformation. Instead of appreciating his effort, Meowzie was “freaked-out” and rejected him again.

Being heartbroken, Meowth remembered the first human word he learnt was “Rocket”. This inspired him to join the Team Rocket.

After showing up at the Team Rocket Headquarters, he successfully got assigned to team with Jessie and James. That was when all the main Pokémon stories began. 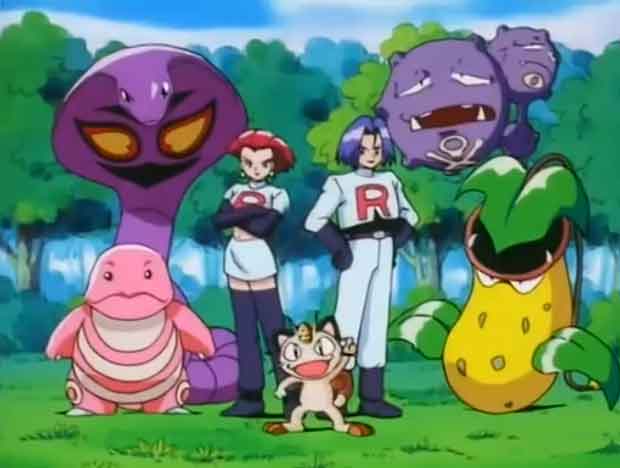 According to the Pokémon Wikipedia, Meowths are urban nocturnal, they spend the night prowling the streets and the day sleeping. They are attracted to all shinny objects.

There is another type of Meowth called Alolan Meowth introduced in Pokémon Sun/ Moon. Alolan Meowths have darker skin colours and they are extremely cunning. They are aggressive when someone dirties their coins or hurt their self-esteems.

Meowth is a cat-like Pokémon. In Japan, cats represent good luck and other blessings. One of the most popular cat figurine is the Maneki-Neko (招き猫, “beckoning cat”), which people believe it will bring prosperity to businesses. The cat figurine usually has one paw up as if it is beckoning.

According to a piece by CNN travel that shares one of the stories of where the feline figurine originated. Gotokuji, a temple in Tokyo, is known to be where the cat is originated.

The story began in the 1400s, the temple was overlooked by a poor monk. The monk had a cat that he loved as if it was his own child. One day, he told the cat to give him good fortune.

Soon later, a few samurai arrived to the temple during a rainstorm. They said that the cat’s wave caught their attentions. So, the monk welcomed the samurai and shared them his teachings.

According to the article, one of the samurai was so touched by the words. To reciprocate, the samurai donated rice fields and crop lands to the temple, making it the grand shrine it is today.

Cat has a special place in Japanese culture, just like how Meowth is a special character in the Pokémon series. 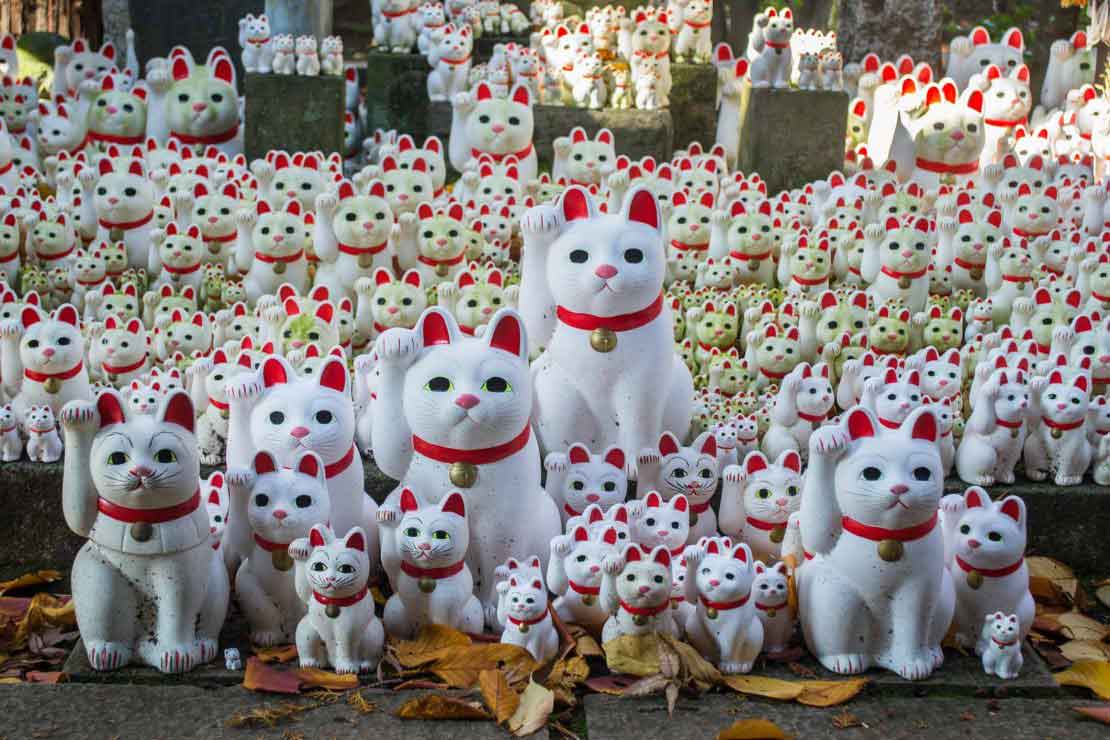