By reading the title, you might assume that I am writing about those individual karaoke booths that you see trending in Asia. No, I am talking about going to separate karaoke rooms so you can sing alone.

I was culture shocked when I heard about this. One of my Japanese friends told me that she does not like singing karaoke with people. I did not understand and teased her that “what, do you go sing karaoke alone or something?”. She was like, “Yes. People always do that.”

I looked it up online because I still could not believe it. Apparently, South China Morning Post published an article about having “me time” at karaoke. The article says that “surveys show Japanese consumer rate quality time alone above hours spent with family and friends.” The person they interviewed named Masaki Kitakoga said that it was a “liberating experience.”

I always picture Karaoke as a socializing activity. It is like drinking, you do not drink alone, maybe on certain occasions you do but usually you do not. When my friend told me that sometime she goes to Karaoke with her sister but they go to different rooms and just meet at the lobby 2 hours later, I could not bring myself to acknowledge this is common in Japan. Turns out it is. Her explanation was that you pay the same amount of money, yet if you go with a person that do not sing the same songs as you, the other person needed to wait half of the time. Time is money, and it is literally a waste of money. This sounds a little bit more logical to me.

According to the same article from South China Morning Post, “Japan’s demographic make-up – more than one third of households contain just one person – makes it perfect for the solo market, with many also craving ‘me time’ in a fast-paced, interconnected and workaholic society.” Sometimes people get overwhelmed by the crowdedness in big cities. Sometimes people get tired from constant being around someone. Maybe that is the reason why people would rather go to Karaoke alone than spend more time with people.

This is not just a trend that is happening in Japan. There are individual singing booths in China, so people can sing in a mall by themselves. They can pay per hour or per song. It is a completely sound proof cubicle so you will not get weird eyed when you sing alone. 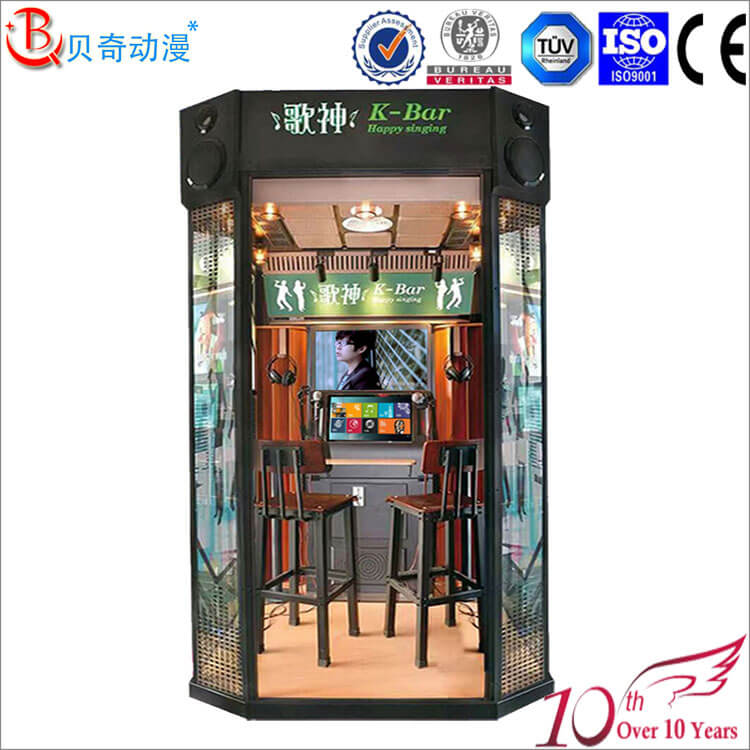 The article explained the phenomenon of people yearning for isolation is because “the pace of modern life with ubiquitous social media is also pushing this trend, experts say, as fatigued people seek relief from round-the-clock contact.” I guess there are people that gain energy from people and others gain energy from being alone. I believe back when technology was not as advanced, seeing people or having other’s updates was more difficult. Now with the overwhelming information on Twitter, Instagram and Facebook, sometimes you just get flooded with information of other’s life and forget to listen to your own voice once in a while.

Now I can understand why this could be luring. When you go through a break-up, do you want to bring a bunch of friends with you when you sing sad break-up songs? Or would you rather be left alone and scream your heart out? I think the latter sounds more attractive.

The same theory applies to solo traveling. It is all party and fun if you travel with the right person but sometimes you would rather do the things you like in your own pace.