Cameron Fliegel, a Canadian designer, created his own brand of street-style clothing. Incorporating Japanese letters and illustrations, his designs are modern and simple, attracting a wide range of audience from the start. In this interview, we asked Cameron about how TOJA CO. came to be, and about his passion for Japan.

It all started with anime: Cameron’s lifelong passion for Japan

How did TOJA CO. start?

The first time I went to Japan was actually July of 2017. Growing up, that was pretty much my life goal. I wanted to go to Japan ever since I was a kid. When I got back from Japan last summer, I felt this creative flow going through me, and I felt like I needed to do something with it. That’s when I first designed the TOJA CO. logo. It was originally for myself, but then people reached out to me saying that they actually really liked it. Then I thought, “Why am I going to stop here? People like this design that I created, and I like this design that I created.” So that’s when I decided I was going to take this to the next level: to create a brand out of it. It was only in the beginning of 2018 when it fully materialized. Then the launch happened in June. The concept had been there for almost a year, but the brand came into existence only very recently. 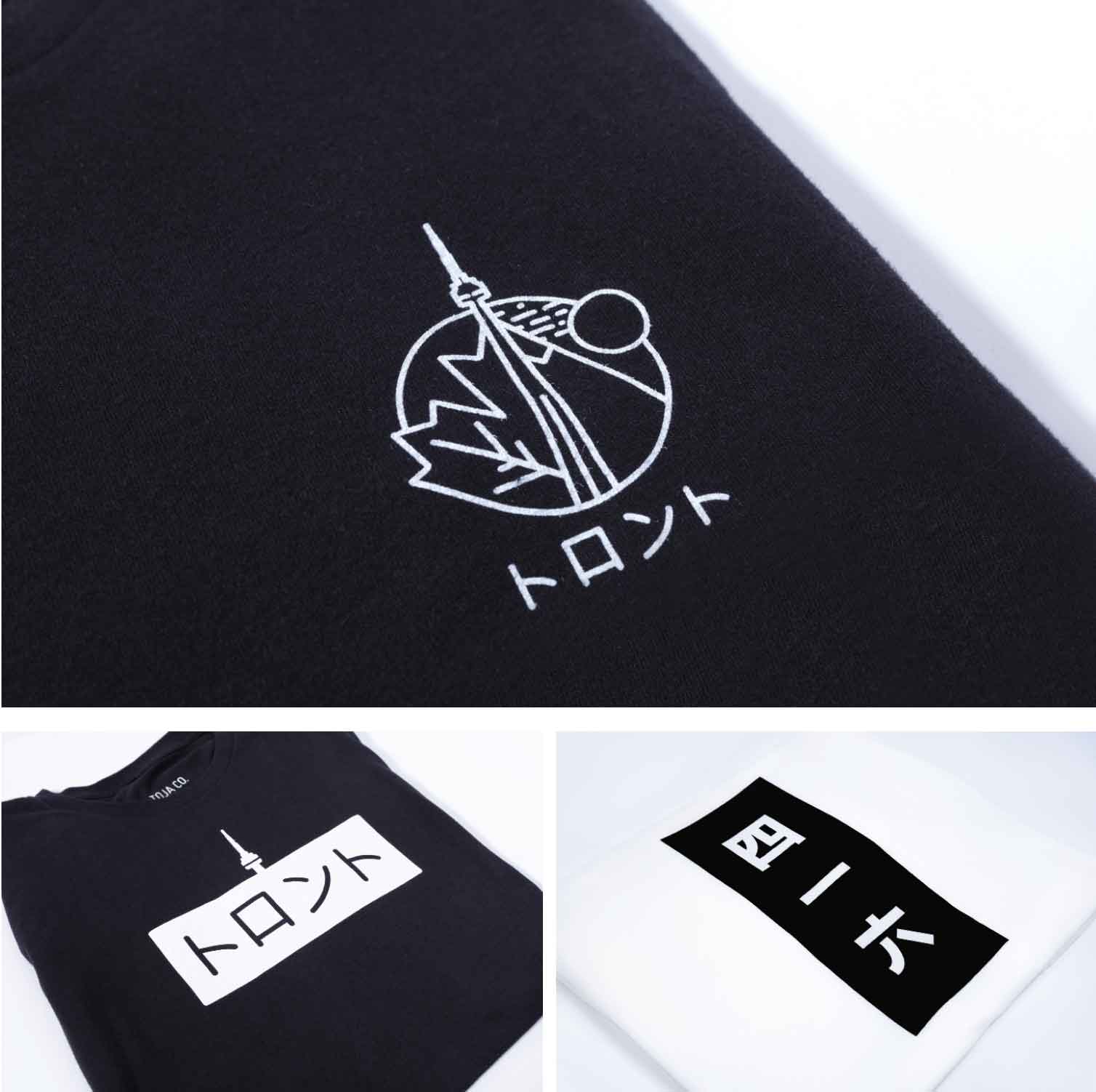 It seems as though you had an interest in Japan ever since you were young. What was it about Japanese culture that attracted you from early on?

As with most kids, I think it all started with anime. From there, it developed into this curiosity. I thought, “I want to know more about things and media that come from this culture.” As I was growing up, I would dig into it more and more—I learned about the food, the people, the language, and even the geography. It all stemmed from anime! I find that that’s the case with a lot of people. I think it’s the easiest way to be exposed to Japanese culture.

Anime sure is powerful! In your opinion, what is it about Japanese culture and media that attracts so many people?

I’ve always asked myself that question too. I think it may be because its economic advancement is so similar to the West, yet its creativity is a whole different layer that’s completely foreign to us. I just feel naturally attracted to that culture, so I can’t quite describe what it is. It’s a feeling. It just clicks.

Seeing a resemblance between Osaka and Toronto

You’ve visited Japan for the first time only recently, but were there any places that were particularly memorable?

We were all over the place during the trip. We started in Tokyo. We visited the main areas like Akihabara, Shinjuku, Shibuya, and Ikebukuro. We also went to Kansai, travelling through Kyoto, Osaka, and Nara. But out of all the places we visited, I feel like I always look back at Osaka. The people in Osaka were outgoing and had a great sense of humor.

People in Tokyo were nice as well, but there was something about Osaka that was different. I think the best way to explain it is while Osaka is like Toronto, Tokyo is like New York. It felt as if Osaka had little more art and raw culture as part of it similar to Toronto, whereas Tokyo was a giant metropolis similar to New York. Perhaps that’s why I’m attracted to Osaka—it’s similar to Toronto in certain ways.

It seems as though you enjoyed your very first trip to Japan! Do you have plans on returning sometime soon?

Absolutely. I actually returned to Japan in 2018. When I went in 2017, I thought, “I need to go back as soon as possible.” I stayed in Tokyo because I wanted to take a good look at Tokyo, and not just its busy areas. A lot of times I didn’t use GPS, and I just walked around. I definitely felt a different kind of energy the second time I went there. I got to see a different side of Tokyo, and I learned that the busy areas are not the only thing that defines Tokyo. It just gave me a whole different outlook on Tokyo.

The desire to create something to make an impression

Has graphic designing and brand development something you have had in mind ever since you were young?

No. Actually, when I was in high school, I wanted to be a chef. But things changed towards the end of high school, and I started becoming more interested in the digital world. I think I was attracted to it partially because I played a lot of video games when I was younger. That’s another place where I was introduced to Japanese culture.
Although I wanted to do something digital, back then I still didn’t know what I specifically wanted to do with it. What I did know, though, was that I was also into visual arts. Then I decided that graphic design would be perfect, since it is a place where those two interests meet.

I have heard that you have worked with other brands as a graphic designer as well. What are some of the things you have done?

As a graphic designer, I’ve worked with a range of clients. Some of the clients were big names too. When working with other brands, I would say you would have to drop your bias to adhere or accommodate to each brand. I can’t just use my style when working with clients, particularly if they are big names. I have to read their brand guidelines, and I have to accommodate to their style while still being creative. I think that’s usually the biggest challenge. But now, I’ve had a lot of experience, and I think that gave me what I needed to start my own brand.

Apart from TOJA CO., you do a wide range of things as a designer, but what’s at the core of all of it?

I think ultimately it leads to wanting to make a lasting impression. That’s what I’m trying to do with TOJA CO. too. Through TOJA CO., I’m trying to express a certain message. Actually, that brings me to the three pillars of TOJA CO., which are “openness”, “adventurous” and “passion”. These are things a lot of people in Toronto have. So I’m really trying to push those ideals, make a lasting impression, and spread these values through TOJA CO. 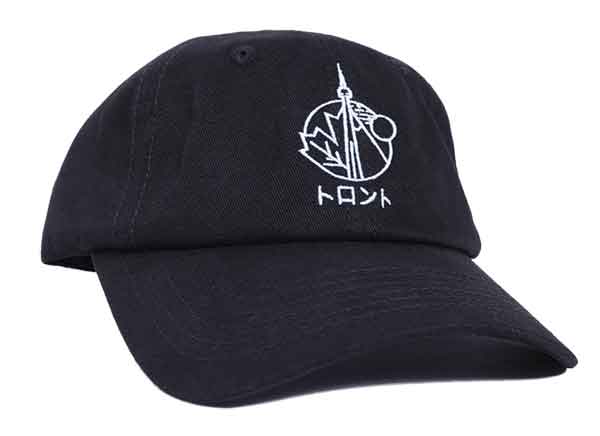 What is it about Toronto that makes it a special place?

I think the three pillars that I just mentioned are exactly what Toronto embraces. Everyone here is passionate and open-minded. Because it’s such a cultured city, the people are curious and adventurous too. Because Toronto is such a multicultural and artsy city, the city raised us and bred us to be that way.

Actually, I went to New York for the first time recently as well. Of course, there are a lot of cultures and restaurants in New York, just like there are in Toronto. But to me it felt as if they all melted together whereas i each of them are defined here in Toronto. Each culture is uniquely individualized, and they’re distinct and visible in the best way possible.

Being in Toronto you can appreciate and explore every one of these cultures. Perhaps that will trigger something within, and people can think, “I want to travel to this country because Toronto taught me a little about its culture.” That’s how I felt about Japan. I feel like Toronto helped me explore Japan and its culture.

A simple design that resonates with many

So far, you have incorporated elements from both Canada and Japan in your design, such as the CN Tower and Mount Fuji. What other elements are you planning to incorporate in your upcoming designs?

I think I want to keep it mostly typographic: it’s the art of laying out text or type. I really enjoy typography, because with it I can implement Japanese characters easily, like hiragana, katakana and kanji. I also think the audience is naturally attracted to Japanese letters. Of course, I also have a lot of ideas for illustrations as well. I think as long as the design is simple, regardless of its shape or form, it can really appeal to anyone. That’s what I’m trying to go for.

Where do you draw your inspirations from?

I would say I draw inspirations from modern illustration styles. They’re simplistic, line-based, and not too heavy on fills and colours. In a way, it’s like Japanese art. A lot of old Japanese art is also boldly lined, and the different shades are presented through lines as well.

I would also say Hokusai, the creator of “The Great Wave”, has inspired me for sure. Another element that has inspired me is Japanese architecture. Elements like the neon lights and the streetscape have inspired me.

Having been exposed to the arts of both Toronto and Japan, how do you think the art and culture of Japan is viewed by the people of Toronto?

I guess because all art is subjective, there would be a range of opinions. But when I talk to those who aren’t very knowledgeable about Japanese culture, they say they like it because it’s different. I always hear the words “different” and “unique”.
Other cultures also have art that’s quite “different”, but there’s just something about Japanese culture and arts that attracts people to it. Again, it’s just the feeling! I wish I could explain it in words, but I don’t quite know what it is. I’m trying to figure it out too.

Now that TOJA CO. is in full bloom, what are some of your goals for the future?

Right now, I am working full-time as a graphic designer in a studio, but eventually I would want to be a freelance graphic designer so that I can work anywhere in the world. Ultimately, my goal is to live in Japan.
I’ve had that goal for quite a while now. But before I do so, I think I really need to go there and travel some more to make sure that that’s what I want to do. One day, I hope to bring TOJA CO. there! That’s definitely one big goal.

Lastly, please give a message to the readers of TORJA.
First of all, welcome to Canada! Toronto is an amazing city, and you made a good choice coming here. I would be very happy if you could check out TOJA CO. and experience the ideals: “open-minded”, “adventurous”, and “passionate”.

Because TOJA CO. incorporates elements of Japan in its designs, perhaps it resonates well with the people of Japan as well as the people of Toronto. Perhaps you could bring TOJA CO. back to Japan to your family and friends to spread the values of Toronto! And lastly, enjoy your time here in Toronto! It’s truly a very unique city.