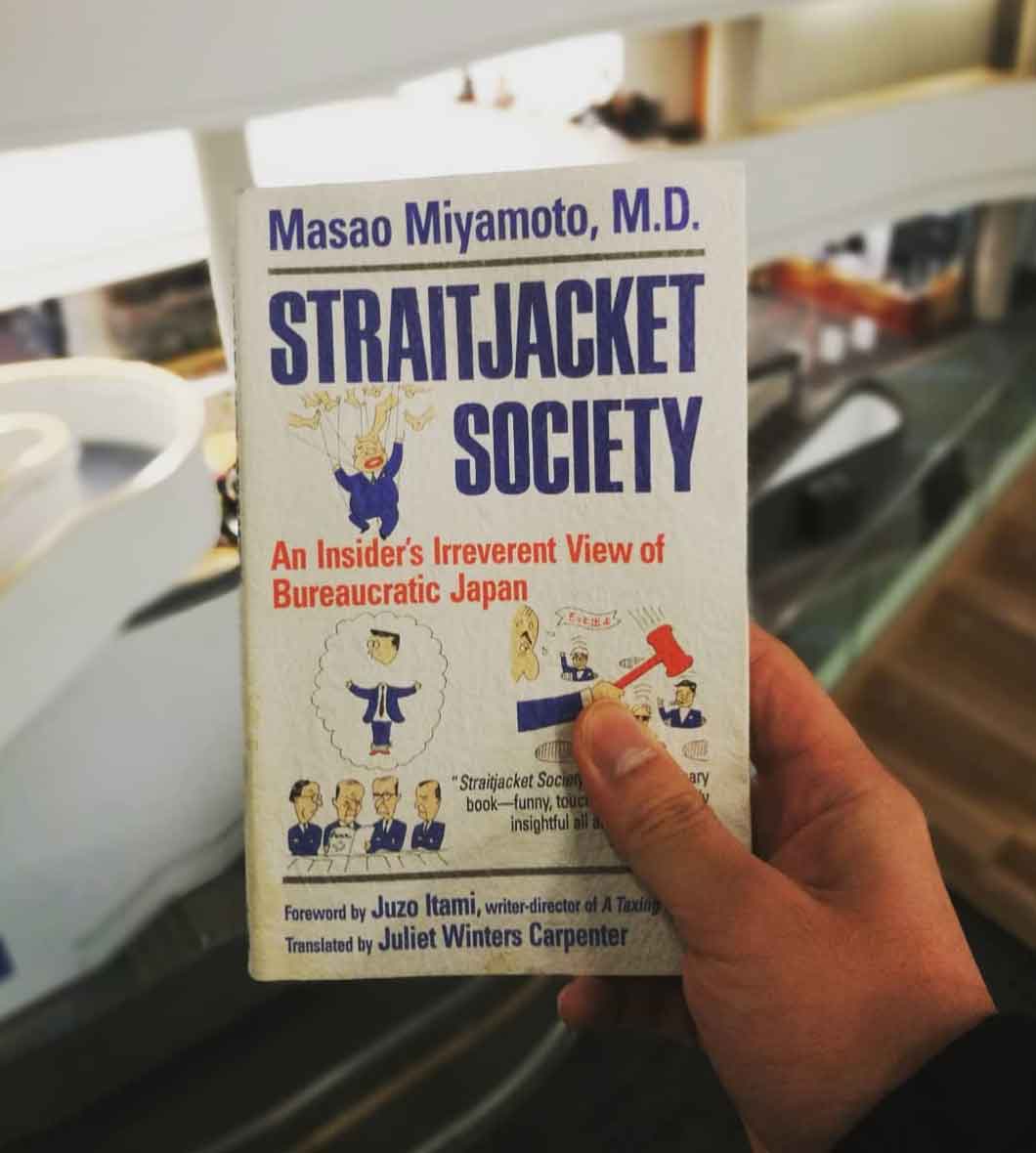 Masao Miyamoto is a psychiatrist who grew up in Japan and was trained in the US. He returned to Japan after 11 years of living, teaching, and working in America to enter the Japanese bureaucracy, and this book contains critical articles of analysis that he submitted to major Japanese newspapers.

As the introduction by Juzo Itami explains, the bureaucracy in Japan is the inheritor of the governmental structure of the Meiji Restoration, where a group of Japanese elites thought of it as their duty to lead national development to protect themselves from the threat of Western imperial powers. It thus had a historically important function, and the bureaucracy still has unparalleled power, holding effectively both legislative and executive functions within the government.

I thought while reading that he was perhaps too harsh in his criticism, and wrote as a smug, intellectual trained in the West who, after adopting the mores of the “developed” Westerner, views his native home with a paternalistic eye. However, he is also able to understand Japanese culture as well, the penultimate chapter features a conversation between him and an American expat to Japan. He reveals that he returned with the hopes of helping his country and his countrymen–what are some of his recommendations, you may ask?–he wants to liberalize the bureaucracy, who operates as the biggest trade barrier: by opening the markets for trade, it would shift the interests of producers to those of the consumers, leading to a win-win situation for all the consumers in the world—I guess the values of the market were just starting penetrate Japan.