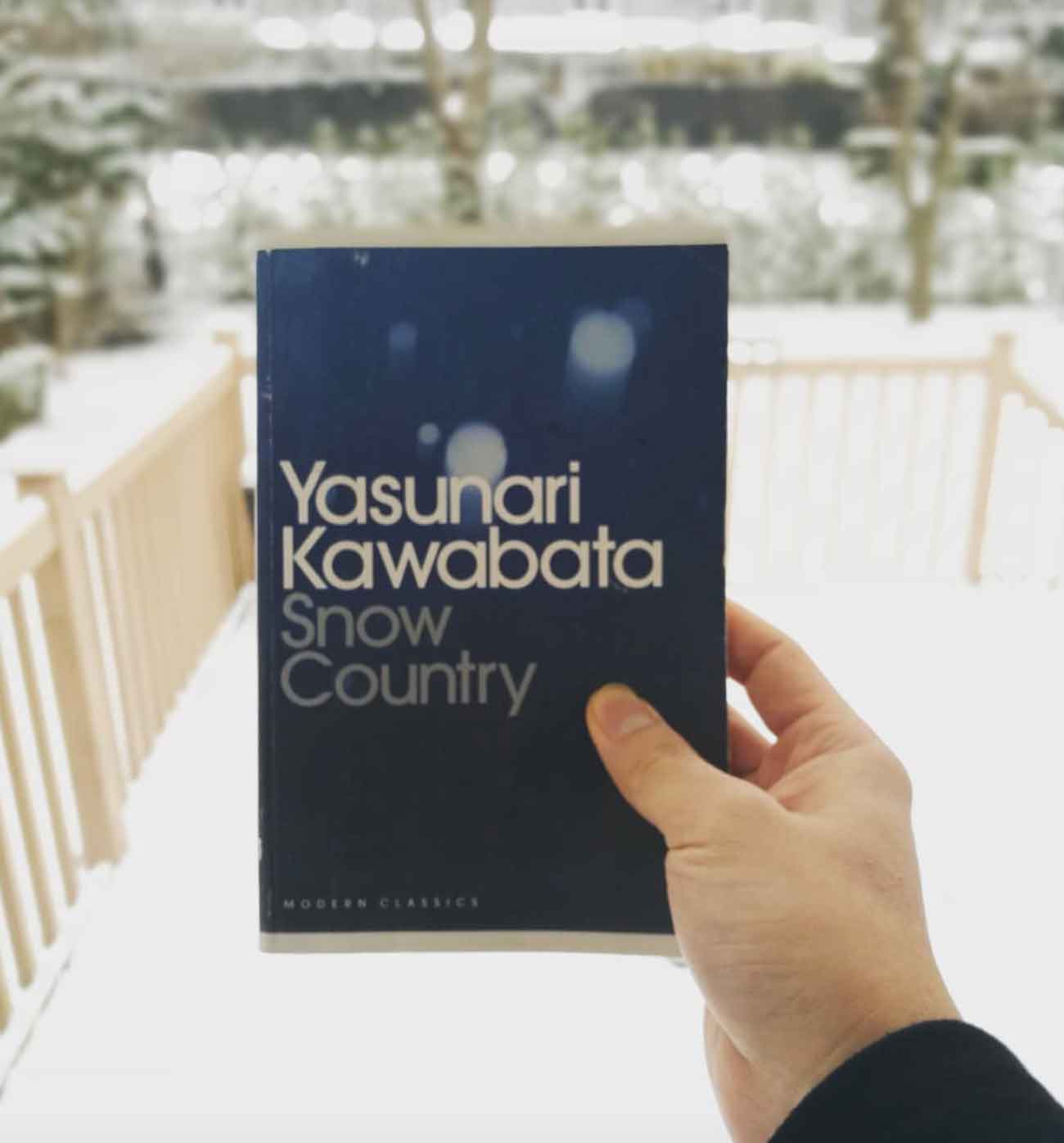 Snow Country starts (and ends) with Yoko, a girl with “such a beautiful voice that it struck one as sad.” Shimamura is only permitted an indirect apprehension of her through Kawabata’s window-mirror (there is an interesting short study published by the Japan Times, will link below). Yoko is a phantasm, a fantastical dreamlike object of desire who floats in the background.

Shimamura is a married and rich idler from Tokyo who goes to snow country to see Komako, who is basically his geisha side bitch. He has a highly developed sense of aesthetics, as can be attested by numerous image-passages (flaneur-photographer type, I initially thought of film director Ozu when I read these, but I think they are a bit different in form and function, an example can be found p. 34 – 35). His chief preoccupation is with the Occidental dance (ballet), a form that is distant enough for him to freely project his fantasies (but what happens when the Occident is embodied? See pages 63 to 64 for the answer). Kawabata makes a direct comparison between the Occidental dance, Komako, Yoko, so basically the three are objects/figures for him to freely project his fantasies on, and catalysts who allow the aestheticization of experience. Once Komako becomes “too intimate, too familiar” it is time for Shimamura to go (I think it is instructive to see how Kawabata writes of their physical liaison; it is unwritten, a silence, a way of keeping Komako from losing her fantastical appeal). Last few pages are amazing, the immediacy and urgency of the fire versus the cold detached universal presence of the Milky Way. I think that the last page shows that Komako and Yoko are doubles of each other, joined by madness, the foreground and background of Shimamura’s painting of Snow Country (also check out page 5, Shimamura encounters Yoko through his thoughts about Komako).