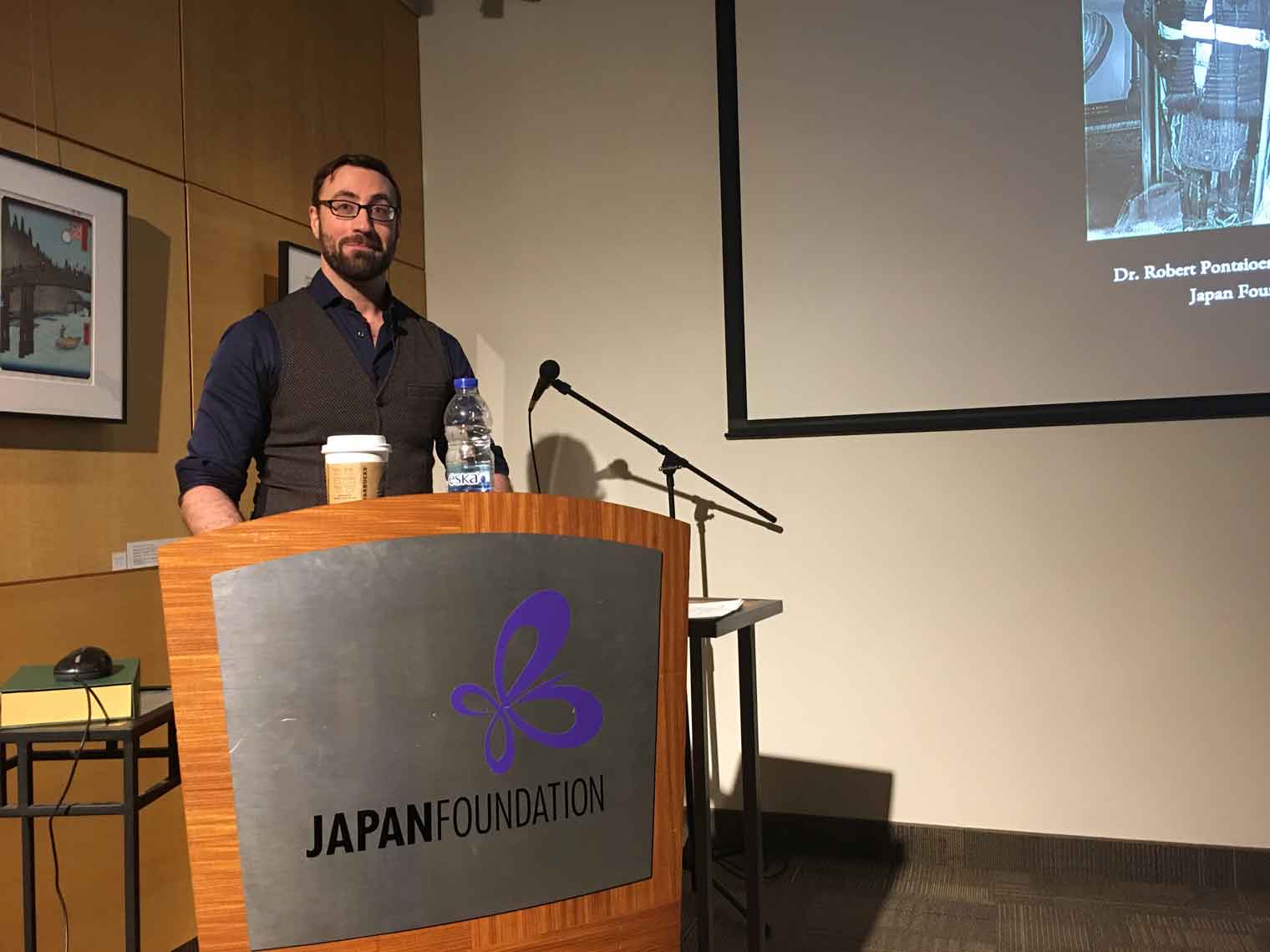 Dr. Robert Pontsioen’s lecture, Secrets of the Smithsonian Samurai: Rediscovering the Lost ‘Living Dolls’ of Japan’ was held at the Japan Foundation on February 6th. Dr. Robert Pontsioen of the Smithsonian Institution traced his recent rediscovery of the mysterious Japanese dolls, ikiningyo, and explored their place in the artistic and cultural milieu of late 19th century Japan and America.

To mark the opening of the lecture, Executive Director of the Japan Foundation, Yuko Shimizu welcomed Dr. Robert Pontsioen. Dr. Pontsioen is a Researcher in the Asian Cultural History Program at the National Museum of Natural History, Smithsonian Institution. His research involves extensive fieldwork among artisan communities, and centers on Japanese and other Asian material culture, with a focus on traditional arts and crafts, reproduction of craft skills, and strategies for cultural heritage promotion and preservation.

Dr. Pontsioen expressed his gratitude towards the generous fellowship from the Japan Foundation in 2016 to 2017, and shared his thought on his aim to both increase our understanding of museum collections and reunite source communities with treasured objects from their past. 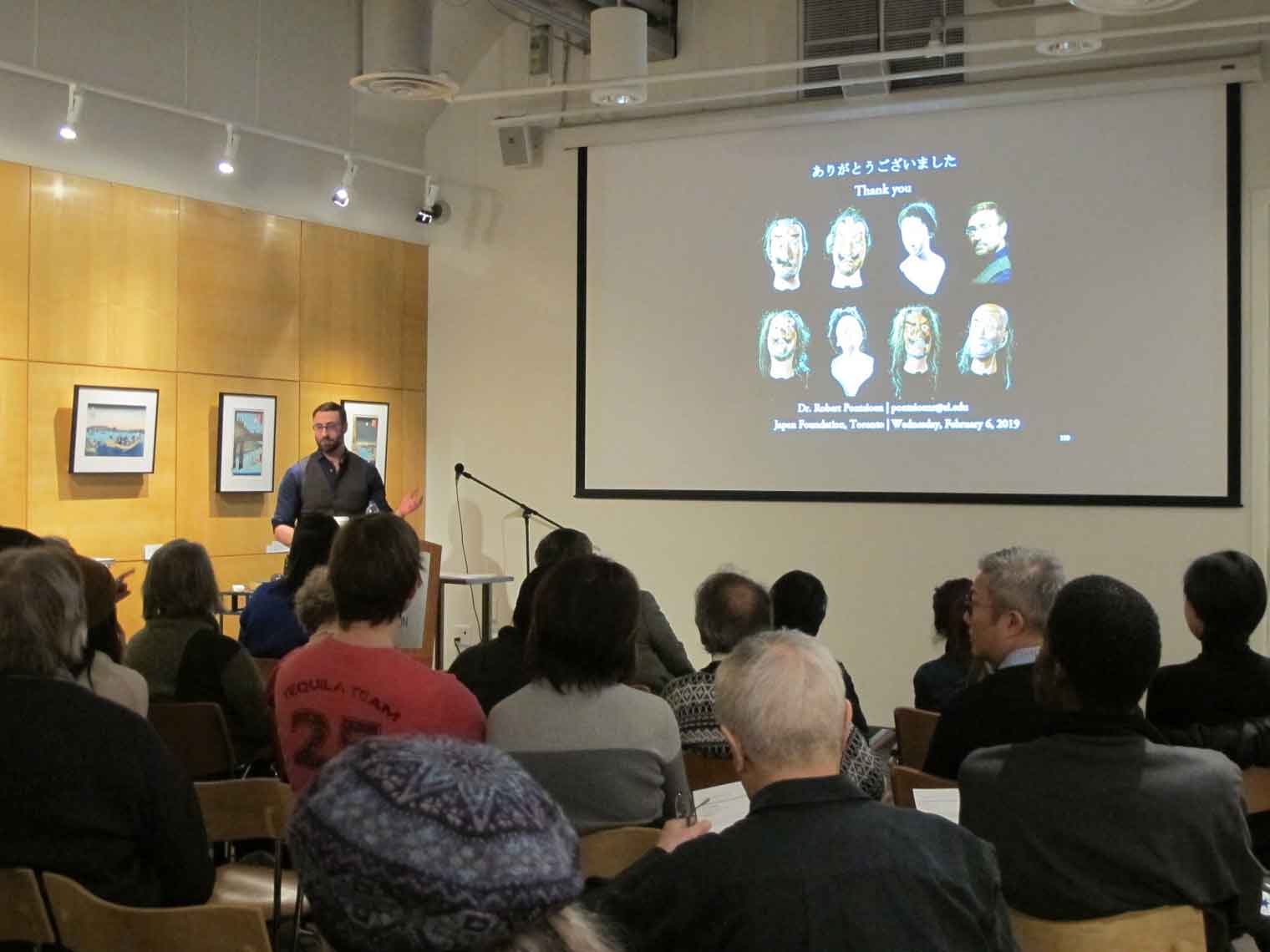 Iki ningyo, or living doll, which Dr. Pontsioen calls his “research, fascination, and unhealthy obsession”, is a type of Japanese traditional life-sized dolls that depict a unique Japanese aesthetic, that are not particularly well-known artifacts from Japan. They came about in the Edo period, and gained great popularity and were exhibited at misemono, akin to wax museums. Dr. Pontsioen explained they are extremely important in the history of Japan during the Edo period and beginning of Meiji era.

In the Edo period, there was a theatre district in Japan and misemono—which loosely translates to “shows” or “exhibitions”. Many of the misemono were put on hurriedly and were characterized by their crudeness. It is often overlooked and considered unworthy of attentions by scholars, due to their recognition that it is vulgar and cheap. However, Dr. Pontsioen explains that it is a critical part of Japanese urban culture, just like ukiyoe. Many scenes in ukiyoe depict misemono too, which highlight misemono’s significance in the cultural miliu. He showed woodblock prints by Utagawa Kuniteru, made in 1830 which depicts mundane lives of working class, which he explained is “the kind of environment where misemono existed”. Misemono had little admission fee and was available for everyone unlike theatres—it was an art for everybody. It was also a great interest for the upper class, such as Togugawa Ieyasu, and they could not escape the appeal of the shows. 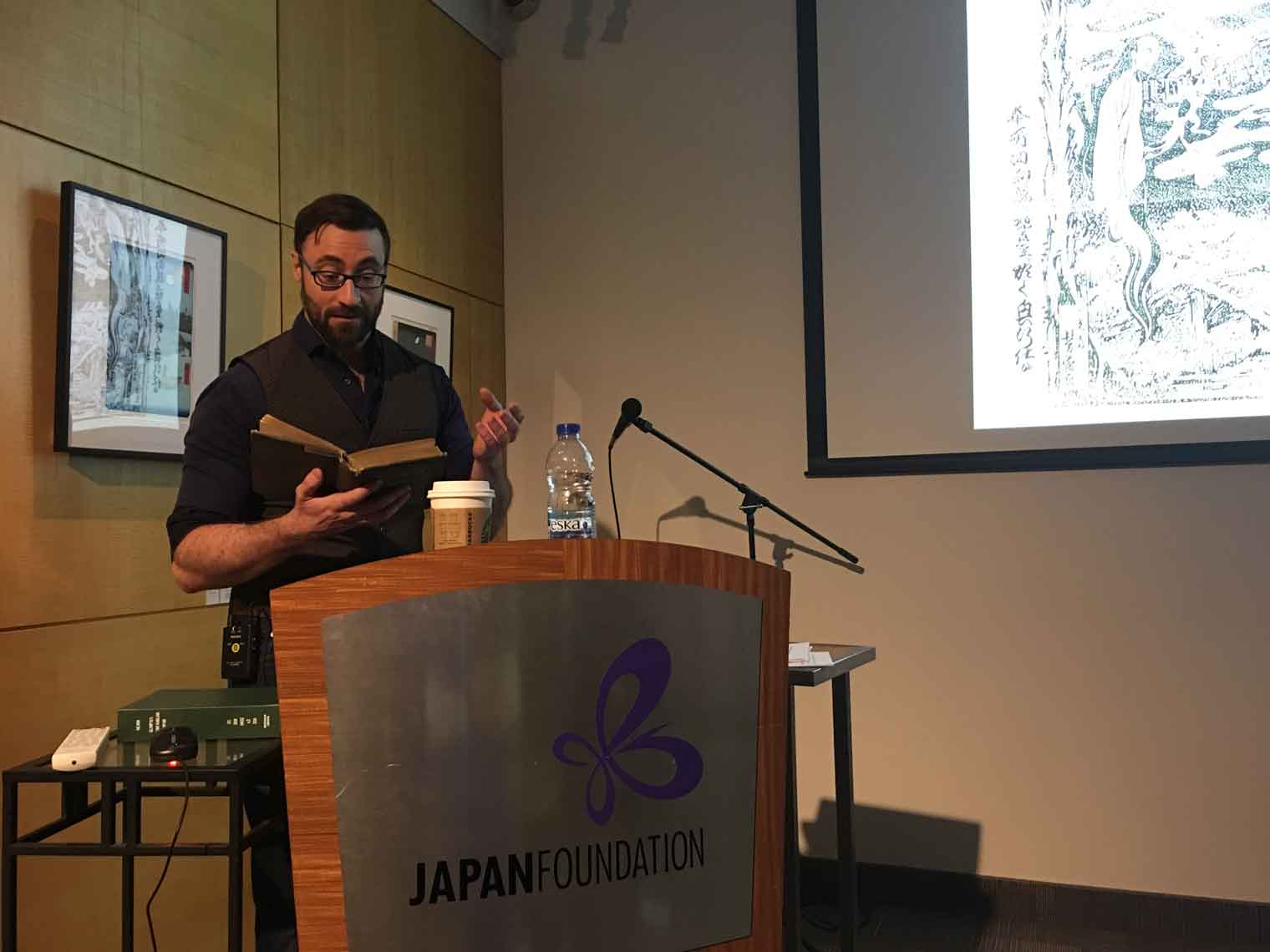 The 1893 Chicago World’s Fair was a global spectacle unlike anything the world had ever seen. To showcase its history and culture at the Fair, Japan sent a myriad of arts, crafts, and other treasures, and talented craftsmen erected a reproduction of a prominent temple in Japan, known as Ho-o-den— Phoenix Hall.

Among these were eight iki ningyo–lifelike mannequins, including an intriguing samurai set piece, which were exhibited not at the main and gained less attention. The Smithsonian purchased these mannequins upon the Fair’s completion and later exhibited them intermittently, at the US National Museum in 1960s. It was, afterwards, taken down after it lost its popularity in 1880s. After being removed from display, these enigmatic mannequins disappeared and were presumed lost for decades.

It was only recent when Dr. Robert Pontsioen received an email regarding the heads of the 19th century dolls and appeared in his lab. The heads were discolored and there are many mysteries that remain—Who made the iki ningyo? What historical scene is depicted in the diorama? Are missing components yet to be found in the collections? Why are they not mentioned in contemporary accounts? Were the 1893 chemical grated resulting in discoloration? And, are there unknown in private or other collections inside or out of japan?

Robert Pontsioen is a researcher in the Asian Cultural History Program at the National Museum of Natural History, Smithsonian Institution. A Japan Foundation Fellowship recipient in 2016- 2017, his research involves extensive fieldwork among artisan communities, and centers on Japanese and other Asian material culture with a focus on traditional arts and crafts, the reproduction of craft skills, and strategies for cultural heritage promotion and preservation. The co-author of four books, his recent publications include “The Alexander Graham Bell Collection of Japanese Masks at the Smithsonian” (Nineteenth Century Art Worldwide, Vol. 17, 2018), in which he describes and interprets seven unique and evocative masks collected in Japan by the famed inventor.