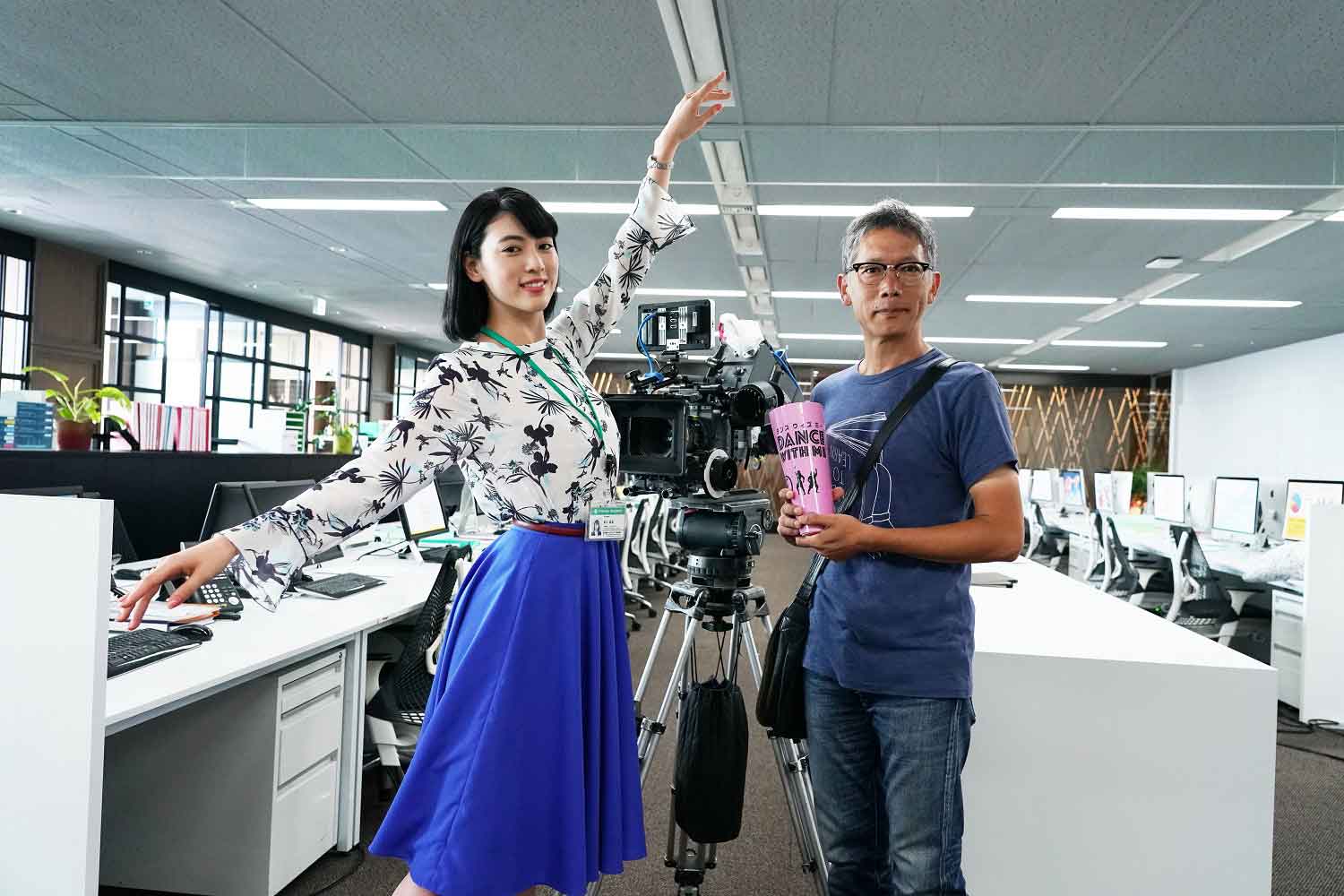 On June 10, Ayaka Miyoshi, the star of “Dance with Me” and Shinobu Yaguchi, the director of popular works such as “Waterboys” and “Swing Girls” will come to Toronto for an on-stage talk. We asked them, just as they get ready to leave for Toronto, about their thoughts regarding the work, which will also be shown for the first time worldwide in Toronto.

You sing and dance throughout the movie, but what are some of the sections that you would like people to pay particular attention to?

The story revolves around Shizuka, whose body suddenly becomes one that sings and dances at the sound of music. I would like everyone to take a look at the range of dances that are incorporated, and the emotional rollercoaster that Shizuka goes on. The cast is quite a remarkable group too, so I want everyone to pay attention to each and every character.

What are some of the things you worked hard on, particularly with regards to developing your character?

Of course, acting is one of them, but I spent time and effort in all the singing and dancing. Initially, I didn’t improve as much as I had wished to, so I would sometimes be frustrated at myself. But seeing the end product, I’m very proud of what I have accomplished. I actually take dance lessons even now, because I want to improve even further!

The film will be shown for the first time worldwide in Toronto, and you will also be part of it at the talk and Q&A session. How are you feeling about the whole experience?

I’m very nervous right now. I’m not the best at English either, so I’m currently working on it in order to be able to communicate with the people there.

What kind of message do you hope to convey through the movie and your acting?

I am happy with whatever people feel by watching the movie. Of course, I want them to feel happy, but if they enjoy it, I ask for nothing more.

Do you have a message for everyone waiting to see the film?

This film is really like a roller coaster, with so much excitement and happiness. We are very excited to deliver it to Toronto, and we hope everyone is just as excited!

Ayaka Miyoshi Profile
Born June 18, 1996 in Saitama. She made her stellar start to her career as a leading model of the renowned magazine, “Seventeen”. Afterwards, she modelled for magazines such as “25ans” and “ELLE upon”, and made appearances in a number of TV shows and films. In this particular film, she showcases her singing and dancing skills, which won her the role. In this challenging role that requires her to act out a range of emotions, she comments, “I was initially very worried whether I would be able fulfill the role, since it required singing and dancing on top of acting. But now, after having acted the role with the support of wonderful people such as the director, Shizuka is a character that is very dear to me.” Her other appearances include “Confessions” (’10), “Leaving on the 15th Spring” (’13), “ONE PIECE FILM GOLD” (’16) and “Inuyashiki” (’18).

This is your first musical comedy, but what are some aspects that you would like the audience to pay attention to?

Many musicals insert songs and dances at points where the protagonist’s emotions rise, or an important turning point in the plot, but with this one, the more music and dance there is, the more confused the protagonist gets. And this confusion is something I want the audience to see and enjoy.

How do you feel about the world premiere?

What are some of your favourite scenes?

I personally love the following: the scene Ayaka starts dancing in the office while trying to resist the music; the scene where chay, a singer who makes her debut as an actress in this film, sings at the party; and the opening scene where Akira Takarada, the renowned actor, sings and dances for the first time in 55 years.

Do you have a message for the audience in Canada?

I hope everyone in Canada enjoys this peculiar, yet hilarious musical!

Director Shinobu Yaguchi Profile
Born May 30, 1967 in Kanagawa. He began filming 8mm films after entering Tokyo Zokei University, and earned the Grand Prix at PIA Film Festival in 1990 with his feature film, “Ame-Onna (Rain Woman)”. In 1993, he makes his stellar debut as a cinematic film director with “Down the Drain”. With his crafty storytelling and witty humour, his “Yaguchi world” has garnered much attention throughout his career. “Dance with Me” is his 10th feature film. Now, he is one of the leading directors in Japanese cinema. 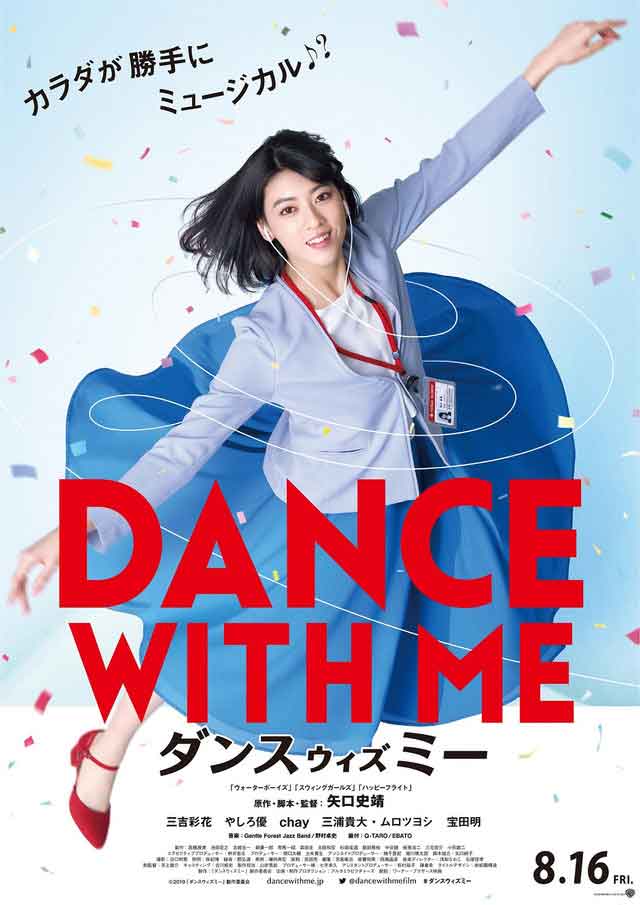 Story
Shizuka, who despises musicals ever since she was small, suddenly has a body that starts dancing at the sound of music. Reacting and dancing to the sounds of smartphones and other sounds that fill the streets, Shizuka’s life goes out of hand. With the help of the researcher, Watanabe, she ventures out to find what is going on, only to find peculiar people and unexpected turns and twists along the road! Will Shizuka be able to regain her normal body again!?

Tickets are now on sale!
Visit JCCC for tickets and more information!