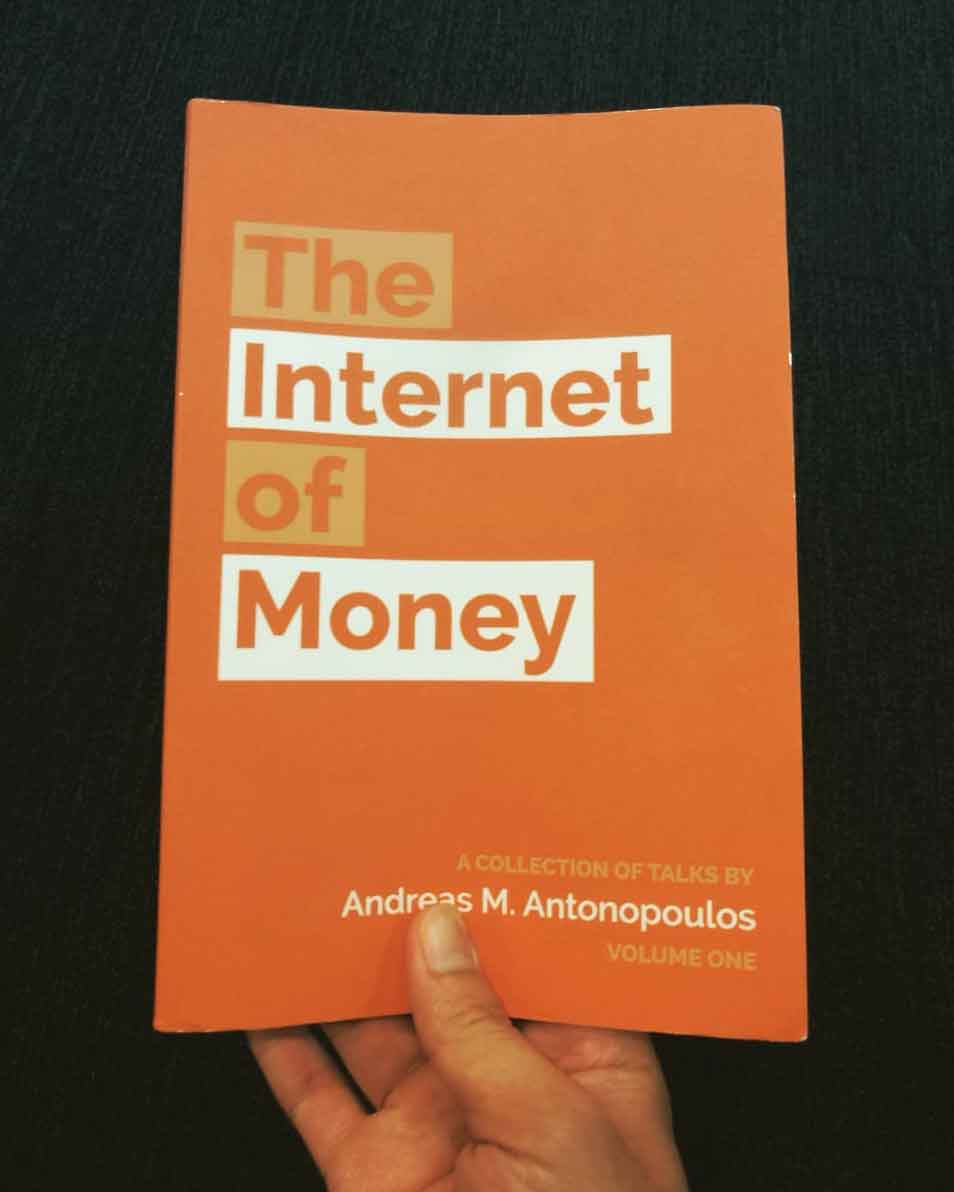 The first book for amateurs on Bitcoin by Andreas Antonopoulos, the educator of Bitcoin. (I have read the second volume and have the book review up already.)

The second volume is much more interesting, and he goes deeper into different visions for Bitcoin. This volume is more basic.

A comparison for Bitcoin using computer science terminology: while Bitcoin is in the form of a decentralized, mathematical, peer-to-peer architecture, older financial models resemble a client-server, master-slave architecture. The terms Master and Slave here are interesting, can provide a bridge for thinking about Bitcoin through a Nietzschean lens: the Master controls the rules, the grammar, the values while the slave can only follow; with Bitcoin’s decentralized network, anyone on the network can innovate and transform the structure/rules/values.

Antonopoulos introduces the distinction between privacy and secrecy, and the term sousveillance. The global financial system is a system of surveillance, or a system where the powerful can look down from above. There is no privacy for those under surveillance, while the powerful have the privilege of secrecy, or the ability to escape accountability. Bitcoin gives the masses privacy and introduces transparency into the system–this is a system of sousveillance (to look from below) that allows the masses to keep those in power responsible.

Bitcoin provides the context for “the festival of the commons” because it is an open source network that allows anyone to contribute innovations that add to its functionality. These innovations are not depletable–they add value to everyone on the network. This is in comparison to other resources that lead to the “tragedy of the commons.”

Everyone will be able to create a currency, and currencies will be an expression of a community. Antonopoulos thinks that there might be an “index currency” as a result. This index currency, in his words will be “a currency that is not in itself tradable, that has no intrinsic use as a transactional commodity, but instead is only used to express the purchasing power vis-a-vis the various coins in our wallets” (p. 72). This is similar to the S&P 500 index fund, for example, with all these micro-communities, he thinks that it might be currency that creates sovereignty, instead of our system of nation-states where sovereignty creates currency.

Bitcoin currently suffers from bad design metaphors. A bitcoin wallet is not a wallet, it is a keychain. A bitcoin is not a coin, it is an output. Miners don’t mine coins, they create ledger entries. This problem is due to the fact that Bitcoin represents a radical break from previous financial systems.