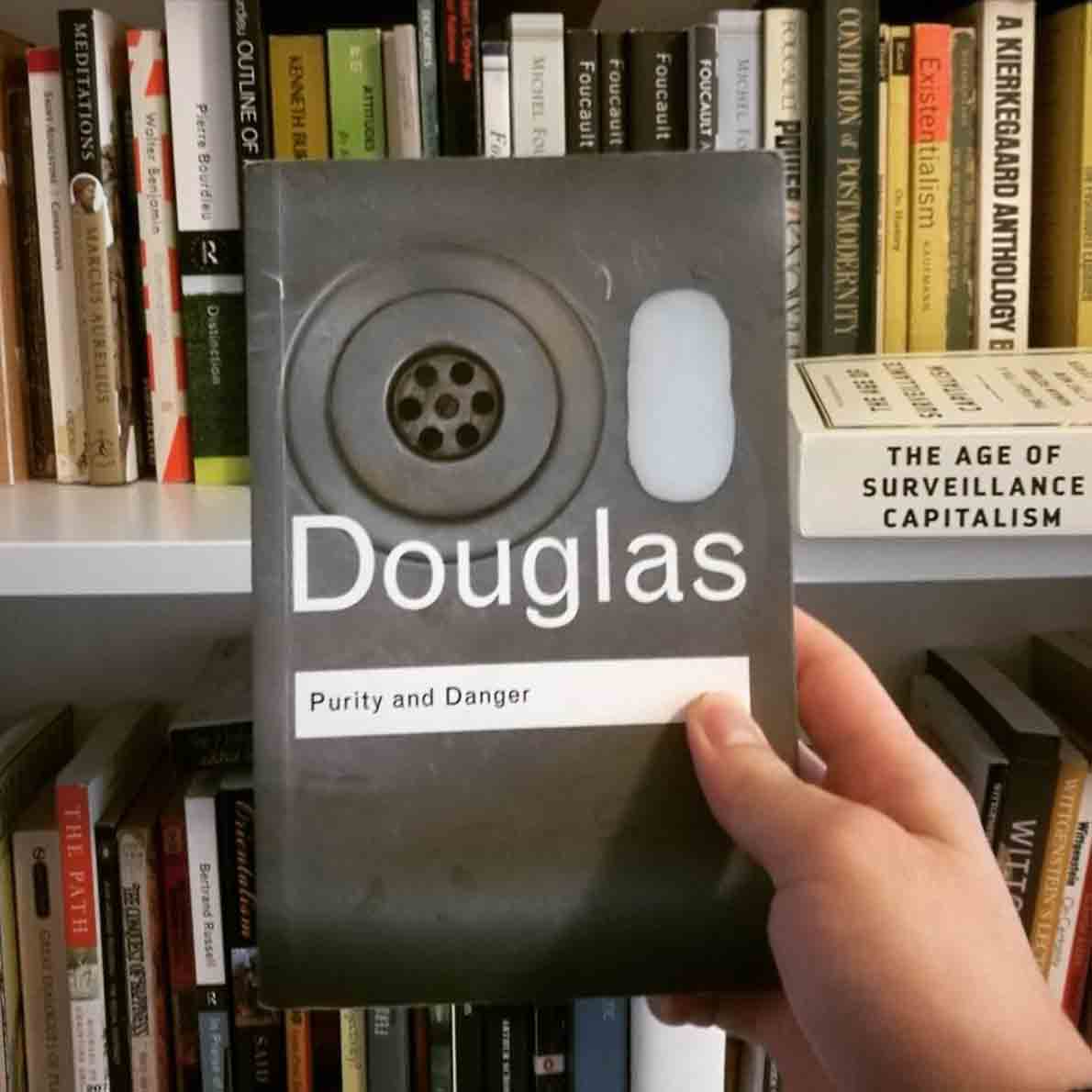 This book by celebrated anthropologist Mary Douglas tackles one of the questions that I have a personal interest in: contagion and purity and danger. Lots of fertile ideas for understanding Korean ethno-nationalism, although its ideas have wider applicability. This is a book that is good to read and good to think with.

Douglas is most engaged with scholars in the anthropology of religion. In the first section of the book, Douglas goes back to Henry Taylor, Robertson Smith, Durkheim (and others)–all of whom I am not particularly acquainted with–to extricate some fertile concepts from their previous associations. We are in the presence of a true scholar.

”From this point onwards the anthropologists have been saddled with an intractable problem… an emotional and prejudiced approach to ritual has led anthropology down one of its barrenest perspectives – a narrow preoccupation with belief in the efficacy of rites” (p. 23).

After an overdue clean-up of the theories of the past, Douglas ready to move onto her topics of interest. Dirt, as her famous definition goes, is “matter out of place.” It is not an isolated event; “where there is dirt there is system” (p. 44). Dirt (and pollution and contagion and taboo) happens at the interstices, the in-between spaces of cultural categories in symbolic systems.

While these in-between spaces are polluting, they are also a source of danger and power. As Douglas writes, “order implies restriction; from all possible materials, a limited selection has been made… disorder by implication is unlimited, no pattern has been realized in it, but its potential for patterning is indefinite… We recognize that it is destructive to existing patterns; also that it has potentiality. It symbolizes both danger and power” (p. 117). An example from contemporary society are criminals: these are individuals who have slipped through the legal and formal structures of society. Now classified abnormal, they are marked polluted and dangerous.

With this example, we can see that the symbolic system and the moral system intersect, although they do not match up completely. These operate in different ways. While moral systems are ambiguous, the symbolic system of pollution are clear cut. Pollution and the potential of subsequent danger operate to deter potential infractions. However, polluting behavior is not necessarily morally reprehensible, although it may lead to moral judgements.

However, the symbolic system is not only conservative and self-replicating. Dirt–the dangerous interstitial matter–is not only destructive; it can also be made sacred and creative through ritual, its potential power mastered to renew the system. And through the ritual frame, dirt is made known.

Douglas’ analysis of the dietary rules of the abominations of Leviticus are an interesting application; however, in the new Introduction to the book she admits faults in her analysis.

Douglas is not afraid of the term “primitive.” As she writes, “I suspect that our professional delicacy in avoiding the term ‘primitive’ is the product of secret convictions of sueriority” (p. 93). For Douglas, the difference between primitive and modern is differentiation. Economic differentiation leads to differentiation in thought, and modern thought patterns is differentiated because it has freed “itself from the shackles of its own subjective conditions” (p. 98). So primitive throught constructs environments where self and other are not so rigidly separated and the human subject interacts with agential natural beings–this reminded me of post-humanist ethnographic works.