Shaw-Han Liem, also known as I Am Robot and Proud, is an electronic musician born in Toronto. From a young age, he studied piano at the Royal Conservatory and eventually switched gears to electronic music. His music, made with a combination of craftsmanship and sound software, is easy to listen while incorporating contemporary sounds and rhythms. In recent years, he also wrote music for a Playstation game named “Sound Shapes”. With the release of his album in 2015, I Am Robot and Proud also toured around Japan and collaborated with a number of Japanese artists. With his innovative creations, he is gathering attention both in Japan and across the globe.

Music is not a career, but a place of self-expression.

ーWhen and how did you begin to pursue music?

I started playing music as a teenager, when I formed bands with my friends. After that, I was working as a computer programmer for 15 years and I continued making music at nights and on weekends. I also had experience studying piano at the Royal Conservatory, and it was really a natural progression from there. A computer is like a piano that can sound like a million different things. It can even play musical phrases that are too fast or complex for human hands. Eventually I was lucky enough to pursue music as a career, but it wasn’t a conscious decision—it was more like an evolution. Honestly, I never really thought of music as a career, but as a place of self-expression instead.

ーYou create music and express yourself under the name of “I Am Robot and Proud”. What is the reason you chose that name?

The name is inspired by “Astro Boy”, a famous manga by Osamu Tezuka. I liked the sound of the phrase. At the same time, it hints at something that is technological and human at the same time. That’s where the boy exists—in between technology and man, and I think that’s where I stand, too.

ーWhat are some experiences or knowledge from your studies in classical piano that you have applied to your electronic music compositions?

The beauty of electronic music lies in the ability to create sounds nobody has heard before.

ーI see. Classical music is sure an essential foundation of music! Now, in your point of view, what are some of the charms of electronic music?

The main advantage of electronic music is that you are able to create both the instrument and the composition. So, imagine if a guitar player says, “I wish this guitar had 40 more strings, and 10 of them sounded like a tuba”. Imagine how crazy the music could sound! But you can’t create that with an actual guitar. Electronic music makes this possible. You can build your own instrument and program the software to behave however you like. The possibilities are endless. This is when electronic music is the most exciting to me: when people are focusing on building new machines and programs, finding new sounds that no one has heard before.

ーHaving toured around Japan a few times, what is your impression of the country?

The first time I toured in Japan was 2006, after playing all over North America and Europe. I would guess that if you ask any touring musician where their favourite place to perform is, Japan will be near the top of the list. The audience is both enthusiastic and friendly every place I went, and it’s always a great experience meeting people in different cities (and trying the food there!).

One huge difference I observed between Canada and Japan is that concerts in Japan end much earlier than they do in Canada. In North America, it’s not rare for the show to start after midnight and by end at 1AM or even later. In Japan, everything starts and ends earlier, and it’s great! Musicians need to sleep too.

ーOf the many Japanese artists you have collaborated with, who was the most memorable one and why?

I’ve worked on so many interesting projects over the years. In fact, just recently I released a collaboration with Oorutaichi, who is an amazing electronic musician and singer-songwriter from Kansai.

I would say one of the most memorable musicians I collaborated with is Daito Manabe. He has worked with many popular musicians including Perfume and Nosaj Thing. We held an event in Tokyo where I played an improvised set of music while people were connected to his “face visualizer”. Basically, what happens is that every key I press on the keyboard sends a tiny electric shock to someone’s facial muscles, causing different chords to create different facial expressions. It was very weird and cool at the same time, and something I would never be able to experience anywhere else. 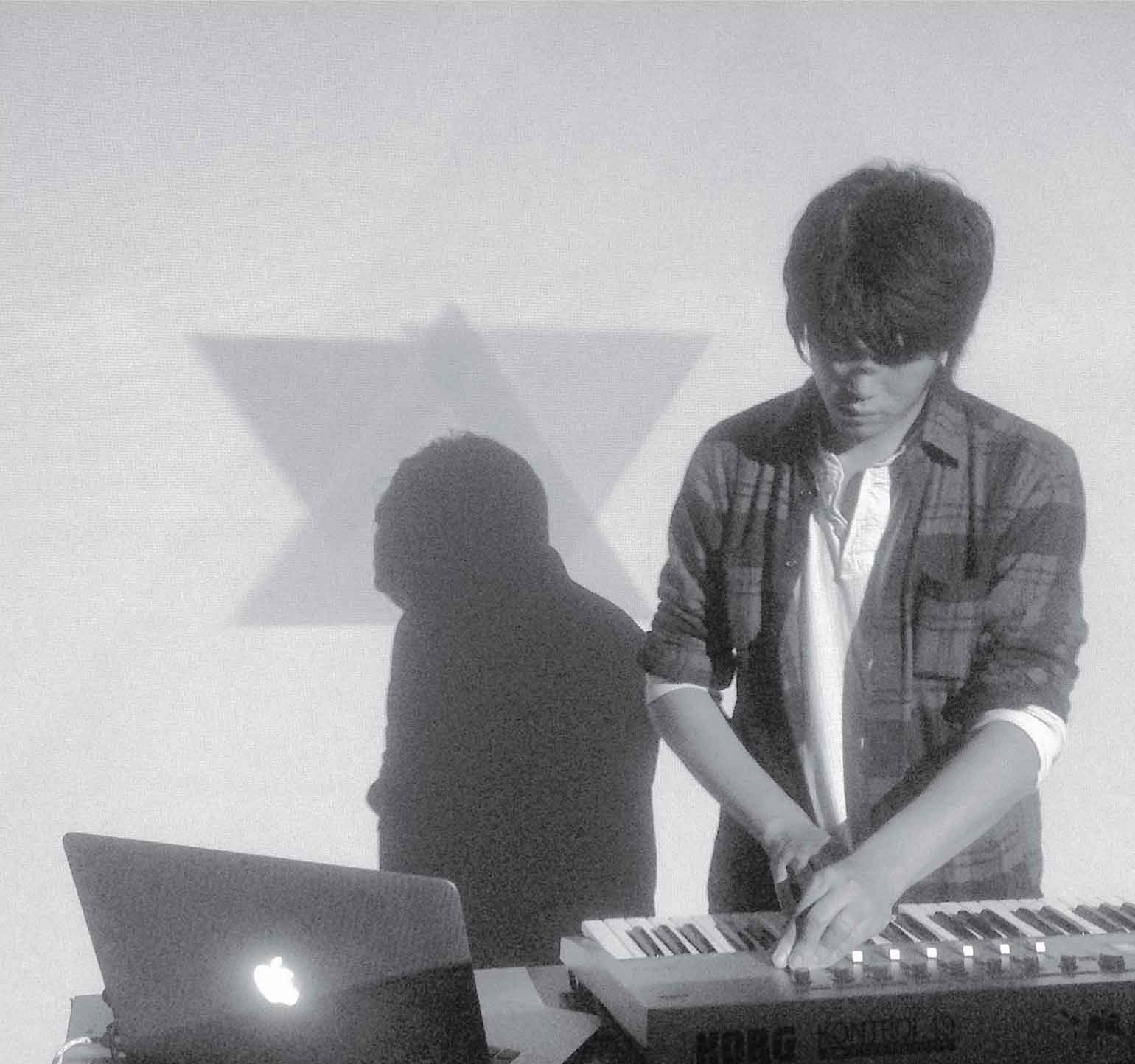 I think music is one of the languages used by humans to communicate things that we don’t have words for.