The young Cantonese director, CHEN Zhilin “Chilam”’s debut feature-length film captures an unspoken sense of vulnerability of Cantonese youths experience, returning to their hometowns for a break from studying abroad. The familiar homes they return to are changing—becoming more than what they remember from their last visit. Though the space is changing, moving forward, the people in those places seem trapped—stuck—living the same lives they were before.

“Cheng (Andy CHOI), who goes to college in Boston, returns to the muggy Guangzhou on his final summer break. To his dismay, his maternal grandfather has died but no one in the family, including his mother (Crystal LEE), is willing to talk about it or their feelings. His elder sister Yam (Isabelle CHAN), locks herself every day in her room and smokes. His father (James AU) is always busy on the phone to take bets from sports gamblers. The family of four will soon move to a new place, but a shadow of estrangement looms above them. Getting drenched in sweat, sometimes by rain, Cheng discovers a melancholy reality, both old and new, in a city he calls home.
The Little Shrimp is Chilam’s debut feature, completed as a requirement for his MFA degree earned at Emerson College. “Little Shrimp” (haa-zai), as he explained, is a name for the nameless whose identities are defined by their family and social roles”
—Mulan International Film Festival, 2019

Chen is putting an emphasis on the individual’s story in a changing society. Though buildings are being erected and lights ignite the night sky, characters seem lost, unable to catch up with the developments of their homes.

There is great potential in this young director who pays attention to the subtle, unchanging elements of a spaces that evolves. 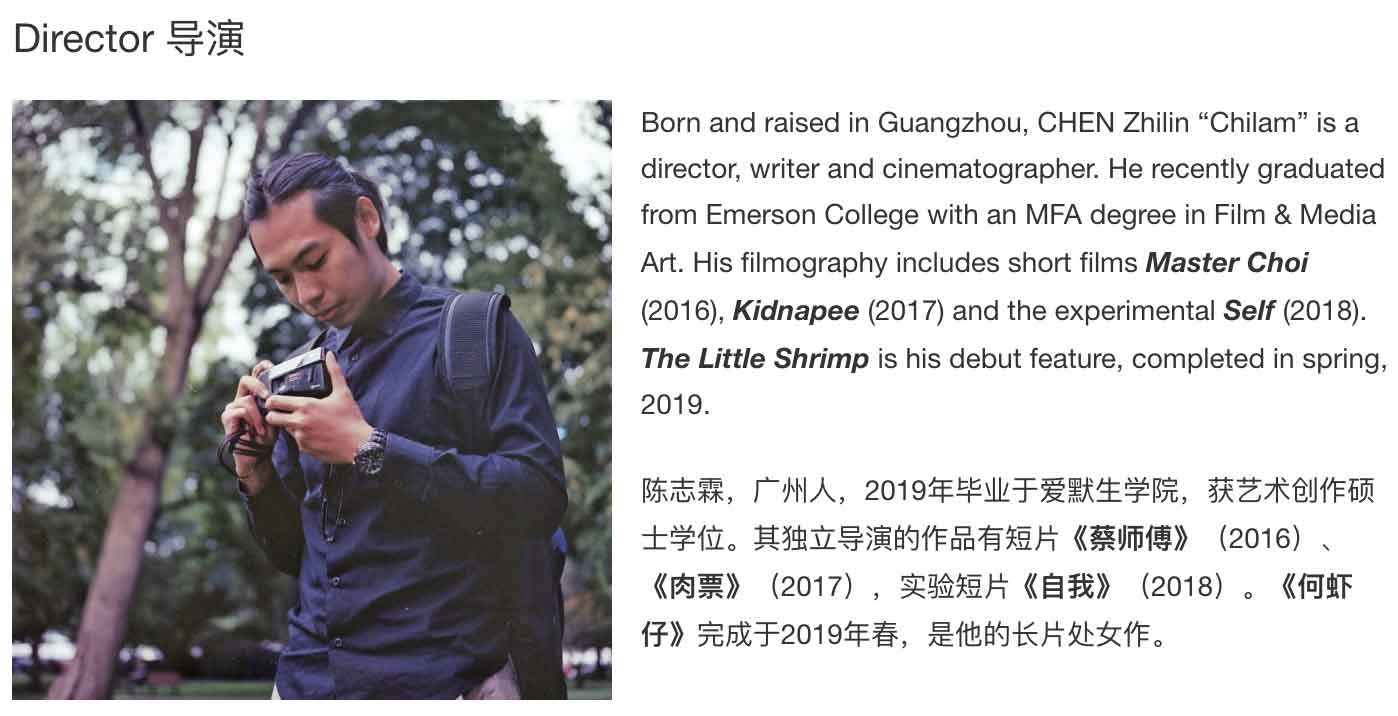