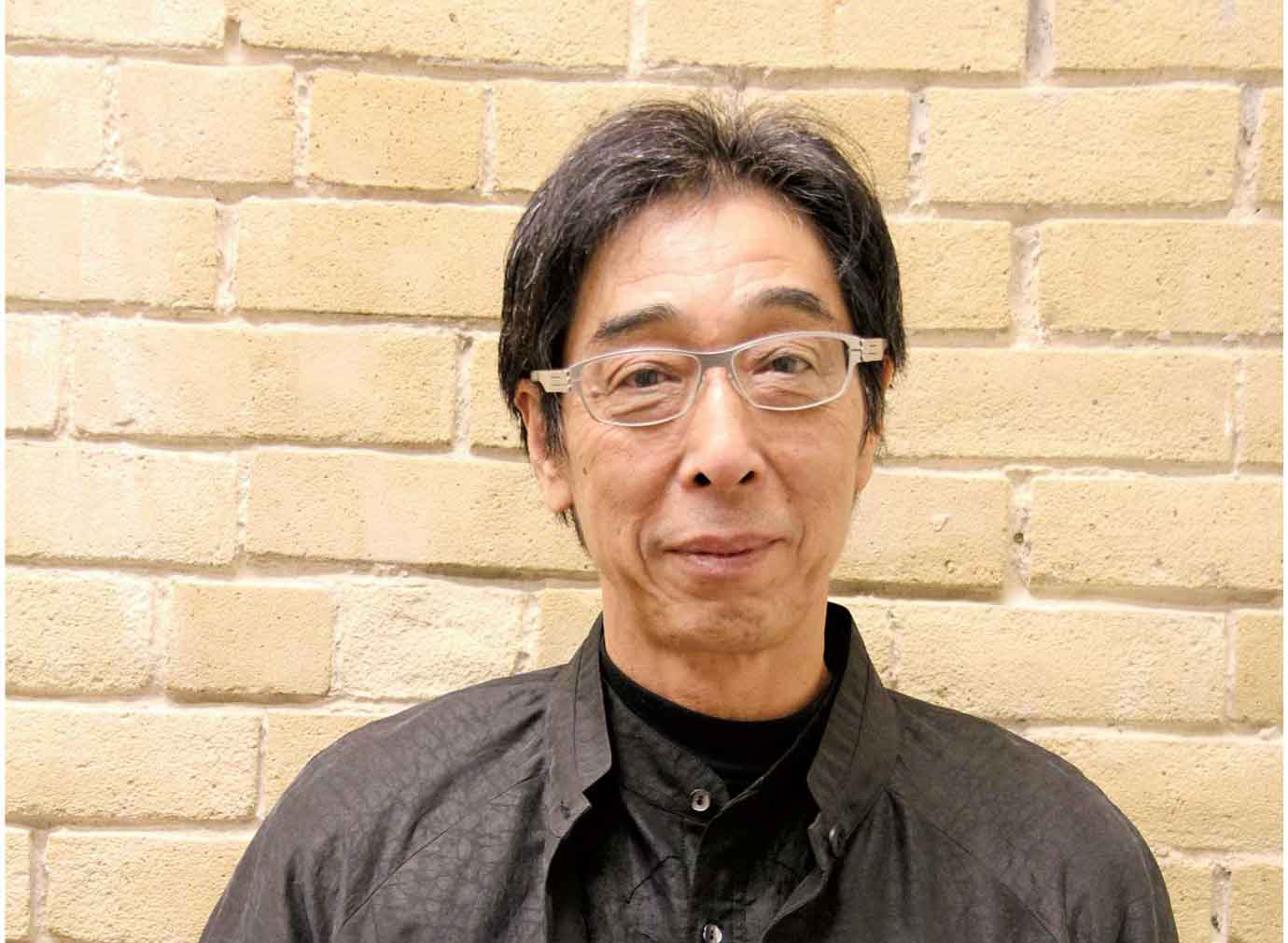 Established in 1980, MUJI’s high-quality products, its “no-brand” quality and minimal aesthetic quickly became a global success. Ever since its opening, the largest store outside of Asia—MUJI Toronto—at 595 Dundas—spanning around 20,000 square feet of retail space spread over two floors—has been more than a little popular amongst Torontonians.

On November 24th, a symposium entitled, “The Philosophy and Design of MUJI” hosted by MUJI and Zenergy Communications was held at Toronto’s Convocation Hall, to mark the opening of Toronto’s MUJI Atrium flagship store. For the first time in Eastern Canada, Masaaki Kanai, Chairman of Ryohin Keikaku, discussed MUJI’s global strategy, philosophy, and design at the “one-time event”. The presentation looked at the evolution of MUJI’s strategy from when it was founded in 1980 to today and explored how the brands are heading toward the future while maintaining its ideology as an antithesis to mass consumerism all the while being considerate of environmental issues. We sat down with Mr. Masaaki Kanai, President of Ryohin Keikaku, as well as the manufacturer and retailer of MUJIfor a conversation.

It has been four years since your last visit. What’s your impression of Toronto as a city, and the MUJI store?

My impression hasn’t changed much. I visited the renewed Atrium flagship store last night. The moon was full, and when I came to the central part of the city, I felt that the skyscrapers were more densely built, in comparison to the ones Tokyo. The lights and buildings of Toronto left in me the biggest impression.

Comparing to markets in Japan and China, as well as other Asian countries, I believe that it would be the right fit to expand the number of retail stores in Canada.

To MUJI, what kind of a position does Canada hold and how do you plan on developing MUJI here?

If try to look at the entire North America as a whole, instead of separating it to east and west coast. With a perspective like this, we are trying to come up with logistics strategy, and also how to move people around, to establish our brand on both sides–to think of both sides of North America as one.

The first flagship store opened in Toronto four years ago. Back then, we aimed to open a small store. However, we think there is still room for improvements, and we are working to make those improvements. In Japan, before the stores expand, we start with only having forty items, and we tried to stick to the same methods abroad as well. But now, we think that might have been a mistake because of the speed the brand is growing and how much recognition it is gaining and has gained. Now, we’ve decided to create large stores in Western counties so that customers understand the brand’s concept. We have changed our approach towards opening stores quite a lot over the years.

Our goal is to build large MUJI stores around the world and train our staffs at the places they are built. In Japanese, we call it “dochakuka” (indigenize), and what we want to do is for our staff to be involved with local creators and many others, while creating products and coming up with new ideas that help the local community. That approach might take the form of residences, hotels, restaurants, or retirement homes, and these could be linked to many other things. That’s what we think. 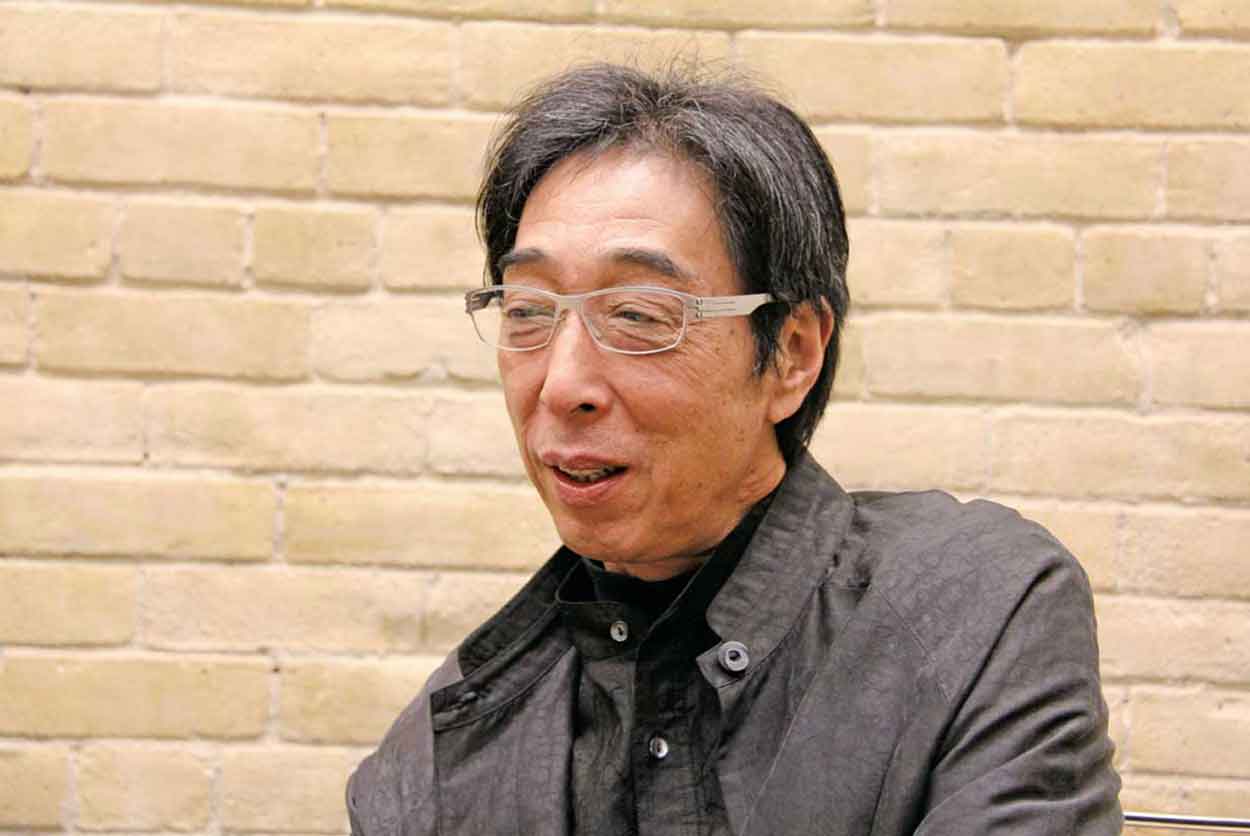 MUJI has revealed designs for a free shuttle bus built for all weather conditions that will hit the roads in Finnish cities by 2020. You have also worked on MUJI hotels, designing facilities and many other projects, and I get an impression that MUJI will be able to create a “smart city” someday in the future.

We don’t have a grand plan like that, absolutely not. We are initially from the Saison Group, and due to our past experiences, we are skeptical of diversified system management.

What we aim for is “Value=Quality x Price”, but we add “purposes” to that equation. Why does this product need to be built with this material? Why stop at this point in the processes? Why this packaging? Our “purposes” derive from MUJI’s philosophy, which is very important to us. 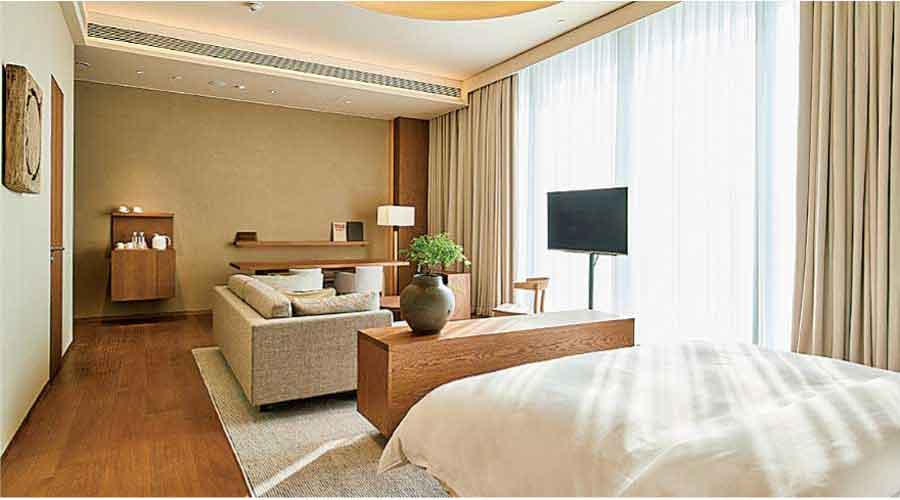 For example, we do not make towels in many colours. But could we possibly convey our philosophy to customers through a simple white towel? That is a challenge. To put it simply; we can’t. That is why our philosophy is in the core of our other projects. What’s also important is to challenge ourselves and work on issues, to help those who are struggling. It is extremely important to challenge ourselves to work on complex projects.

In Japan, there is a leader in the head office who thinks of the strategies and plans, and there are sales assistants at branch offices. Traditionally, in Japan, there is a mindset for assistants and management offices to “work together”.
People at the branch offices and stores are not “salespeople” but individuals who are concerned and think about local communities and lives. In that sense, those who work at our stores are architects and designers. With this thought, we want our staffs and creators in different regions to work together and work on social and local issues. Which, not only empowers the stores, but is good for the growth of individuals. 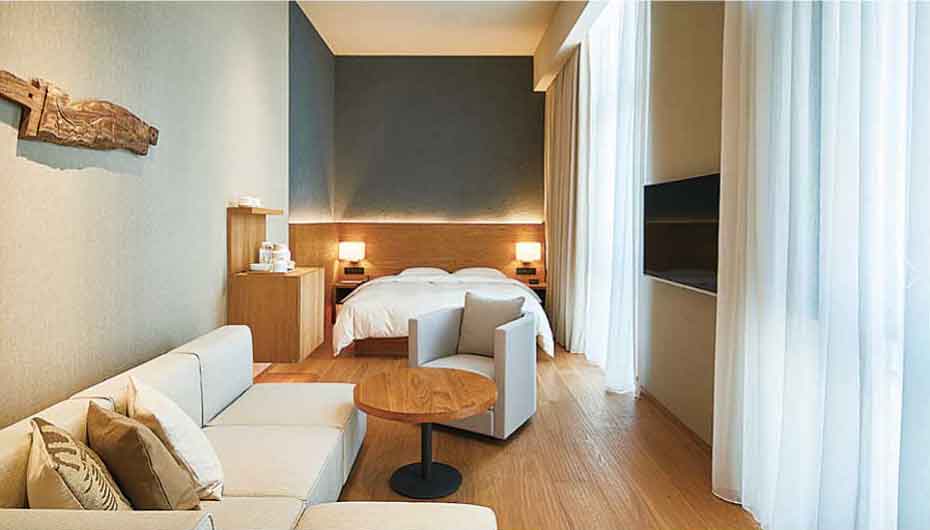 MUJI Hotels were on news headlines, but I assume the idea came from that ideology?

We don’t manage, develop or operate the hotels. However, our idea of “how hotels can be”, links again to the “purpose” of MUJI as a brand. Hotels today are polarized to luxurious ones where rich people stay, and cheap hotels where the working person stays. I have not yet encountered “choudo ii(just right)” hotels, and I have a sense of incongruity towards a society that does. Why the hotels are bipolarized is the fundamental premise of how a capitalist society functions, it is impractical. If we consider the idea of a hotel, logically, it is easy to conclude that there is no need for rooms to be so big. We know that we prefer to stay at hotels that are inexpensive, clean and “just right”. Through our realization of creating “just right” hotels, we believe that we can convey to the world what MUJI is trying to do.

We are living in the digital era, and operations are being increasingly reduced. How do you envision MUJI’s future in a time like this?

Humans, to me, are not too far away from animals. Comfort and convenience is the priority. In the digital age, in capitalist society, we also prioritize these two things. Let us consider the Amazon speakers that are being sold in China on tensent and Ali Baba for low prices. Amazon’s business model aims to gain high shares, diffuse cheap products and profit within the high percentage. However, I hold the sense of unease when people, especially those of the younger generations, order speakers that can “open curtains” or to “play music” through voice control. However, that is not to say that I am against such technology. I have no problems with old people, people with disabilities, have to be on wheelchairs, wondering how the weather is in the morning and commanding their speakers to “open the curtains”. To consider those who need the product in order to live comfortably is the kind of sensibility that MUJI has, to care for those who actually need technology to be comfortable. Unfortunately, such sensibilities matter very little in the capitalist market.

How do you feel about the world is increasingly divided, politically and socially?

The reason why MUJI holds the vision of “this is enough” instead of “this is what I want”, is because humans who seek more are the kinds who cause conflicts, and we think a society like that would collapse one day.

North America and Europe are continents where people of diverse religions and ethnicities coexist. On the other hand, Japan is a homogeneous island country and everyone has contributed to rice growing. Even drawing water to the rice field requires many people’s contribution, something that one cannot alone or for one self. Harmony within the village is valued more than one’s own principles. Even if you want to speak up, it is hard, as you know that if you do, the teamwork of the villagers would collapse. Having lived in such environments, the Japanese came up with vocabularies such as “okagesamade”, “otagaisama” and “gokurousama”, which do not exist in English language. Japan, with such cultural background possess the “this is good enough” [for myself] values, which can be spread around the world, and that is how the value that MUJI holds.

As you may know, in the time of our parents and grandparents, people longed for the era with an abundance of valuable material possessions or resources. Currently, we live in the materialistically rich time and it is hard to be satisfied.

I think that people of the young generations in England who were against Brexit, and people who support Barney Sanders in the States, are the supporters of MUJI. What they seek is to be useful to society and people. It collides with our belief. Being a good use for people and being appreciated and feeling happy is what matters, and the time has changed since the older times.

Why we care about “being a good use” for society and hold that as our main strategy, is because that empowers our employees, and also brings happiness to them. We call this our “big strategy”, and believe that what many people want today, might be similar to that.

Speaking of social issues, there is an excessive concentration of wealth, and the gap between the rich and the poor is increasing. 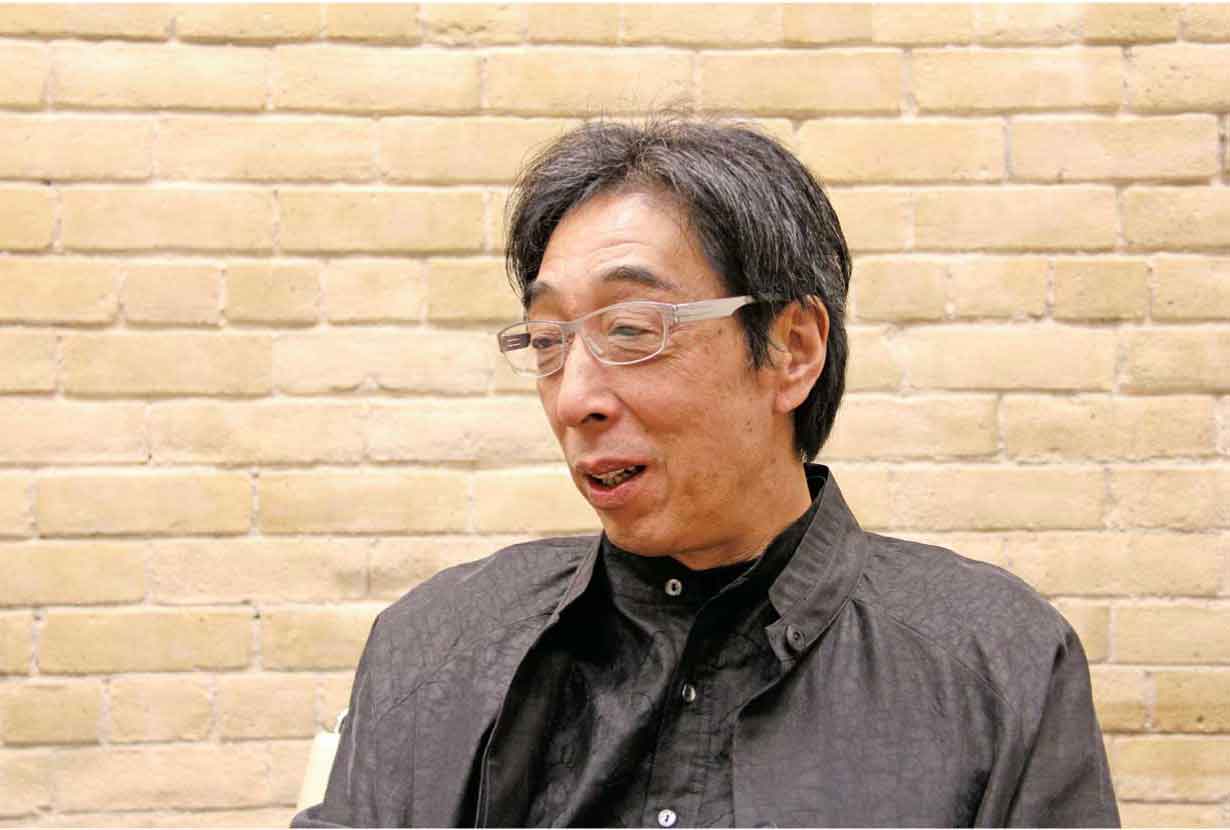 That is the first thing politicians need to work on. Due to bipolarization, there are extreme both factions who hold different ideologies in the States. Speaking of MUJI’s automated bus project in Finland, I personally think that Scandinavian societies are examples of how democracy and capitalism can become more mature.

When I visit Finland, I get an impression that the small government gained a lot of support and trust from its citizens. Most of politicians, citizens and corporations stress emphasis on “design”, and by that they do not mean surface ornaments, shape or colors, but narratives and logics. That is something we need to learn.

Could you share episodes of when you were young, and receive a message from you to Japanese people in Canada, who are chasing their dreams?

I feel that I never had a youth. I suddenly turned into a senior. I cannot say anything big, but one thing I can say is do what you want to do. we all die in the end. That is what I think.