Some ramen restaurants offer ramen specials as their seasonal specials, and those ramen specials were slightly different than what you get on a daily basis. For the month of February, there were two monthly ramen special going on so far in Toronto. Are you curious to know about what it is?

Ramen establishment operated in Toronto since winter 2012 on Gerrard Street, and they had relocated to a new location at Yonge & Wellesey area around 2017.

“Raijin” (雷神) resembles the god of thunder in Japanese. You can see their “Raijin” statue near by the entrance. According to the restaurant, the decorative wooden beams on the ceiling are designed to evoke the feeling of a thunderstorm with the wood representing clouds, and the lights representing lightning.

For the year of 2019, Ramen Raijin had announced that they will be challenging themselves to release a new ramen dish every month. After their Duck cha-shu & mushroom tsukemen in January, they are offering the following for the month of February. 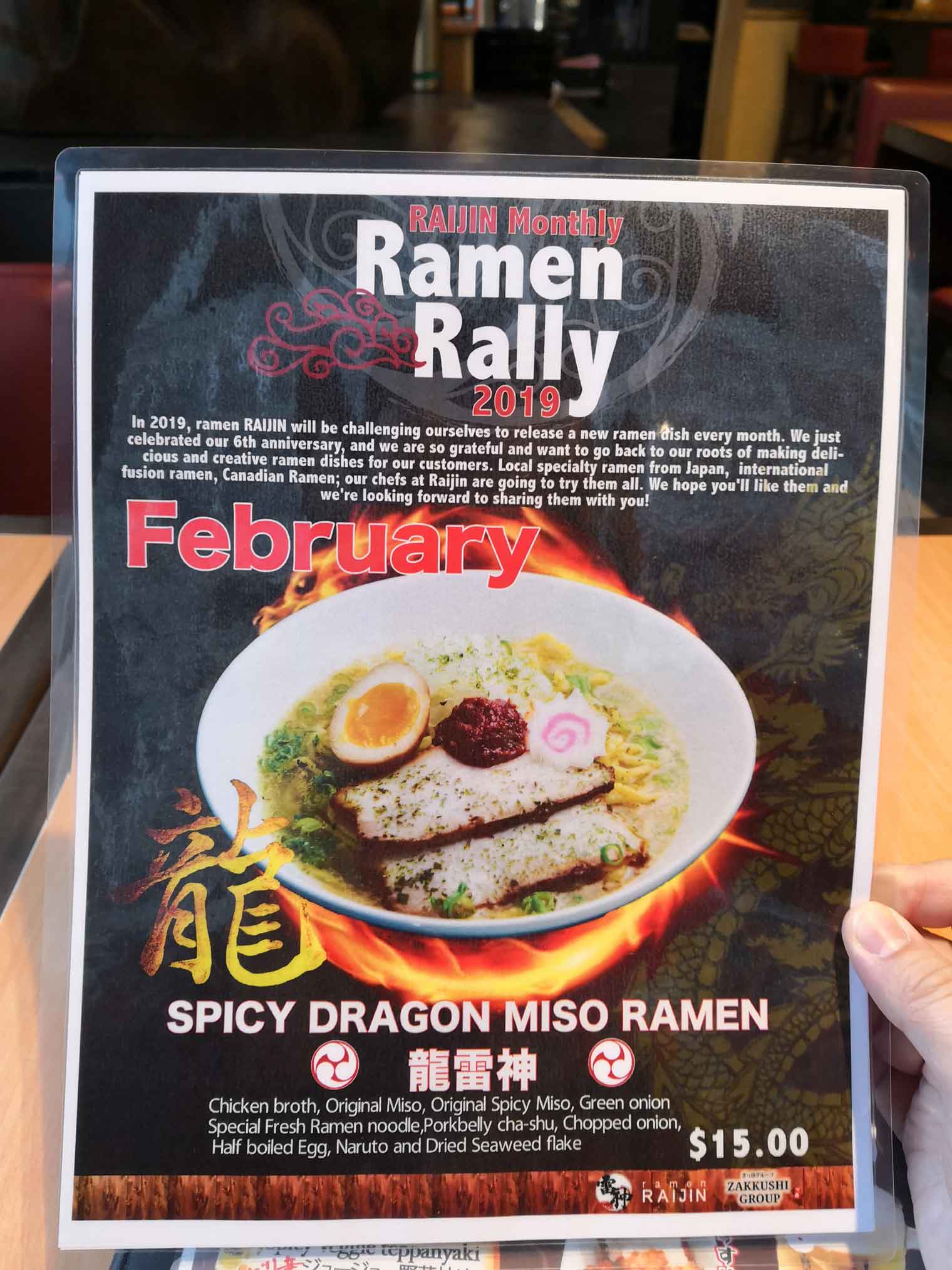 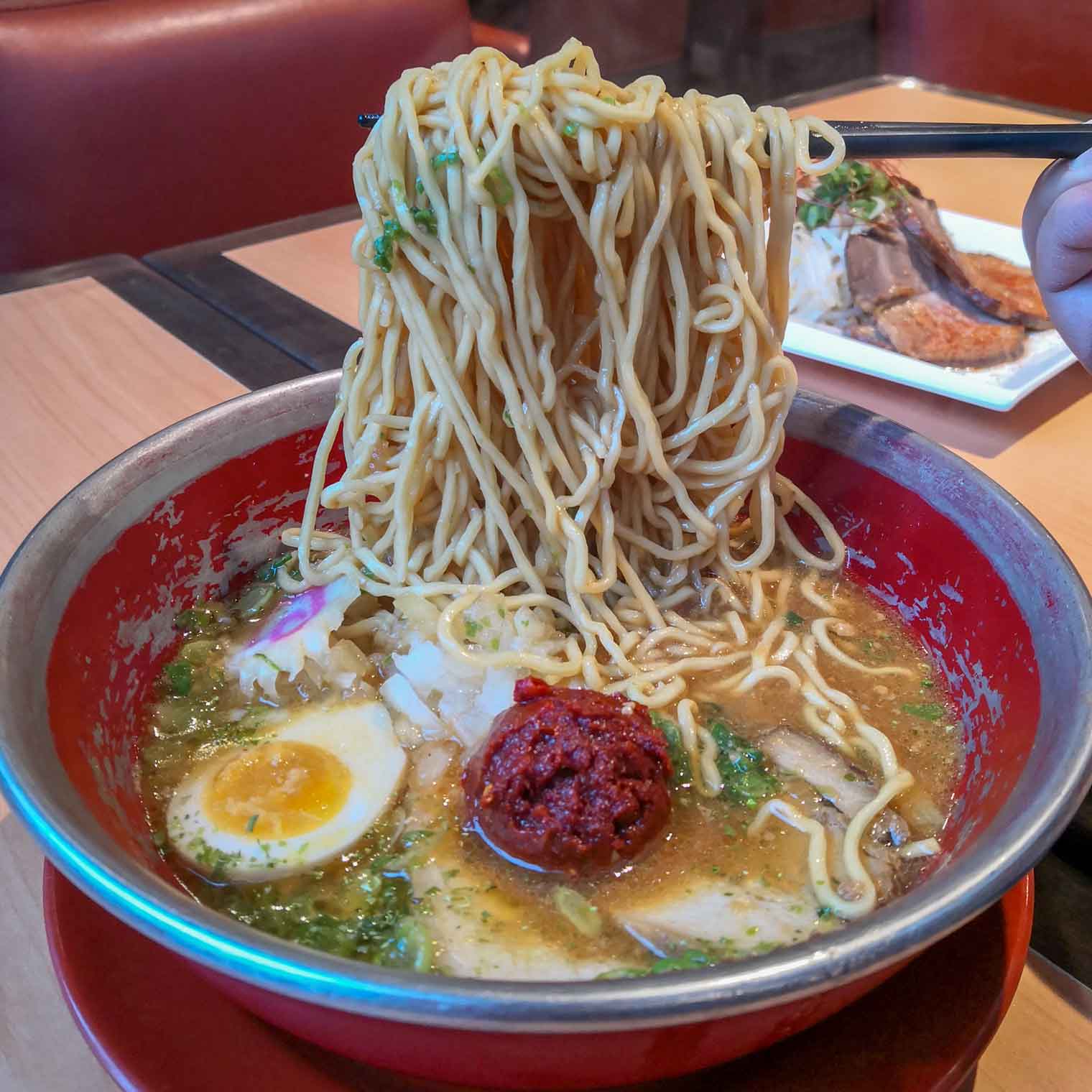 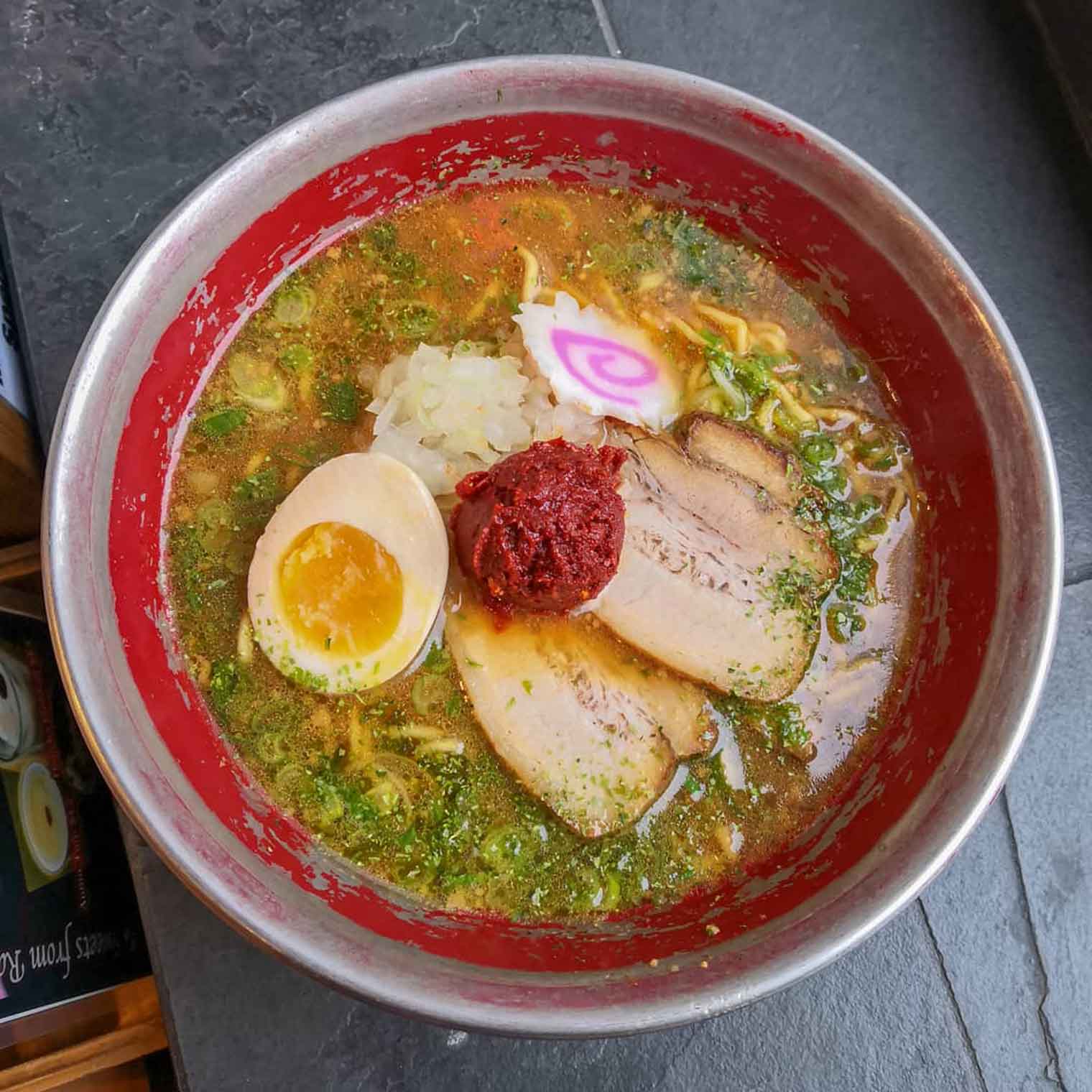 There were two tasting element with this ramen. First, I would taste these noodles and soup without mixing their spicy miso paste in the middle. Then, their spicy miso will dissolve slowly into the soup during the process. Noodles will gradually increase their spiciness as you enjoy till the very end. The blend of the miso, rich chicken and & seaweed powder creates a unique element on their ramen. If you like spicy miso ramen, I would recommend to give this a try. 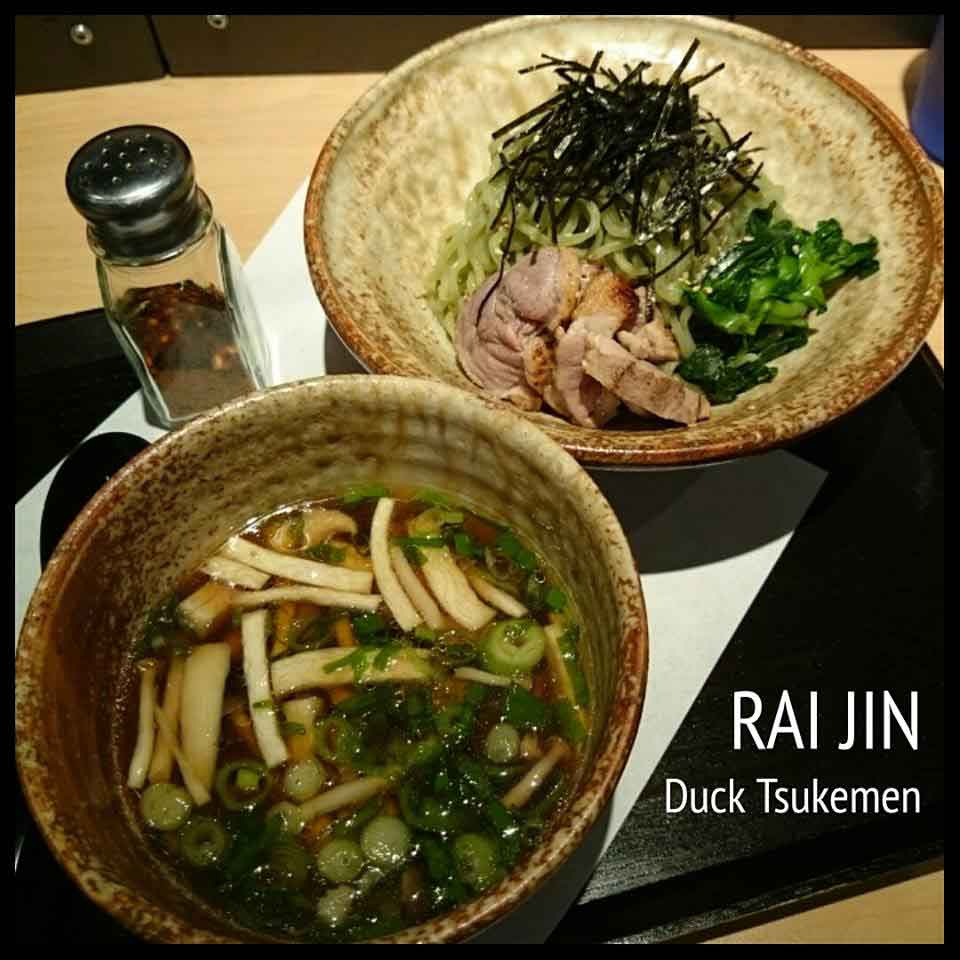 Comparing with other ramen specials in the past, this ramen had reminded me of the location specials at Kinton Ramen North York around 2016, 2018 & 2019. Their Neo shin-shin ramen (真辛らーめん) had a similar concept with incorporating spicy paste on top of their ramen. However, shin-shin ramen were consisted of a shio pork broth instead of miso chicken broth in Spicy Dragon miso ramen. Both Ramen were spicy at the very end. However, flavours were very different between one and other. Depending on your preference, you can try both ramen at Raijin & Kinton, and determine which you would like the most.

Kinton Ramen established their operation in Toronto during fall 2012 from one location to many locations in Ontario, Quebec, USA, Korea, & Japan.

I believed 2012 is time when ramen were starting to become popular in Toronto. Lots of other ramen brands had begun their operation after 2012, and ramen shop had become more and more popular for customers in Toronto. Perhaps, that’s the time when I started my ramen journey.

Kinton offers monthly ramen specials for all Kinton store locations, and different seasonal specials for each individual location. For the month of February, here’s what they had offered on their special menu. 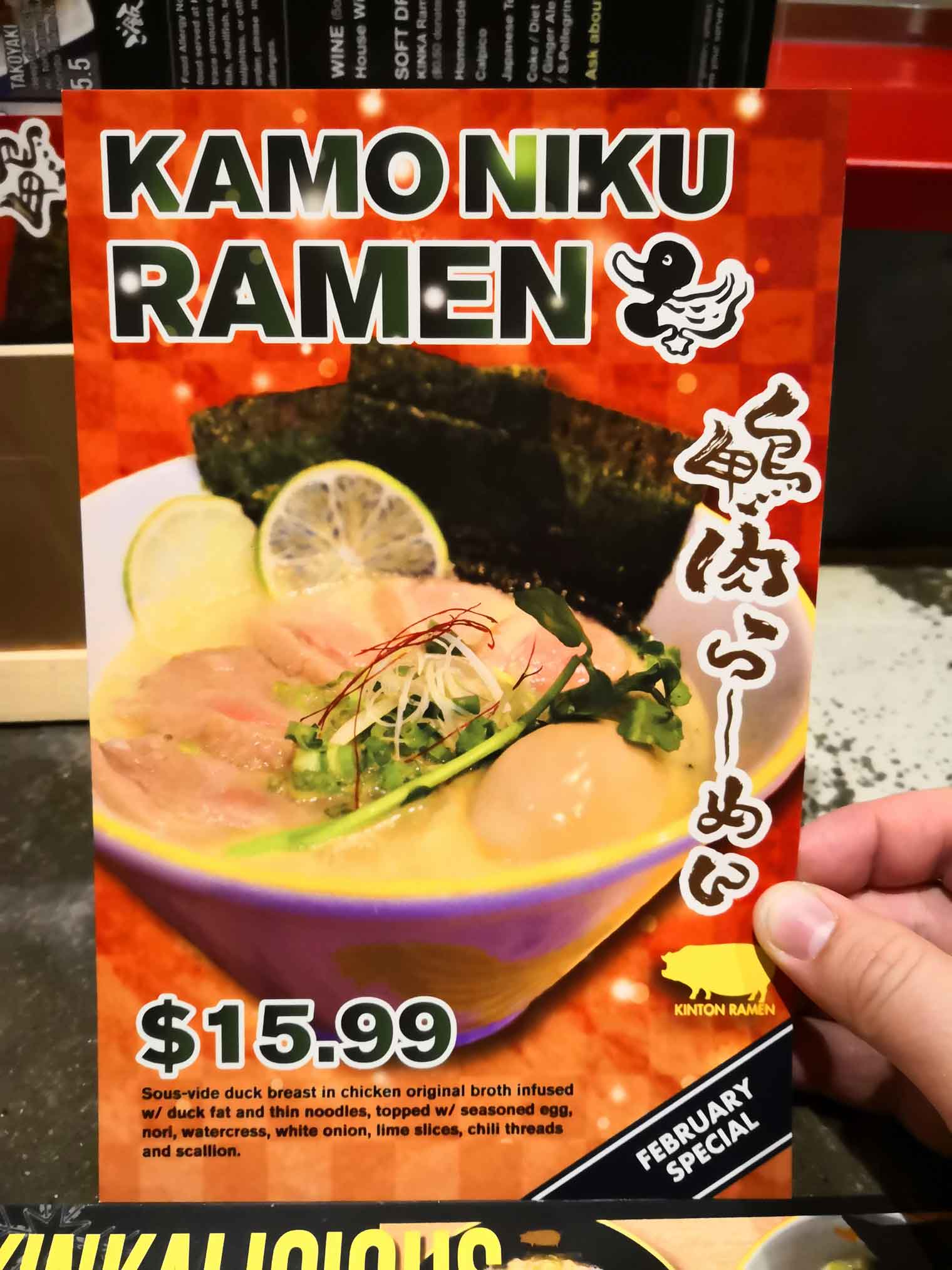 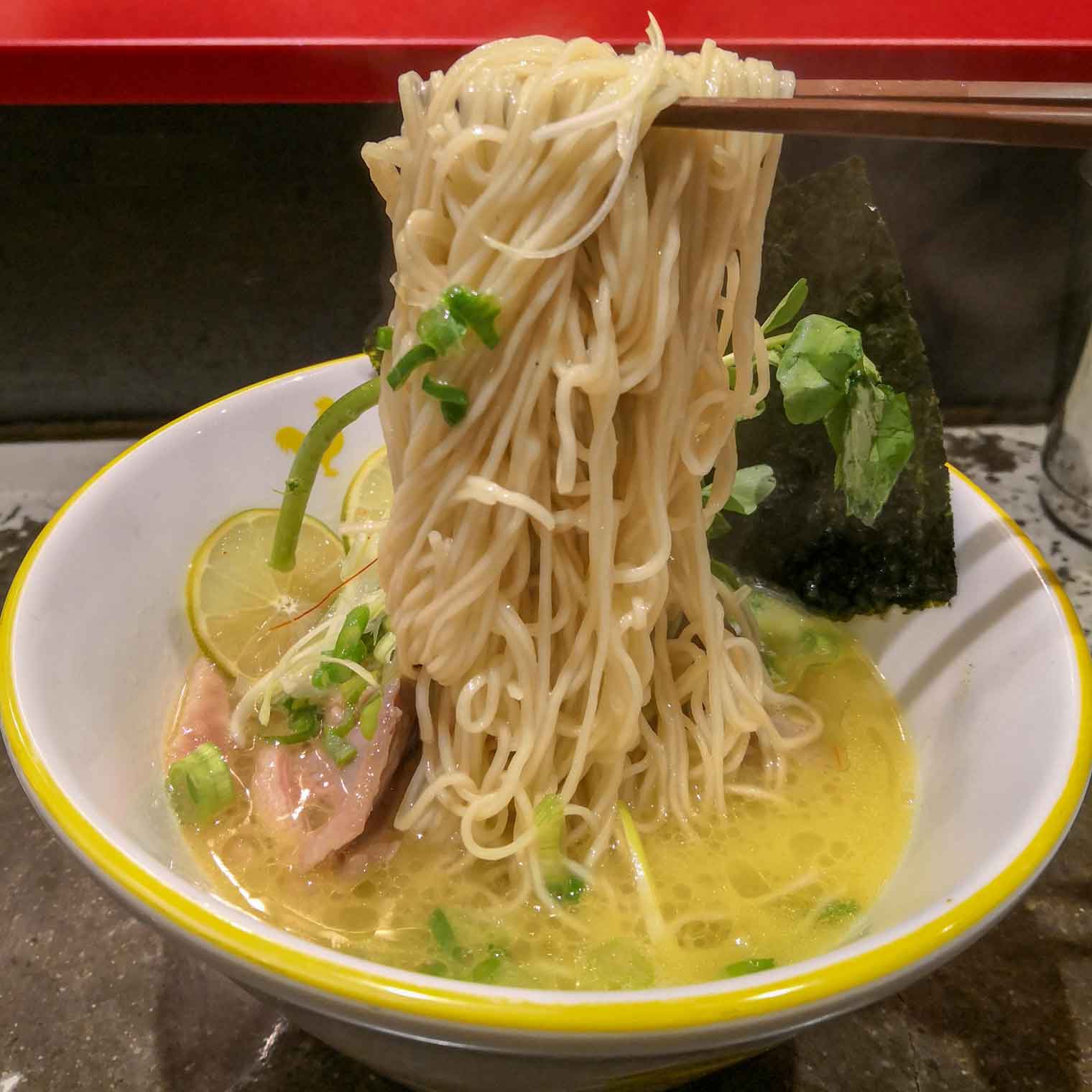 When I first visit Kinton back in 2012, their pork belly cha shu had impressed me the most. Their protein options were mainly pork or chicken cha shu, which I rarely see duck on the menu. Indeed, this is my second Kinton ramen with duck cha shu ever since they open. My first experience was a location ramen special at Montreal. Here’s my second duck ramen at Kinton. Kamo Niku Ramen consists of their original creamy chicken broth infused with duck fat. Thin noodles were topped with sous-vide duck breast, seasoned egg, nori, watercress, white onion, lime slices, chilli threads and scallion. Their creamy chicken broth was quite comforting and I like how they incorporated duck cha shu as their topping. If you like to try something different at Kinton, you should give this ramen special a try in February. 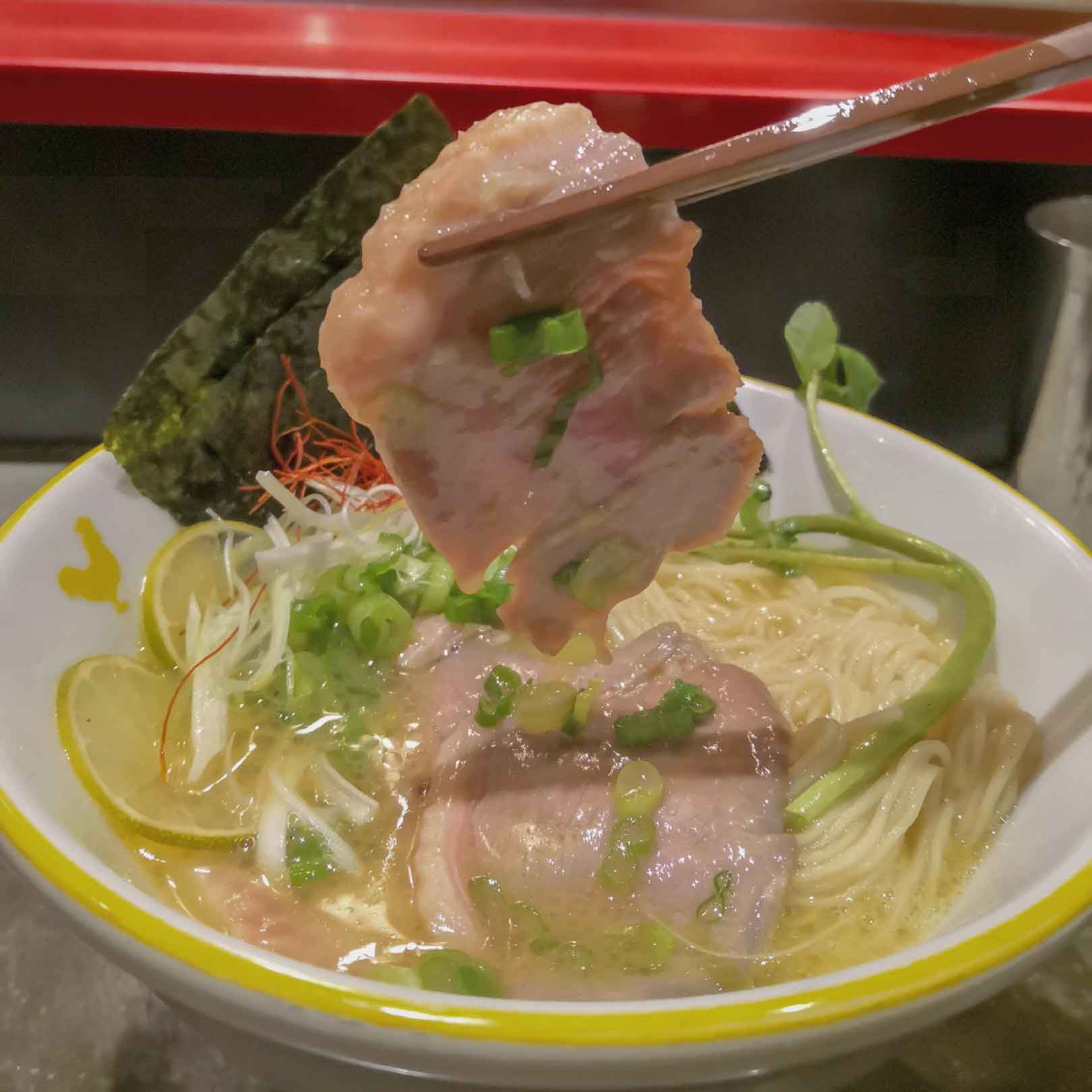 Talking about duck ramen, I remember that I had my very first duck tsukemen at Ramen Raijin in 2014. It was a ramen special from time to time, and it was showcased at Raijin recently at their January ramen special in 2018. Their duck tsukemen consist of light chicken broth with mushroom & truffle oil. Dipping broth was paired with house-made spinach noodles, duck breast, nori, and spinach. If you had missed this ramen special at Raijin in January, you can consider trying Kinton’s Kamo Niku ramen in the month of February. 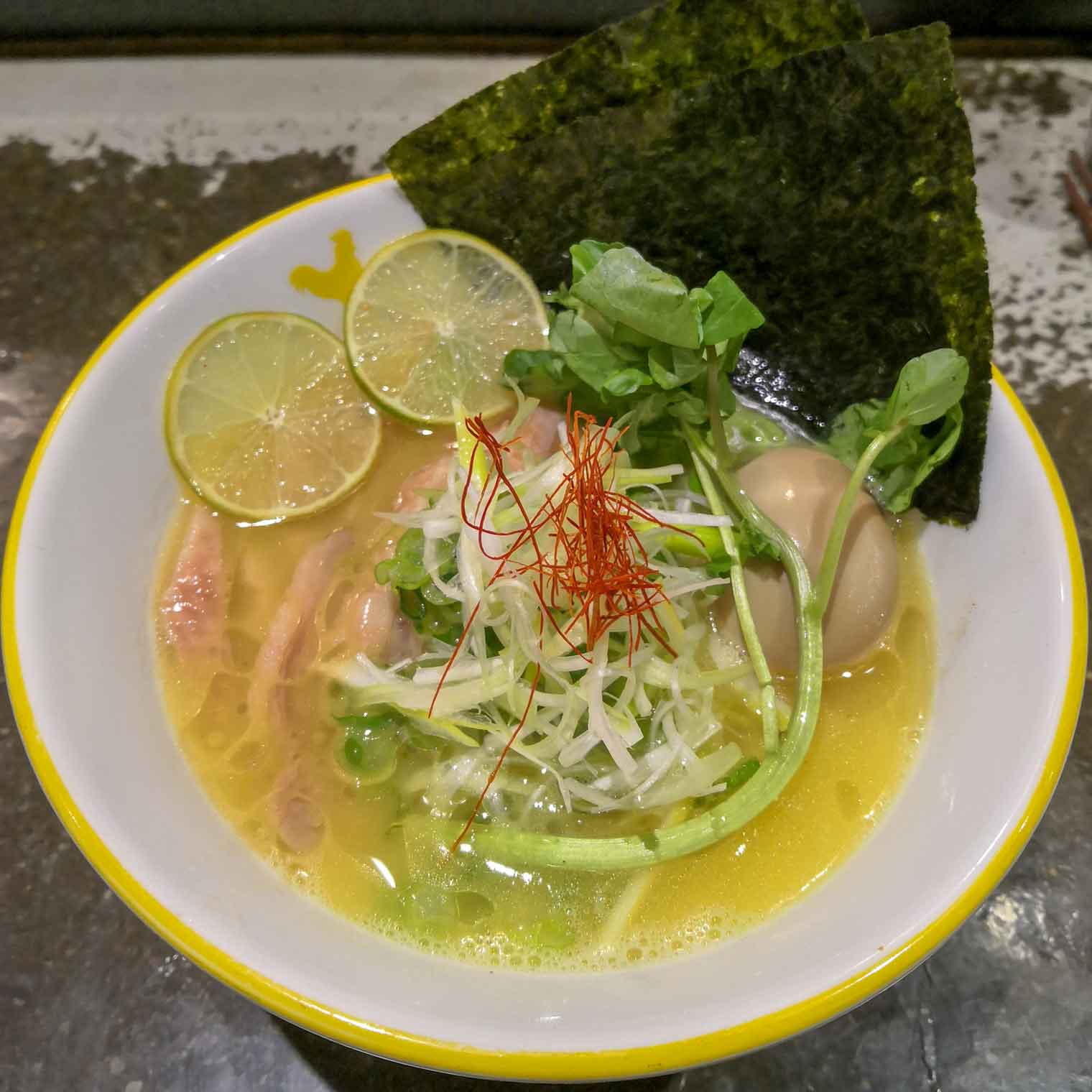 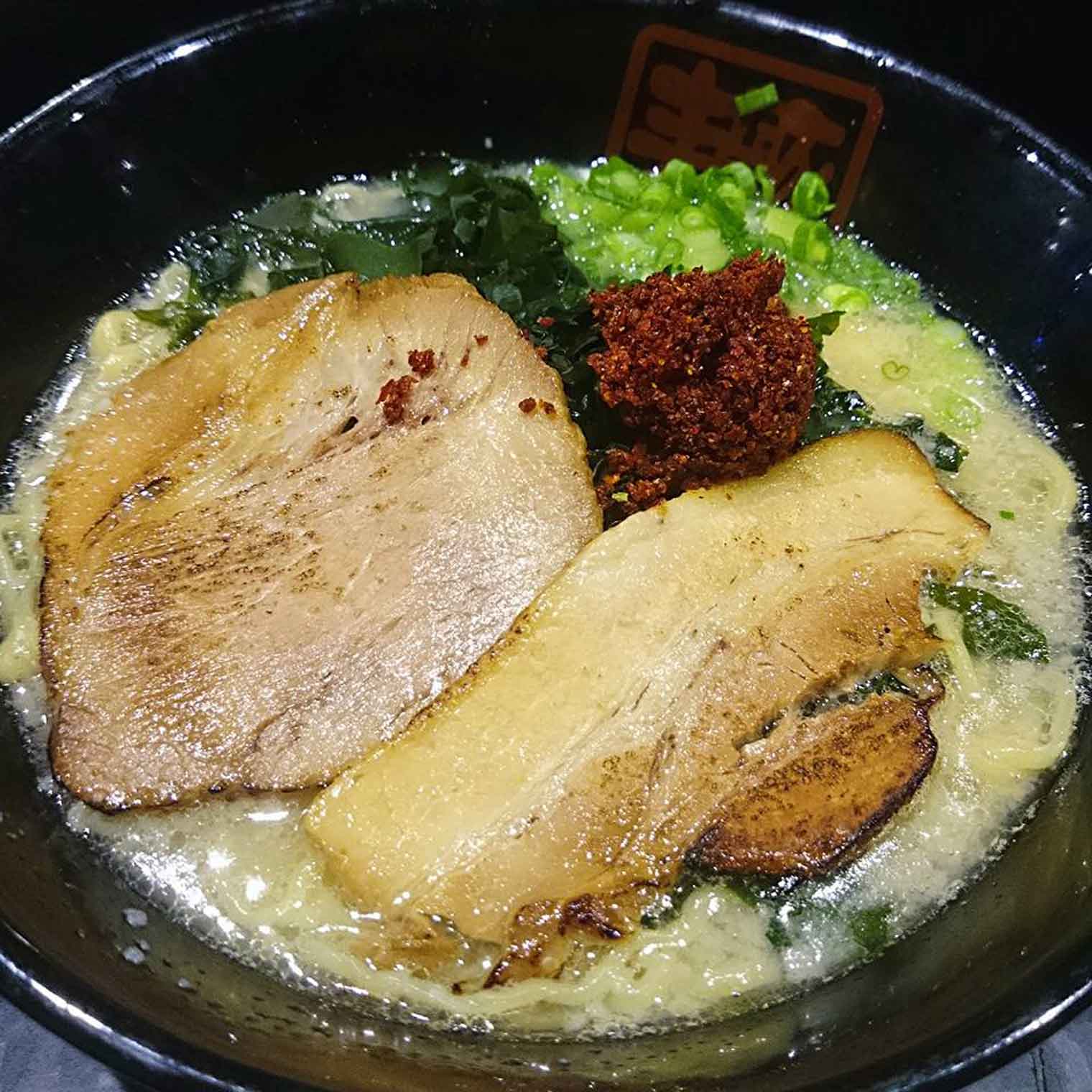